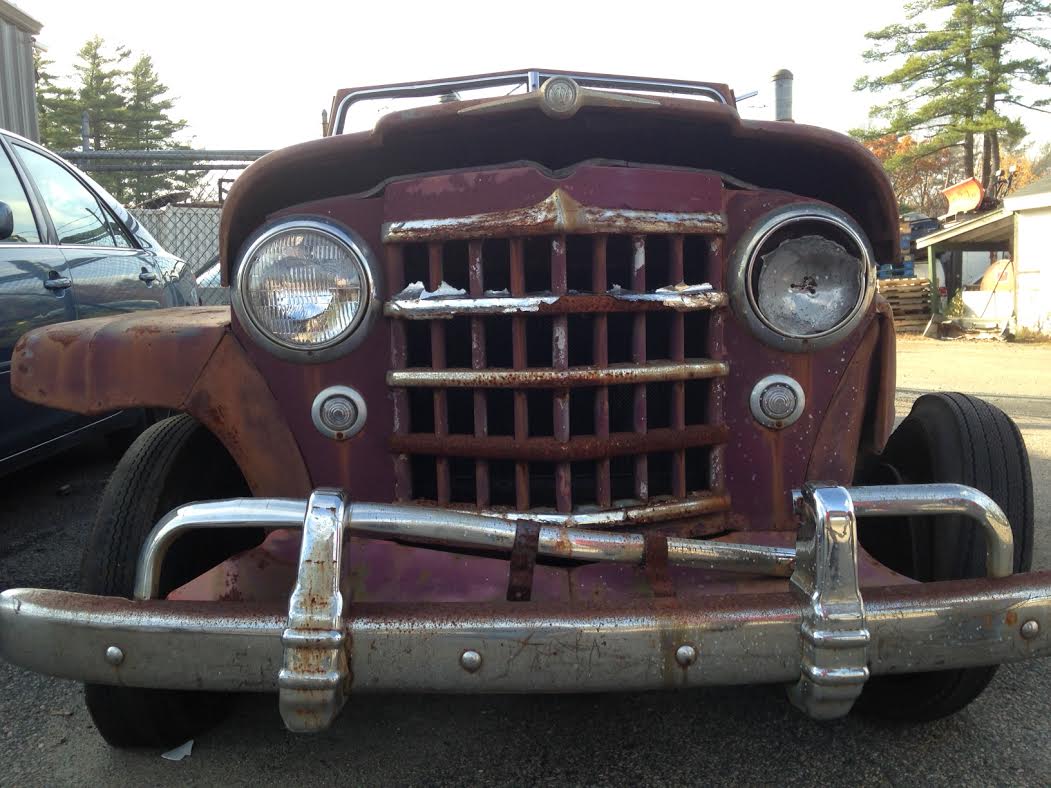 Having been away from the house for the previous week, I was looking to have some fun with the boys as they had the day off from school yesterday. Tom wanted to eat at his favorite diner so we hopped in the car and went zipping off down the road to get some eats. As we were heading to the place we passed a couple of junkyards and sitting outside the gate of one yard was this 1950 Willys Jeepster. It looks as though it had been living in a rough environment for decades as the floors were completely gone and there was little left to save. Parts and pieces, sure but you’d need to be a real freak for Jeepsters to look at this thing and see it as a resto candidate, that’s for sure.

The Jeepster story is an interesting one. Willys-Overland was looking for ways to capitalize on the good will created by its pluggy Jeep during the war and they wanted something to span the gap between their utilitarian trucks and the passenger car market. The unique Jeepster was the answer they came up with. Noted designer Brooks Stevens came up with the looks and while it was a simple design it was a pretty neat looking little rig. Unfortunately not many people thought so and the model was only in the line up for two years before being dropped. Perhaps the most significant footnote that the Jeepster has to its credit is the fact that it was the last true phaeton produced by an American company. What makes it a phaeton and not a convertible? The lack of permanent side windows. That’s right, one of the reasons this thing may not have sold so well is that it simply did not have roll up windows like one would expect. That relegated it to “fun car” status in the cold states and many people weren’t thinking Jeepster when they thought fun car.

This one was equipped with the larger inline six engine and had a three speed manual transmission that was also equipped with an overdrive unit. The handle to engage the overdrive can be seen in the photos below. The boys and I got a kick out of details like the weird placement of the radio to the right and deep behind the steering wheel, the neat dashboard, the stretched out rear bumper to handle the spare tire kit, and the cool peaked front grill.

The boys had never seen a Jeepster in person before. There are few of them in this part of the world and while it as sad to see this one knocking on death’s door it was a great way for them to get up close, personal , and in touch with one. No one cared if we laid our hands on this Jeepster because what were we going to do, decrease the value? If you are interested in this thing, I can get you in contact with the junkyard that has it. Can it be saved? Well, everything “can” be saved but should it be saved?

SCROLL DOWN TO CHECK OUT THIS JUNKYARD FOUND 1950 WILLYS JEEPSTER – 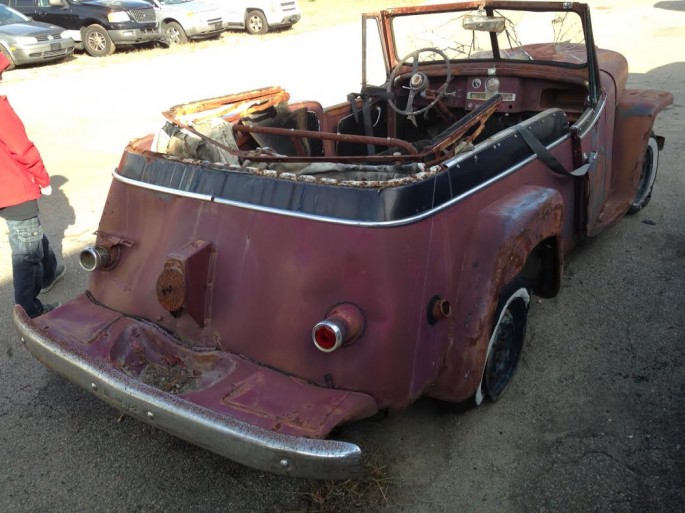 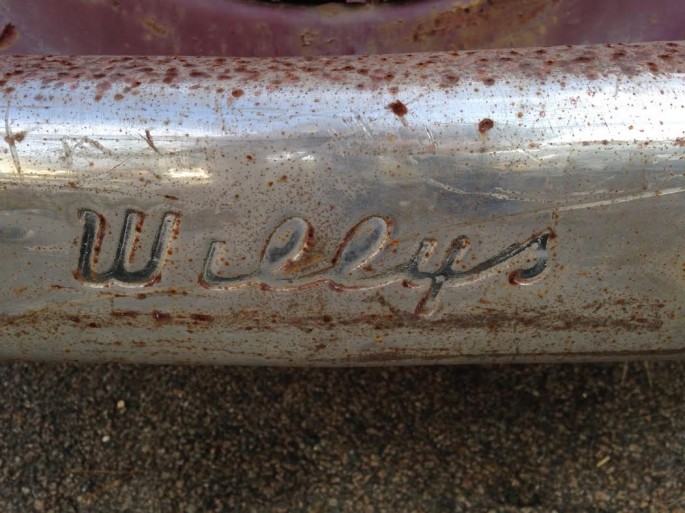 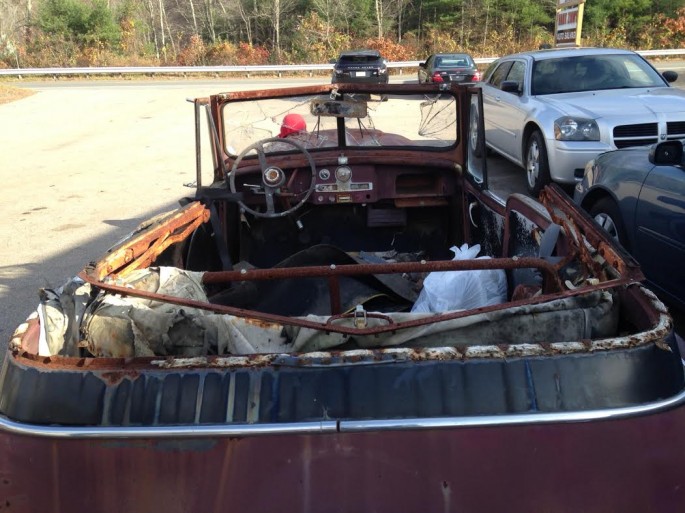 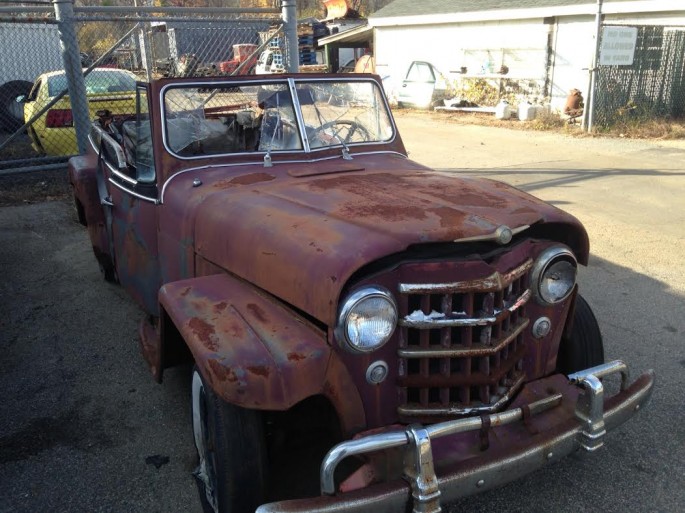 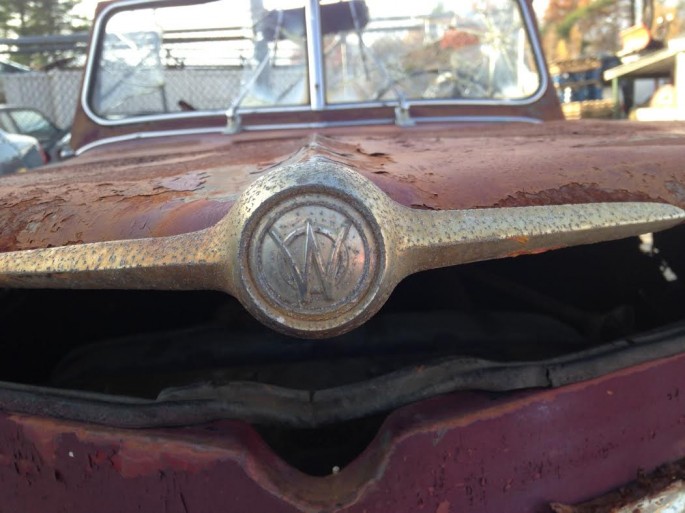 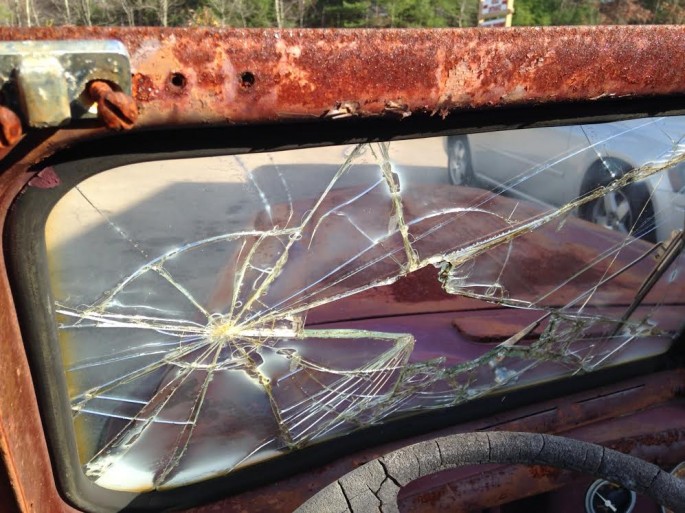 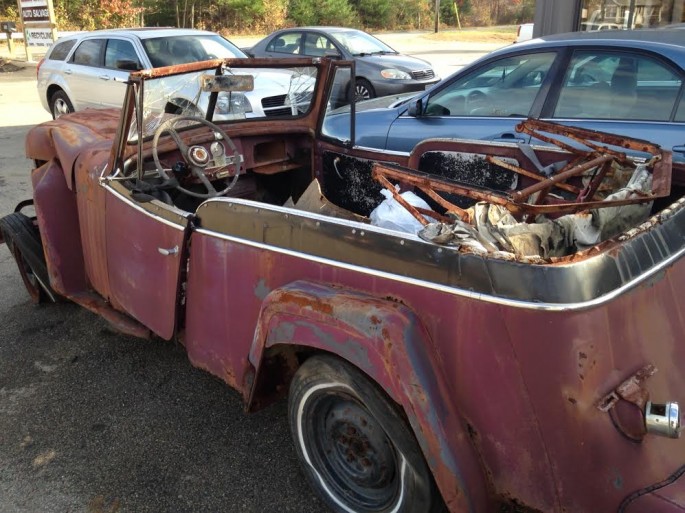 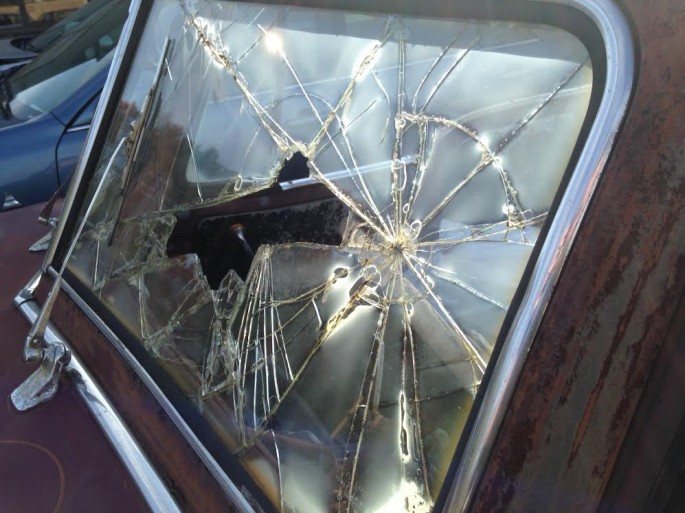 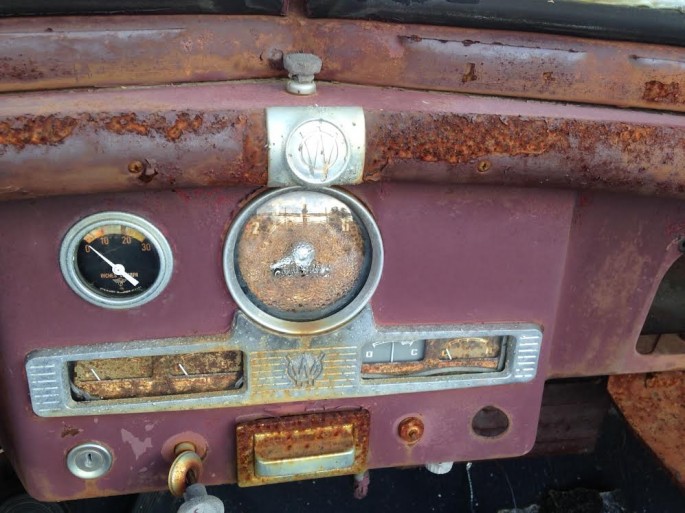 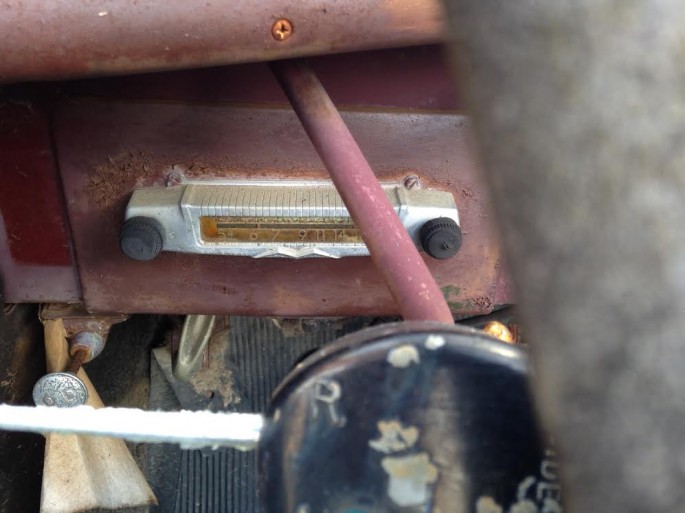 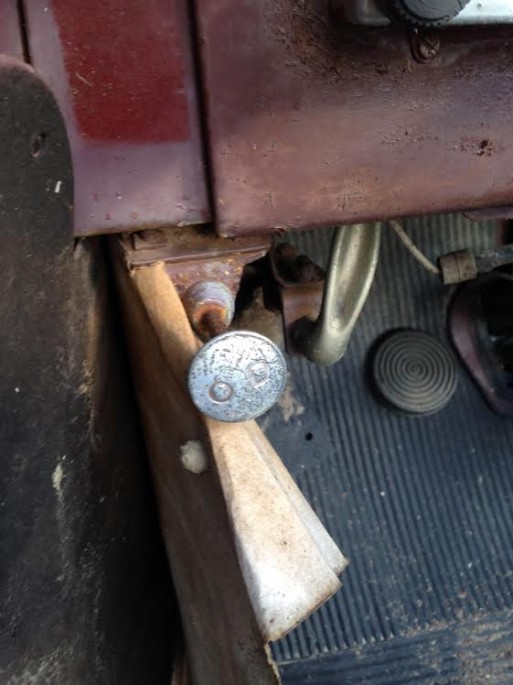 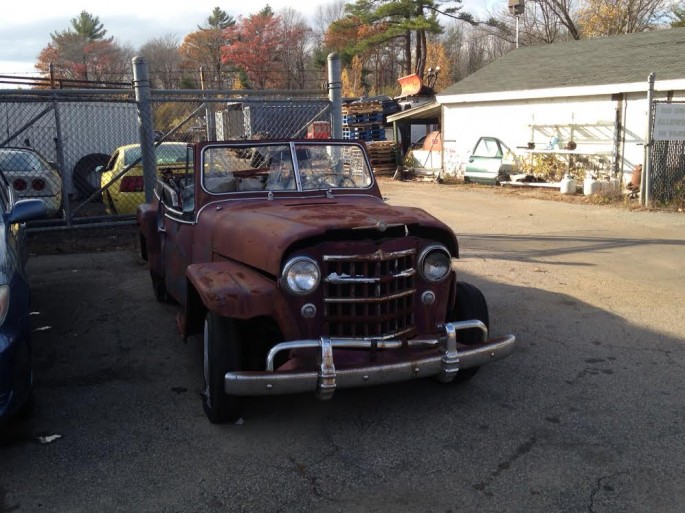 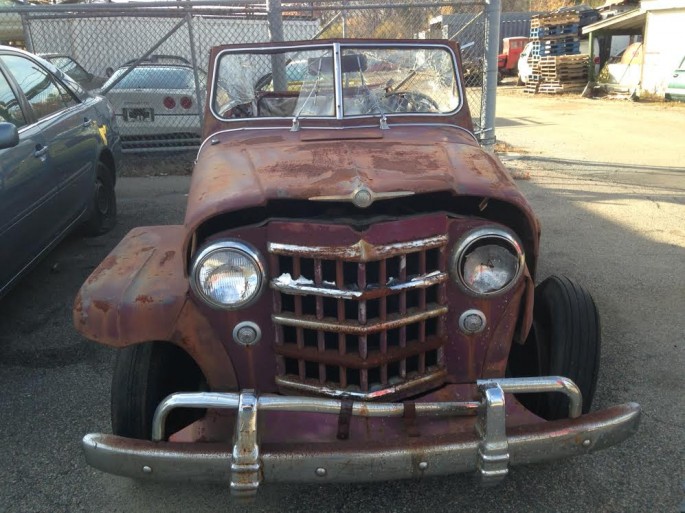 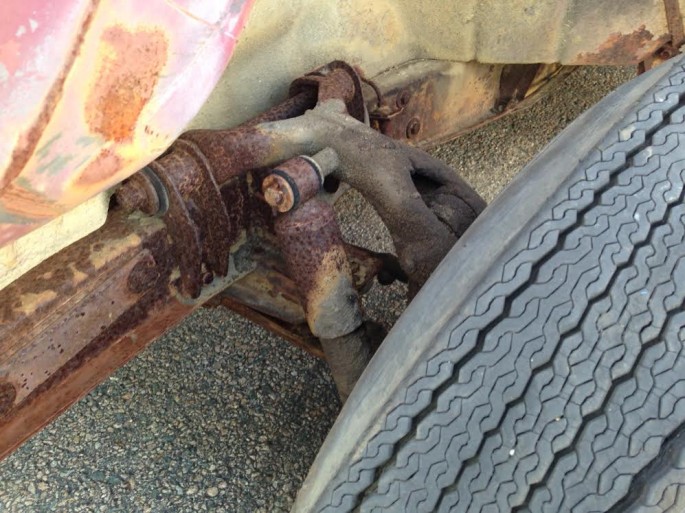 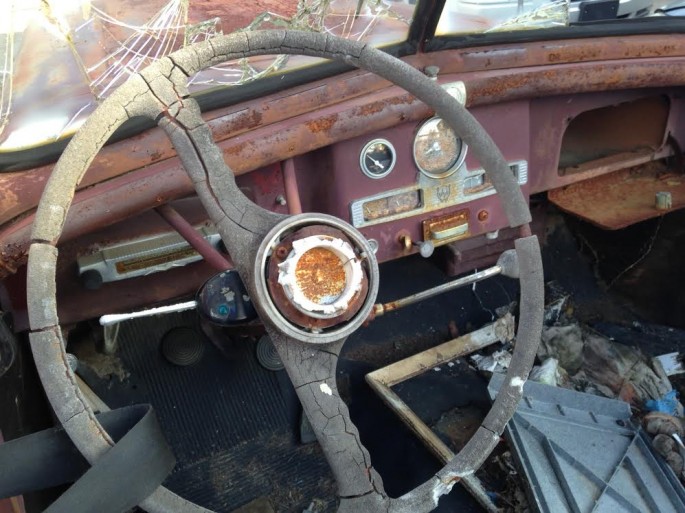 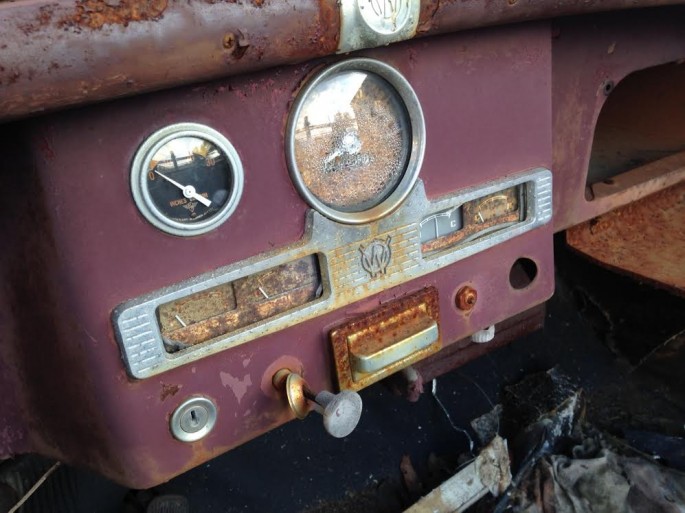 Ken Kelley's 1956 Ford F-100 Is Fat In All The Right Places, Just Like An Effie Should Be And Now It Is For Sale 2014 Boonesborough Boogie Nationals – Muscle Cars Of All Shapes And Sizes