Video: Meet The Coolest Firetruck Ever: Custom Built By Four Companies In The 1950s, It Has 7,000 Miles On it, 4WD and More! 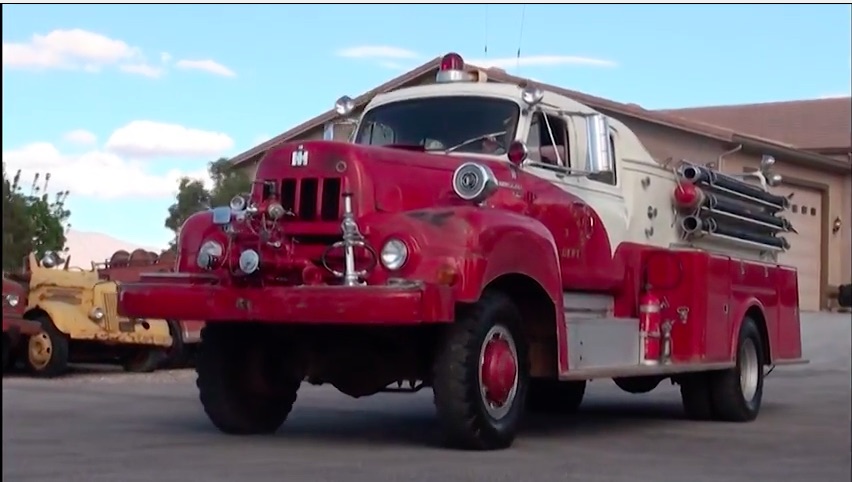 We have showcased many vehicles that OCD Resto has profiled on their YouTube page but none of them has been as cool as this. If you have been living under a rock, OCD Resto’s magic centers around their pursuit, collection, and restoration of the most awesome and rare old four wheel drive trucks and fire trucks you have ever seen. They have topped themselves with this 1957 International Harvester R190 truck. Why? It is one of the most unique fire fighting rigs ever built, it is a one-of-one, it has 7,000 original miles, and it has a complete documented history.

Four companies were involved with the construction of this truck. From the chassis itself at International Harvester to the facility that converted it to 4WD to the Orville company that built the totally sweet three door crew cab, to the fire equipment company that outfitted the truck with the pumps and other necessary equipment everyone had their hands in building this one.

The truck is original and unrestored. It is fully functional. It is amazing.

Just think about a town signing off on paying the ticket for this rig in 1957. They didn’t just buy a fire truck. They bought a fire truck from the most expensive builder of the time and then they added stuff like power steering, four wheel drive, and a custom built cab. As the video mentions, just the shipping alone on this project, moving the thing between the different companies had to have been expensive!

One of the things we found deceptive about the truck on first glance was its size. Until you see it moving with a driver behind the wheel you don’t really understand how large it is.

Boy is this thing awesome and we’re blown away (and happy) that OCD Resto has it in their possession.

The "WTF?" Files: A Flatbed Lincoln, For When You Need To Carry A Load With Class! Make Your Own Tow Hitch! Finnegan Shows You How As He Turns His '55 Gasser Into A Tow Pig!

One thought on “Video: Meet The Coolest Firetruck Ever: Custom Built By Four Companies In The 1950s, It Has 7,000 Miles On it, 4WD and More!”