Gearhead History: This 1960s Swamp Buggy Racing Video Is An Awesome Window Into The Past

Jul 20, 2021Brian LohnesBangShift XL, XL VideosComments Off on Gearhead History: This 1960s Swamp Buggy Racing Video Is An Awesome Window Into The Past 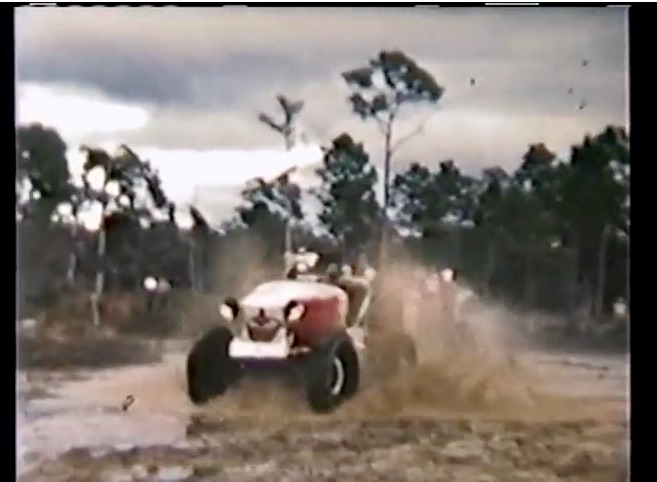 Ahhh, swamp buggy racing. The awesome and totally local form of competition down in the Naples, Florida area has been a favorite of ours since we watched the old American Sports Cavalcade broadcasts in the 1980s and 1990s. This video predates them by decades and is shows the types of vehicles that swamp buggy competitors were beating on back then. The cool thing about this type of racing is how long it has been happening. In loose terms these vehicles have been around since the 1940s and were used for hunting and recreational purposes. Racing started after the second one was built, we’re sure.

The neat thing here is the wide open design and execution portion of the deal. No two these things look the same. Some clearly seem to be based off of army trucks and others are scratch built and look like a vehicle from a Dr. Seuss book. This is where the evolution into today’s brand of racing really seems to have started because there are one or two of these suckers that actually have the basic layout of today’s 1,500hp buggies. Now guys are still racing Jeeps and other slow stuff but the major attraction is the high horsepower class where basically anything goes and it is all about running hammer down and as hard as possible through the turns, the straights, and the ‘Sippi hole.

You’ll dig this video. Because it is 1960s film there is no engine noise but the guy who posted it laid some classic music on top of the video so you’ll be in the right mood for sure. Tell me it wouldn’t be a riot to catch a time machine and hop in the seat of a racer like the ones you’ll see here!

Watch Eddie Hill's Insane Wreck From NHRA Sonoma 1997 - He Was Back At The Track The Same Day! How To Win Class 1, And Finish 6th Overall, At The Baja 500 In A Bad Ass 2-Wheel Drive Buggy