Legends of Puke Hollow: This 1963 USAC Race Film From The Infamous Langhorne Speedway Is Amazing 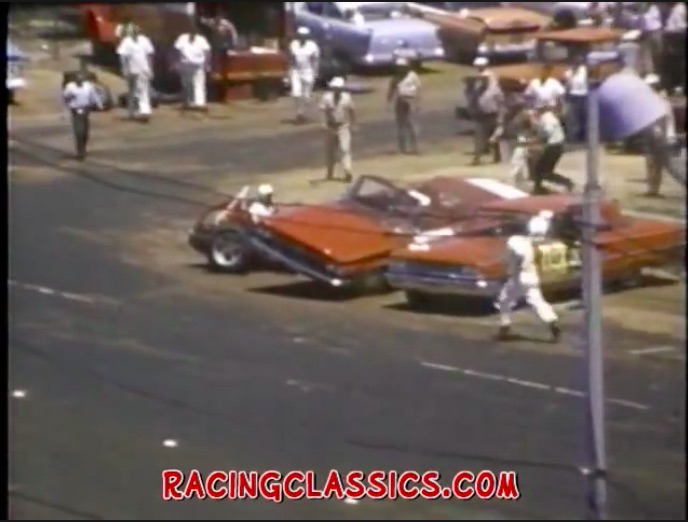 Of all the interesting and infamous abandoned race tracks I have ever visited, the wooded remains of Pennsylvania’a Langhorne Speedway is a top three location. Now behind a department store in a non-descript thicket of woods, Langhorne Speedway was at one time the wildest dirt track in the world. It was a mile of dirt in such a shape that competitors basically did not lift the entire time and as such they ran terrific speeds, which resulted in terrific crashes and a track death toll that was pretty stunning. Multiple Indy 500 winners met their end at Langhorne. The track would later be paved and perhaps a bit more civilized but it was during the time you will see in this film where it really gained its fame.

There’s a reference made to “Puke Hollow” which was the turn two section of the track. This area had a different Earthen composition than the rest of the facility and it would become ruddy, mucky, and violent to battle through. The track tried various things over the years to “fix” this area, including sinking massive concrete blocks into the ground and then spreading the dirt back over them. When checked on a year after being buried, the Earth had literally swallowed the concrete and they sunk into oblivion.

You’ll see some of the greatest names in American racing here. AJ Foyt, Jim Hurtibse, Parnelli Jones, and more. Back in the day, the USAC Champ Car Trail was the road to the Indy 500 and you drove on a lot of dirt to get there. A different world, for sure.

Oh, and make sure you see the guy smash the pace car. That happens early and is wild.

Own Your Data: Tim McAmis Talks Data Storage, Data Ownership, And More For Your Race Car Camshaft Or More Boost? Which Is The Best Way To Make More Power In Your Boosted LS Combo

One thought on “Legends of Puke Hollow: This 1963 USAC Race Film From The Infamous Langhorne Speedway Is Amazing”