This 1968 Ford Truck Commercial Is Crazy And Had To Have Been Fun To Make! Full On Beat-Downs! 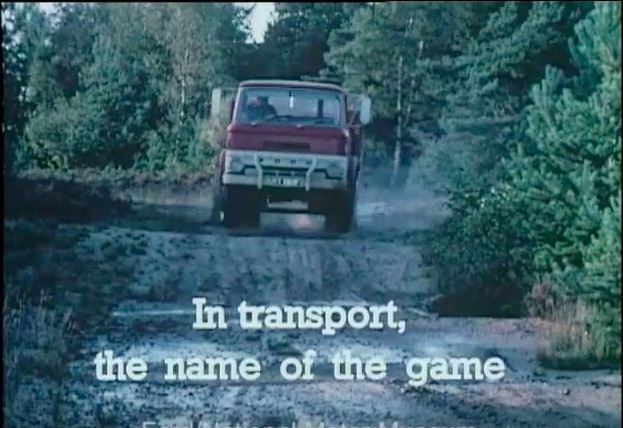 In any sort of job, there are highs and lows. There are things that are fun to do, things that are not so fun, stuff you love, and stuff you hate, right? This actually has to apply to stunt or precision drivers as well. These are the guys you see in commercials driving cars, trucks, and performing the stunts therein. We’re going to guess that when this group drivers got called to participate in a 1968 Ford truck commercial about big rigs, dump trucks, and other yeoman-like vehicles they were not thinking that it would be all that much fun. Boy were they wrong.

This sports themed commercial shows all kinds of winter sports like Bobsled, skiing, luge, and that type of junk. Somehow we’re guessing the performance of the trucks is supposed to mimic or relate to the athlete’s strength, skill, and prowess? Either way, we don’t really give a crap about that as much as we do the absolutely awesome beat job that gets laid on these trucks.

The little Transit thing is OK, it looks kind of neat with under flares chucking rocks at the camera, but the big rig which is being driven by someone who wants to flip it over and the straight trucks…ohh the straight trucks. You will see a loaded dump truck (or “tipper” as they are called in Jolly Ol’ England) get air and just get hammered on. Lastly there is a flatbed truck that is driven over what are basically parking space curbs at speed and the things that the otherwise pretty rigid suspension system on the truck does basically defies description. The dude driving that truck could not have been able to walk to days after this, especially if there were multiple takes involved!

Press play below to see this 1968 Ford Truck Commercial and the mad thrash inside!

One thought on “This 1968 Ford Truck Commercial Is Crazy And Had To Have Been Fun To Make! Full On Beat-Downs!”