2020 Ram Rebel EcoDiesel: The Ram Brand’s Pickup With Personality Is Even Better With A Diesel 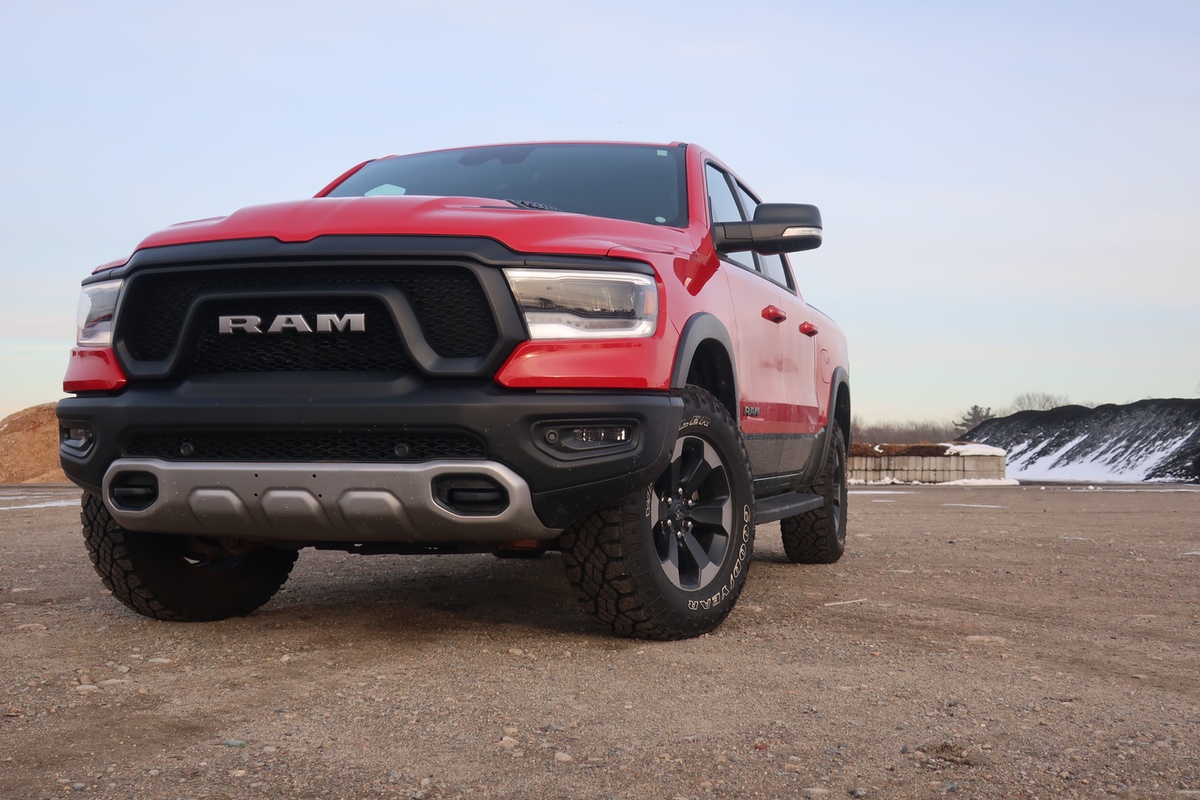 We have been a fan of the Ram Rebel truck since the model came out. Ram has slid us the keys to all of the different machines in the Rebel fold over the course of its existence so far. The V6 truck was underwhelming because of the fact that it looked tough and sounded like weakling. The performance was not exactly awe inspiring and the lack of torque was not going to make the truck that entertaining off-road. The hemi truck sounded good, hauled the mail with the eight speed transmission and definitely made the Rebel feel like the truck it was supposed to feel like.

It also drank fuel like any V8 powered, high riding, four wheel drive truck is want to do. We know that loads of people go this route when shopping these trucks and it makes sense. If you want the tough looking truck in the lineup, the one with a personality, the one that makes itself known in the crowd, why wouldn’t you want the engine that empowers the driver, makes the right noise, and has the guts to back up the looks on and off-road. 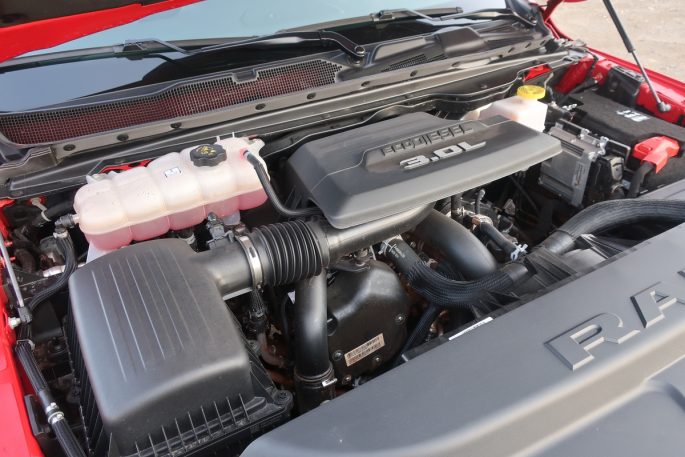 But what if there was an option that gave you all the V8 goodness, none of the V6 weakness, and made the fuel economy of both the engines look farcical. Turns out that Ram has created just that with the introduction of the 2020 Ram Rebel EcoDiesel. The engine’s output of 260hp may not light up your eyes, but 480 lb/ft of torque that is all being made in the part of the power curve where the engine lives its life should. This truck is no flyweight and with the diesel it’ll run 16.1 in the quarter mile and just under 84-mph.

That’s legitimately quick for a bone stock truck and should allay any fears that you’ll be struggling to merge with traffic. Best of all, in low range with the torque available just off of idle, this baby will be a boss off-road. We returned an honest to God 26mpg in mixed driving over the week that we had this truck during the winter and that included multiple stints of 30+ mpg on the highway. This driving was done with the truck unloaded and that’s how the majority of owners will spend most of their time operating it. So the engine package changed the driving dynamics of the truck and the economy of the truck, but what’s the rest of the Rebel about? Read on. 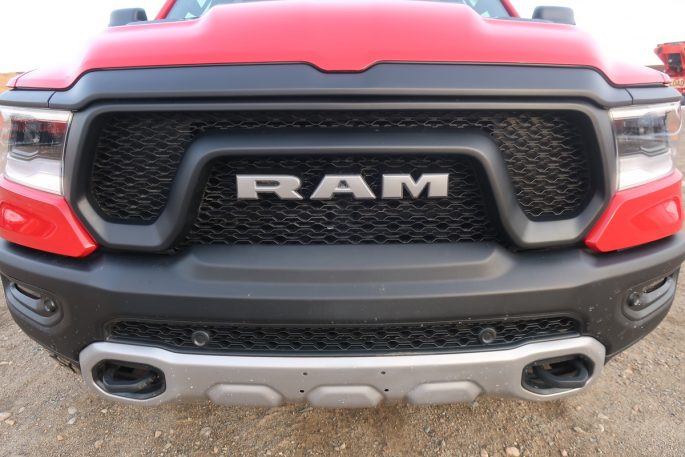 We call the Rebel the Ram line’s “personality” truck because that’s exactly what it is. This truck falls into an awesome space that is seemingly more adaptable, capable, and stylized than anything Toyota or GM are offering, and not nearly as hardcore as the Ford Raptor. Not nearly as expensive, either. This truck, with it’s completely loaded option list and EcoDiesel engine has an MSRP is just over $50,000. A new Raptor will ding your wallet for many more thousands as the base Raptor starts at $53,000 and heads northward from there. You can get into a Rebel for under $40,000. That would be a V6 truck that does not have the air suspension and the upgrades that this one has. Still a capable machine but we’d suggest not driving any of the other options if you are going that route as you’ll have a tough time reversing course. In our opinion, of course.

The attitude of Rebel starts right at the front end and it’s an attention getter. Ram has not made many alterations to this look for a couple of years and we still dig it. People definitely pay attention as the nose is vastly different than any other truck on the road. The more traditional chrome-laden Ram front end does not get near the looks. 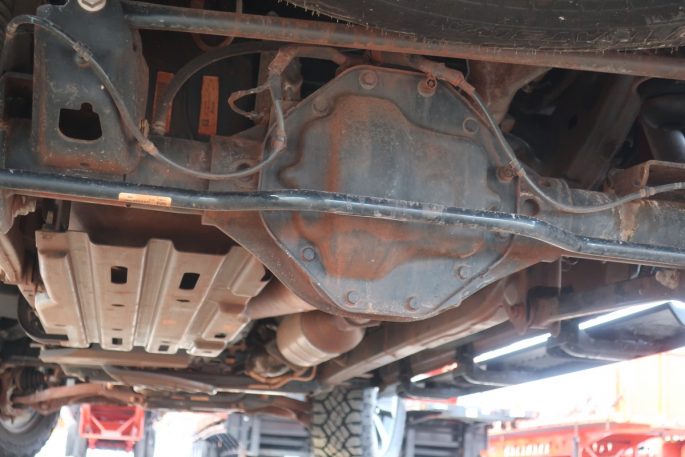 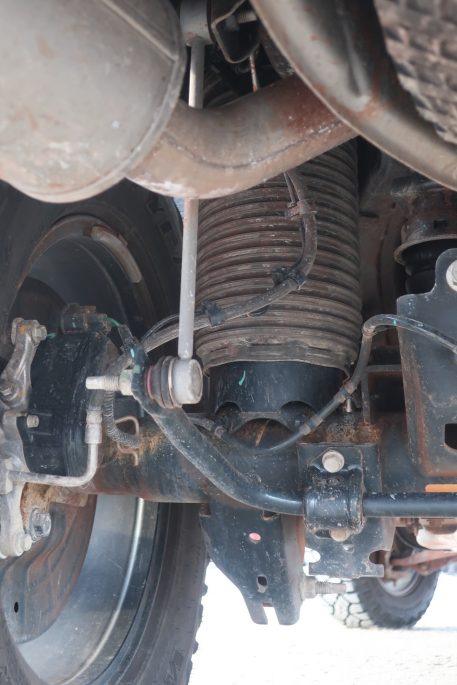 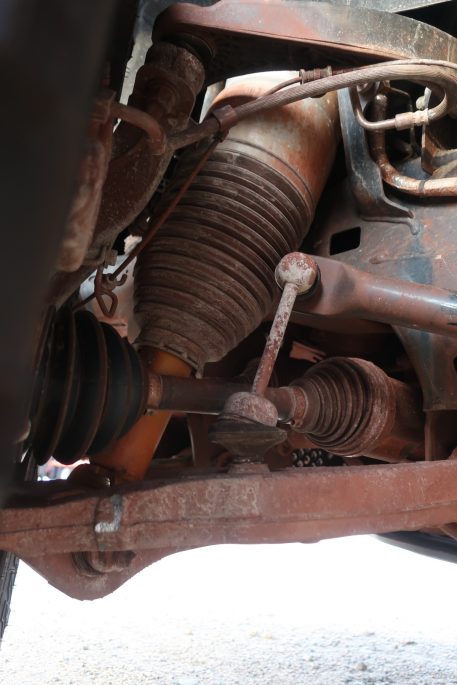 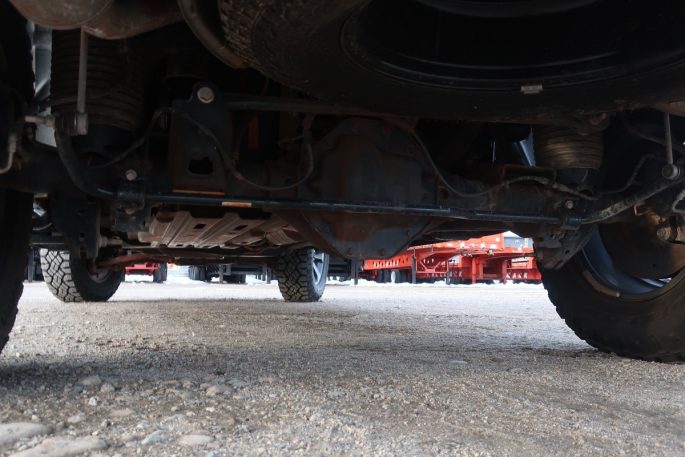 As we said, this 2020 Ram Rebel was equipped with basically all the equipment available from Ram and that included the air suspension that has made the Ram truck brand so popular and the best riding trucks on the market. If you have not driven a Ram on the air suspension you have truly not explored all of your truck options. The truck is smooth as glass on the road, it soaks up all the heaves and potholes as one would expect and the air suspension is integral to the off-road performance of the truck as well. With the ability to pickup some two additional inches of front and rear ground clearance, the machine is more capable than the traditionally sprung examples. Lest you think the air suspension is a gimmick, the ability to drop the truck for ease of entry for kids and shorter people is cool, as well is the positive aerodynamic effect of the truck lowering itself at highway speeds.

If there is a singular reason that Ram has attracted so many car buyers successfully into trucks over the last several years, it is the air suspension. Oh, and if you think that the air suspension is some sort of weak link, the rated towing capacity of this truck as equipped is 12,560lbs. It’ll haul and it’ll haul good. 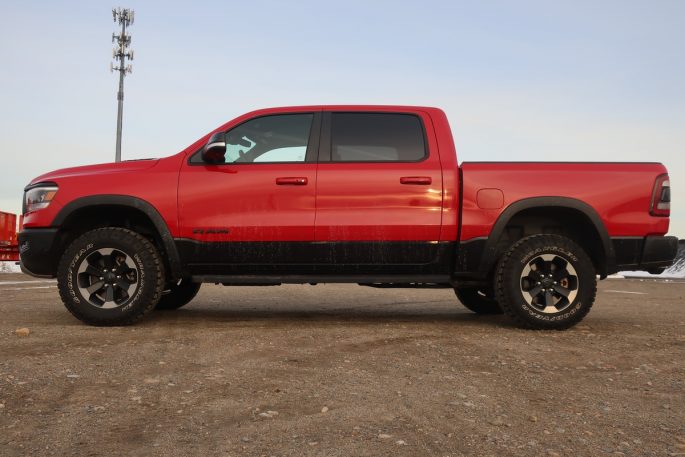 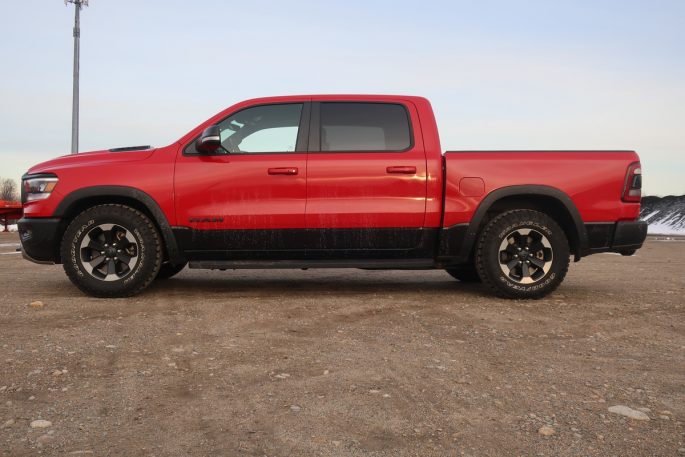 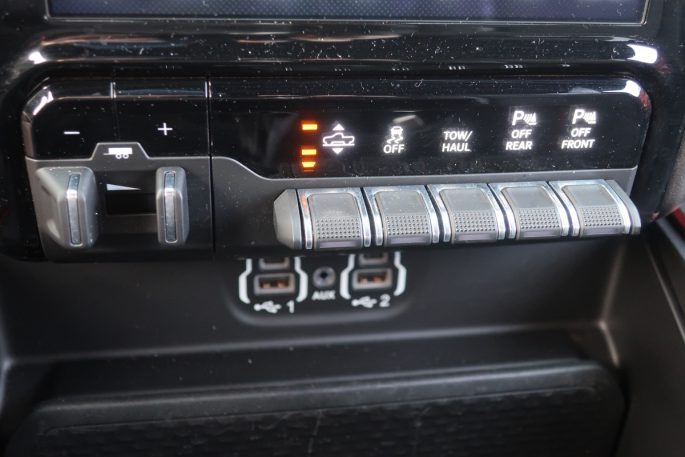 Here’s an example of the suspension at full raise and the suspension at full drop. As you can see, the difference is dramatic for sure. Both of these modes are limited on the speeds of vehicle operation that they will stay engaged for. Once you start to accelerate to road speeds in the lowered position the truck raises to a normal height and the same for the raised position, it lowers when roadway speeds are achieved. If you are crawling over stuff off-road it’ll stay elevated. 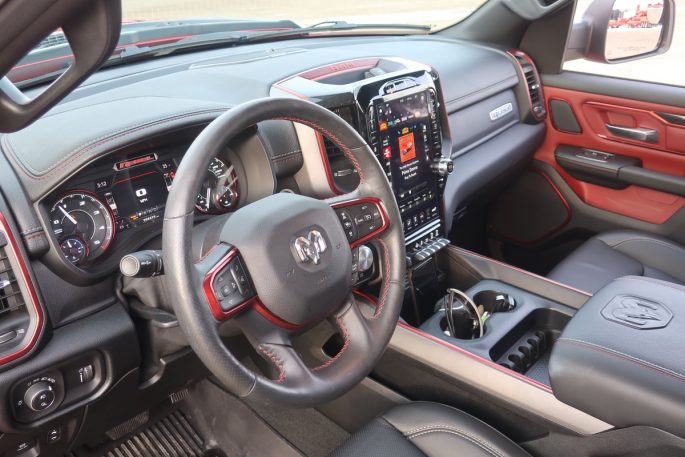 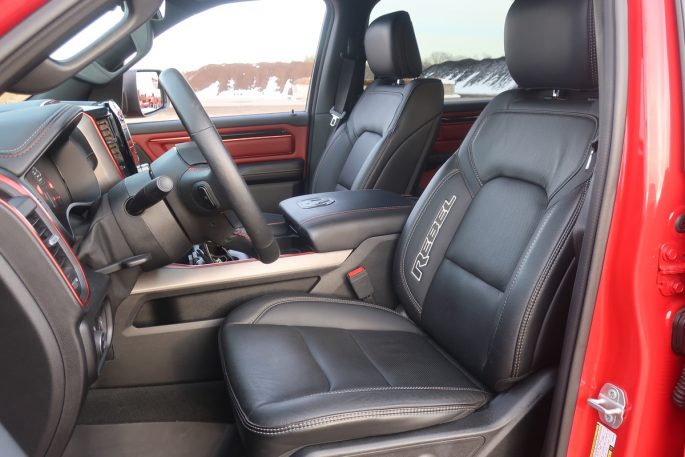 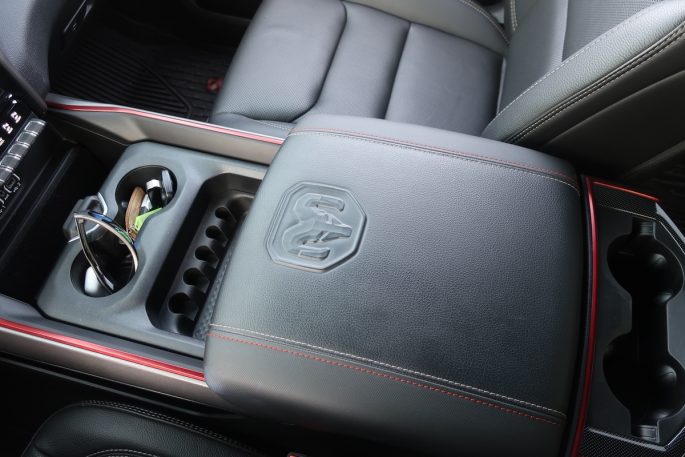 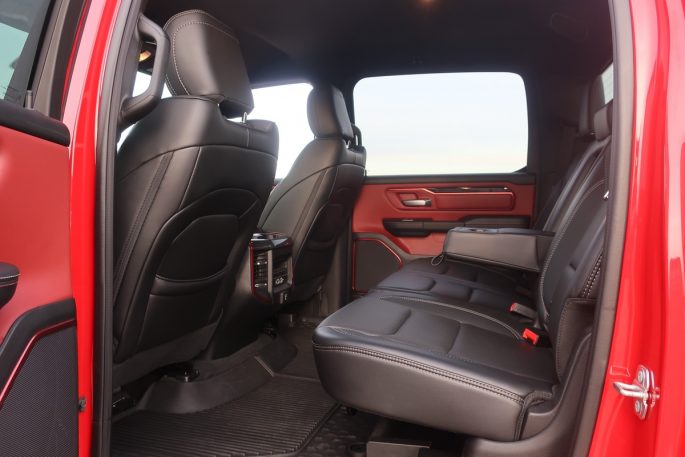 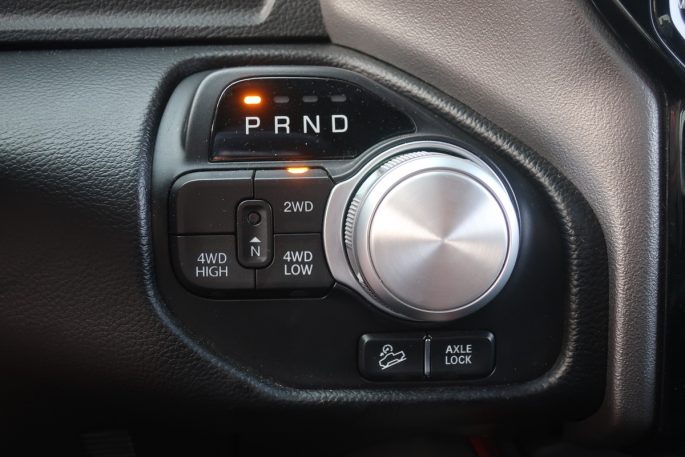 The Rebel’s interior follows the same kind of design ethos as the exterior. It is cool, it is a little more stylized than the normal pickup truck, and it’s spacious like every other crew cab pickup out there. The rear seat room is fit for NBA players. If you cannot fit in the back seat of this truck in comfort, contact the Guinness Book of World Records and have them show up with a measuring tape and a short ladder to get your measurements. The rubber floor mats speak to the truck’s nature as an off-roader. No plush carpet here. To us, the hook in selling trucks like the Rebel is to nail the interior feel and to complete the attitude package that the buyer sees and experiences when they walk up on the vehicle. Stylized Rebel stitching on the front seats, red thread stitching throughout the interior, the cool dash layout, red accents everywhere from the door panels to the steering wheel, etc. The inside of the truck feels as young and fun as the exterior.

Ram’s massive touchscreen is the centerpiece of the whole interior of the truck. It controls every aspect of the HVAC, radio, and other comfort functions as well. There are redundant buttons on the exterior of the screen as well which we liked as sometimes they are a quicker and easier to use option than a flat, featureless screen. This thing is basically an iPad in the center of the dash and while you can hate on it, this is not a trend that’s going backward in the industry. We just hope that Ram keeps some redundancy with the function buttons and does not concentrate all the work to the screen itself.

The shifter is the rotary style that some people love and some people hate. We’re not sure how one can get totally passionate over a gear selector but to each their own. Note the “axle lock” button. This truck has an electronic locker in the rear end. 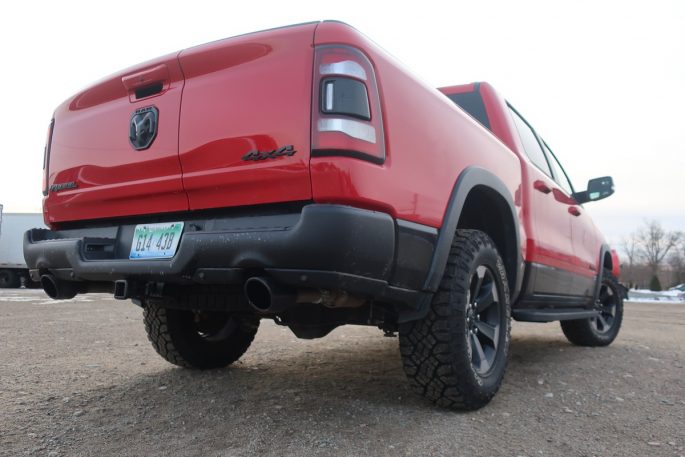 What’s the deal with the split in the tailgate? Let’s explore it in this video interlude! 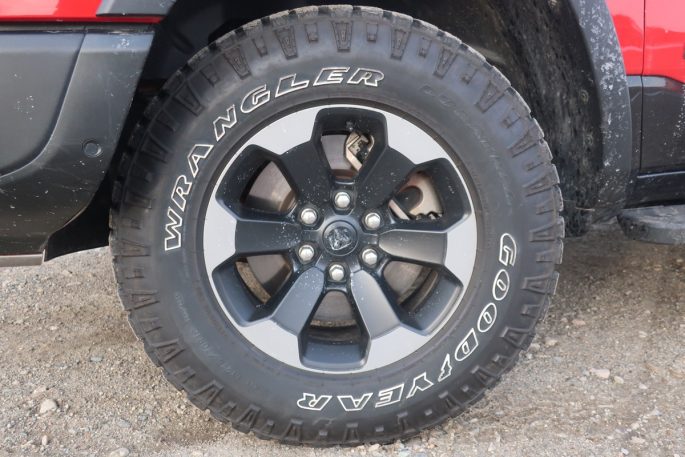 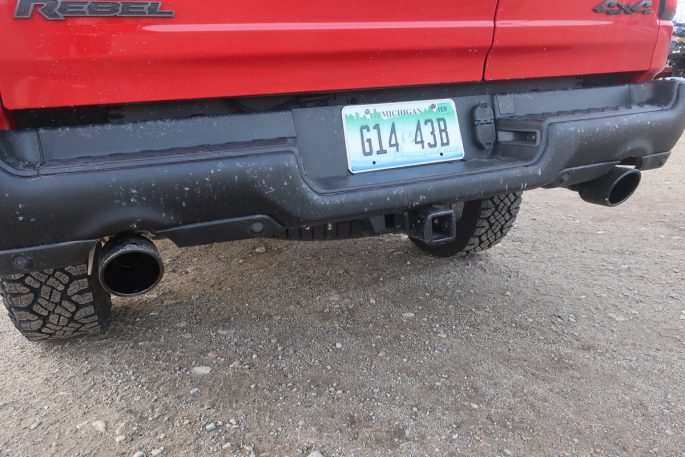 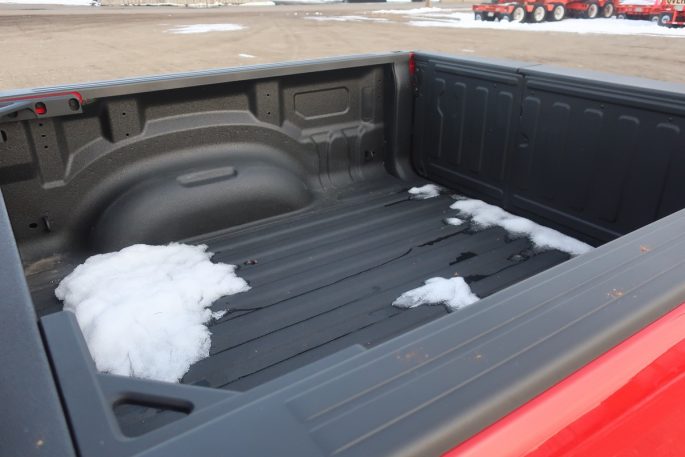 The truck’s other exterior touches are pretty basic but worth noting. This Rebel has the optional “Rebel 12″ package which includes the 12″ touchscreen inside the cab, the 18” aluminum wheels you see here, and the 19 speaker Harmon Kardon stereo. Ram trucks have virtually all had the “double bump” bumper with dual exhaust outlets. Because this truck is a diesel V6 the sound is not exactly roaring or racy but it does have some throat to it when you nail the throttle. Finally, the short bed on this truck is lined and as you can see there are cargo tie downs as well. Form following function here. 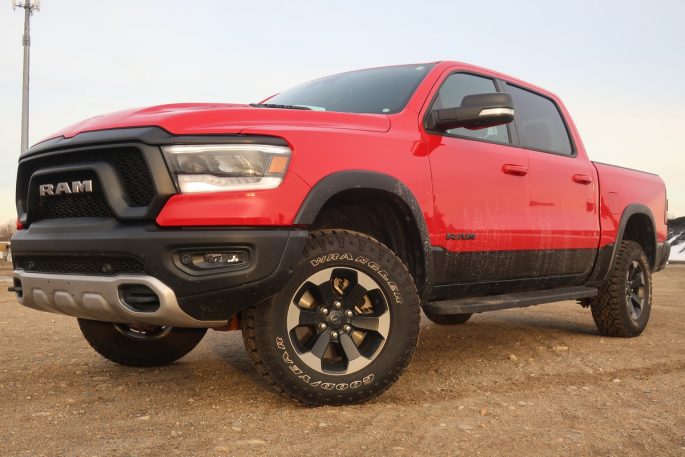 So, the final verdict? We kind of gave it to you at the top of the page but the reality is this. If you are going out to buy a half ton truck and you do not want the same old, same old you have to consider a Ram Rebel. If you don’t want to be the guy who’s truck blends into everything around it, you have to look at the Ram Rebel. If you want to have diesel performance with the best riding suspension in the market, you have to look at Ram Rebel. If you have a budget that’s around 50k you could drive this particular truck off the lot but if you have budget of $38-45k you can forego the diesel engine, have all the cool stuff you see here and power the truck with a gas engine.

The Rebel is truly one of our favorite rigs for sale today and as far as we’re concerned for a stylish, fun, daily truck it gets no better than this one.

Tim McAmis Talks Driver's Compartments: Why Do So Many People Put This Area On The Back Burner? American Powertrain Parting Shift: Grabbing Gears Two Sticks At A Time In A 1965 Mack With A Triplex Transmission

7 thoughts on “2020 Ram Rebel EcoDiesel: The Ram Brand’s Pickup With Personality Is Even Better With A Diesel”