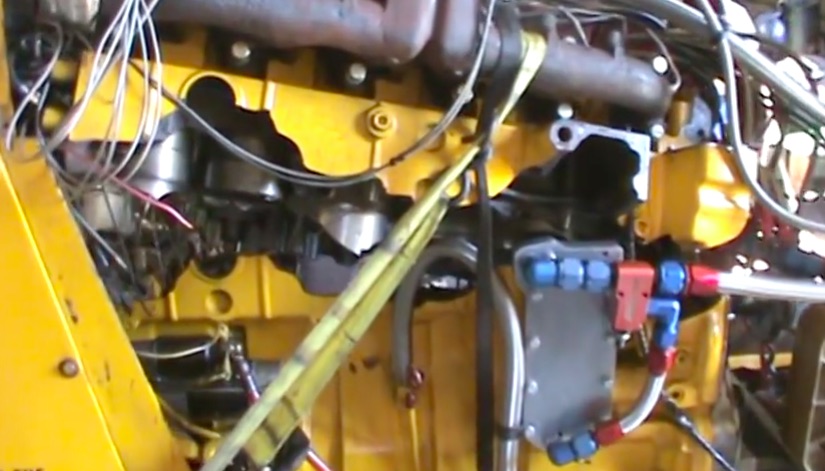 Boost. It is that magical thing which turns mundane, run of the mill, engines into heroic piles of iron and aluminum. It can also turn those heroic piles of iron and aluminum into broken and costly piles as well. In this video we see that. A Minneapolis-Moline pulling tractor powered by a highly modified 8.3L Cummins inline engine. When you watch the video below you have to stick with it. The first couple things that you will see come from the pull itself and the moment that the engine expires. The massive and immediate pressure release is so violent it blows the hood right off the tractor. So where did the boost escape from?

The block came apart like it had a zipper holding it together. This engine was likely making 400-500% more power than it came with when new. These 8.3L engines were worker bees, not hot rod plants. They powered buses and trucks. The most powerful versions from the factory made 400hp and 1,200 lb-ft of torque and powered fire trucks.

This tractor is worked to the nines and you can see some of the guts hanging out where the block split and left about a foot of gap between the bottom half and the top half. What’s really wild when you look at the remains of the engine is how so many of the pistons are all just jammed up in the bores and most of the rods are down in the bottom of the block.

There’s a load of money tied up into building one of these big diesels into a machine like you see here. Hopefully they were able to save some stuff from this engine to put towards the next. The block obviously was not one of those things.

Funny Old Video: The Pinto vs The Vega Wagon On Car And Track Back In The Day Watch This Awesome Group 5 1978 BMW 320 Rip Around Goodwood - Angry Four Banger!