Best of 2019: The American Powertrain Parting Shift: 9-Gears, No Mufflers, An A Detroit Diesel 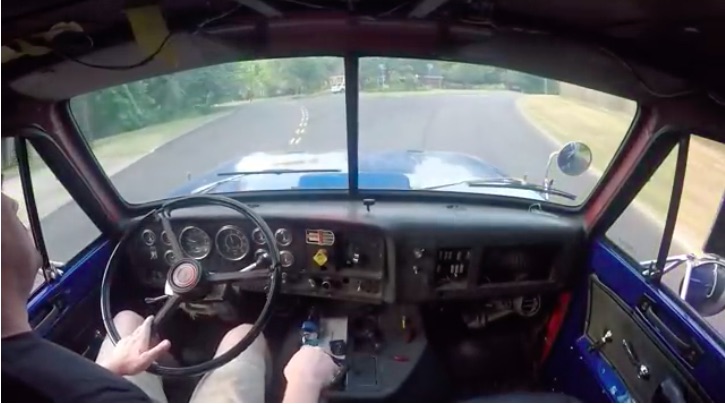 Any video that proclaims glee in breaking local noise ordinances is just fine with us! Here we take a ride in a 1985 GMC Brigadier truck as its owner leaves the local fueling station and cruises it around some. Equipped with a nine speed stick, he floats the gears as he makes his leisurely drive, occasionally leaning into the throttle to take the Detroit’s basso rumble into a full on roar. The truck has twin straight pipes, hence the level of furious noise that it produces and boy is it fun to listen to.

Driving this thing across country or maybe even across the county on a day to day basis would result in the need to learn sign language before too long but as a recreational vehicle, it is just the right amount of tremendously noisy.

The engine is a 6V92TA and being a truck from the middle 1980s, it is among the last of the line in terms of a factory installed Detroit Diesel. Who could’ve predicted when those engines were first crafted like 80 years ago that they would live as long and as successfully as they did. Their basic modular design meant that there was literally a solution to every application someone cold dream up from bulldozers to trucks.

Bark free Detroit! You’ll get the citations in the mail we’re sure.

Best of 2019: Beater Heaven! Listen To This Lincoln LS Drift The Day Away At King Of The Heap! Best of 2019: Quintin Brothers' Dodge Challenger Scat Pack - Call This One The Hellraiser!

3 thoughts on “Best of 2019: The American Powertrain Parting Shift: 9-Gears, No Mufflers, An A Detroit Diesel”