Amazing Video: Here’s How Locomotives Were Overhauled In 12 Days Circa 1938 England 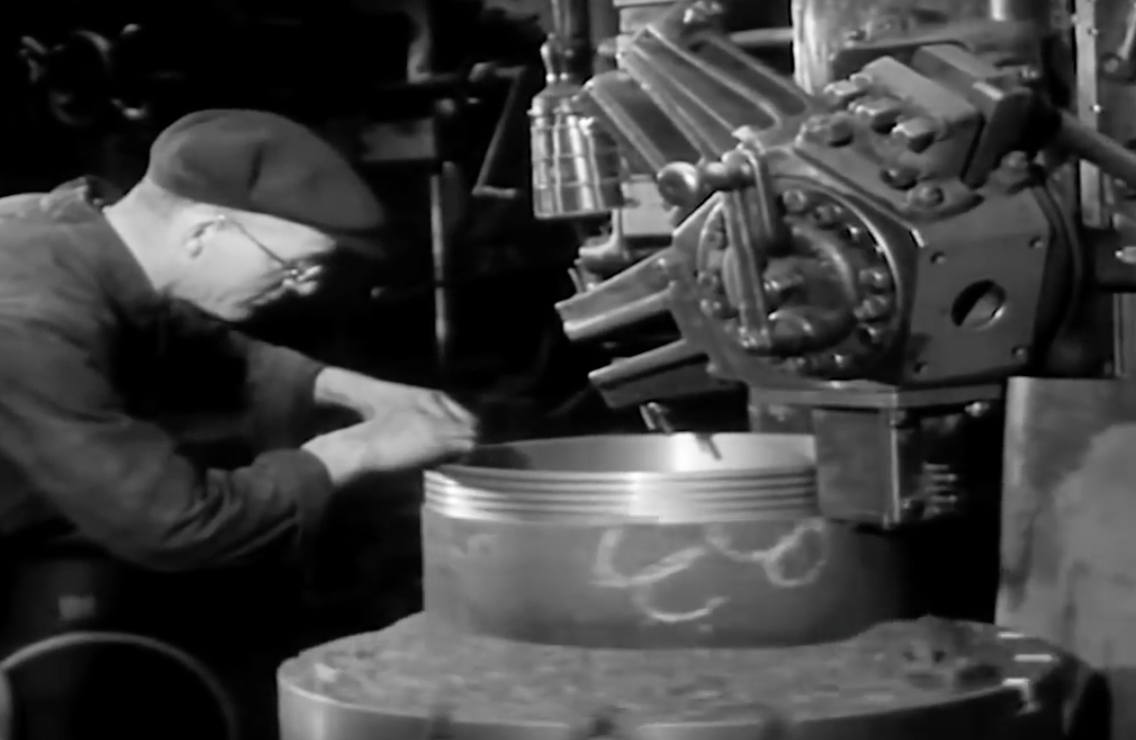 We have showed you lots of cool videos of old locomotives being built but this is the first one we have ever showed you that illustrates the process of a locomotive being overhauled and it is one of the neatest things we have ever watched. Made in England back during 1938, you are going to see exactly what the engines of the day went through when they reached their 120,000-130,000 mile overhaul interval. The 12-day process included complete disassembly, service of parts, replacement of parts, and then five days in the paint shop to really spiff the old girl up. This is also proof that the paint guys were slow in 1938 so it is not just something that happens today. (C’amon paint guys, just messing around…put down the knives!)

To us, this whole process is fascinating and wait until you see how many people it employed. The area where the engines were rebuilt is massive and because the rail service of the country was its backbone at this time in history you can understand that the work was never ending. From the moment it pulled into the “erection area” (which is an unfortunate name, we agree), to the moment it pulls out of the paint barn, every job, every minute, is timed and monitored. Because of how many trains there were, delays could not be afforded and all the room in the place was being used at every minute of every day.

Wait until you see a guy literally climb into the boiler and inspect it from the inside, the moment when the massive cranes literally lift the engine off of its axles, and how many guys it takes to pull off and reinstall one of the huge connecting rods that make the wheels move. The gearhead parade of greatness is never ending. You will see the massive piston rings being cut, cylinders being bored, and wrenches swinging everywhere. This rules!

Press play below to see the awesome process of locomotive rebuilding –