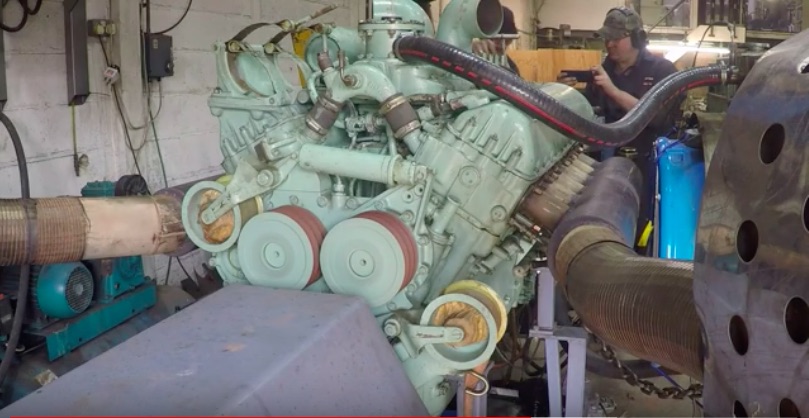 We’re no geniuses around here but we think we know the formula to coming up with a good engine. Start by basing it off of one of the best engines of all time. Continue to tweaking the design just enough to allow the thing to be more reliable than a concrete block, and finally place it in an application where it can really shine. We didn’t come up with any of those concepts but all of them are what allowed the engine that you see here, the Rover Meteor (which started as the Rolls Royce Meteor) to be such an all-star over the course of its life.

This is a 27-liter V12 that was used in vehicles like the Cromwell tank. It’s basic design comes from the bad ass Merlin that was used with such success in airplanes to save the skies during WWII. When a tank engine was needed and the British government came knocking to Rolls Royce they surveyed their already stretched engineering department and tried to find the path of least resistance. That’s why the Meteor was based off of the Merlin and it isn’t like that is a bad thing. In fact, it’s the best thing! Hell the first prototypes were made of Merlin parts from crashed planes!

The direction of the engine had to be reversed to work properly with the automotive style drivetrain of the tank this thing was heading into, so that was the first order of business. Ditching the supercharger, all the junk necessary to drive an airplane propellor, and other non-needed airplane stuff made the engine super simple to work on and build. The one airplane function that was kept were the dual mags and twin plugs per cylinder.

Now for the best part. They install one of these engines in a tank and it is estimated to make about 600hp. They take it to the testing grounds and the thing is so fast they have trouble measuring its speed for their report. They went with an estimated speed of more than 50mph. Yes, this engine would do just fine!

By the time the last version of this engine had gone out of production it was 1964 and nearly 10,000 of them had been made. The Rover Meteor was one of the best military engines every produced and its roots were in the skies over England!