Awesome Video: This Is The Craziest Plow Demonstration Ever – Train Tracks, Rocks, Plowing The Forest Floor! At Speed! 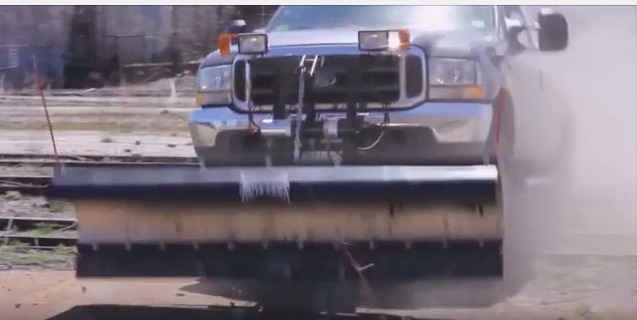 This could be the most BangShift approved plow demonstration video ever created or that ever will be created. The crew at Pathfinder snow plows wanted to show off how tough their polyurethane bladed plows are. These do not use a spring loaded trip edge like other more traditional steel bladed plows. Instead they rely on the flexibility of the edge itself to handle the impact. How did they decide to show this off? By hitting stuff like train tracks at speed, by veering off the side of roads and plowing the shoulders at speed, by plowing the forest floor at speed! Note that we have not mentioned snow yet…there is none! Yes, you will see some footage for the first minute with snow but after that, this is full on attack mode.

Along with the beating that the plow takes, how about the truck?! There’s a couple of Fords that really get the business in this one because they are the battering ram behind the blow blade and we want to emphasize the BATTERING part of that. Pure wickedness on display here. We have literally seen nothing like this before and now we’re praying that other manufacturers escalate this into something even crazier…if that is possible.

One thing we will give Pathfinder lots of credit for is proving how tough those poly blades are because…wow.

Press play below to see the most wild plow demonstration ever –

Stay In Shape: This Video From QA1 Talks About The Importance Of Off-Season Suspension Maintenance For Drag, Street, and Circle Track Cars The Lamborghini SC20 Is One Of The Wildest Things They Have Ever Built And You Can't Have It

2 thoughts on “Awesome Video: This Is The Craziest Plow Demonstration Ever – Train Tracks, Rocks, Plowing The Forest Floor! At Speed!”