We’ve all but abandoned the phrase “rat rod” around here over the last few years but sometimes things pop up and we have no choice but to break that name back out again. This truck is the definition (to us, anyway) of the modern rat rod, something that did not start out that way. Back when guys built hot rods that were not all polished up, the term came to use. The natural evolutionary end of that trend was stuff like you see below.

This weird and wild contraptions is based off of a 1940s Army “Burma Jeep”. These were beefy trucks that did jobs like Bomb Carrying and other activities that smaller rigs were ill-suited for. About the only part left of the Burma Jeep here seems to be the cab. After that, things get interesting. The chassis and drivetrain are fro a school bus. To make things even more interesting the whole program is laid out in a rear engine diesel pusher arrangement. The nose is a giant V-plow designed for snow, and in true rat rod fashion there are some weird do-dads attached to the outside of the truck.

The neat thing about this is that you are not buying something to finish it. The seller claims that he drives it all the time and with an Allison automatic and what looks to be an International DT466 engine (or variant of such) the thing will run until the apocalypse. At that point you can employ the V-plow properly against the zombies, we suppose.

The interior is spartan but has the gauge cluster from the bus mounted in an old gas bottle. There’s also a rearward facing camera according to the seller so one can see what’s behind them…and the curious looks on the people’s faces. 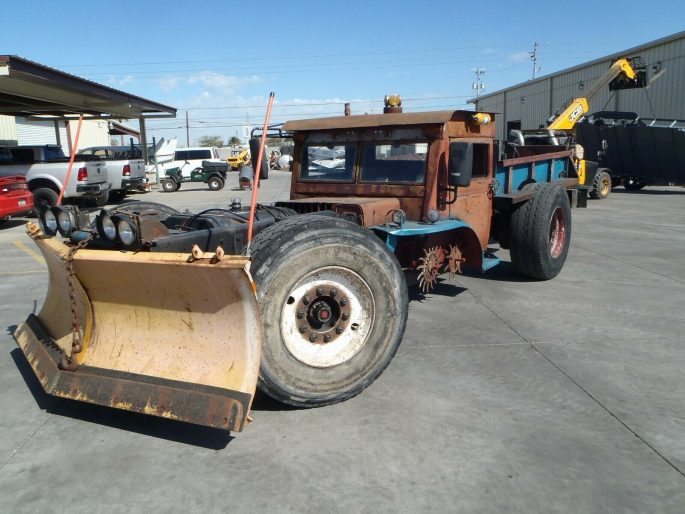 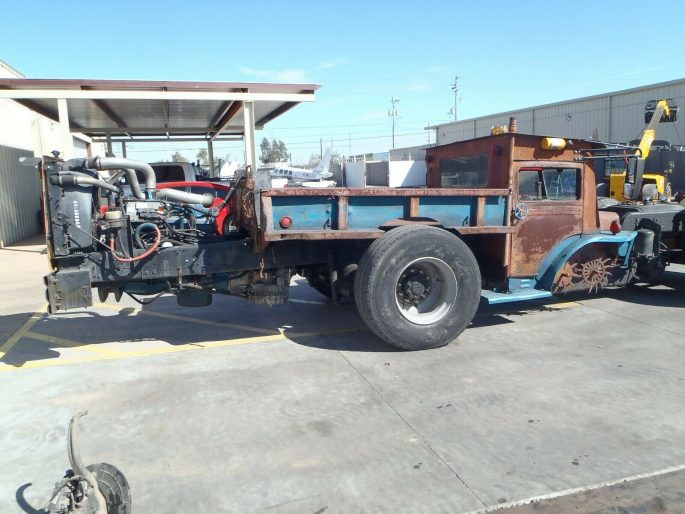 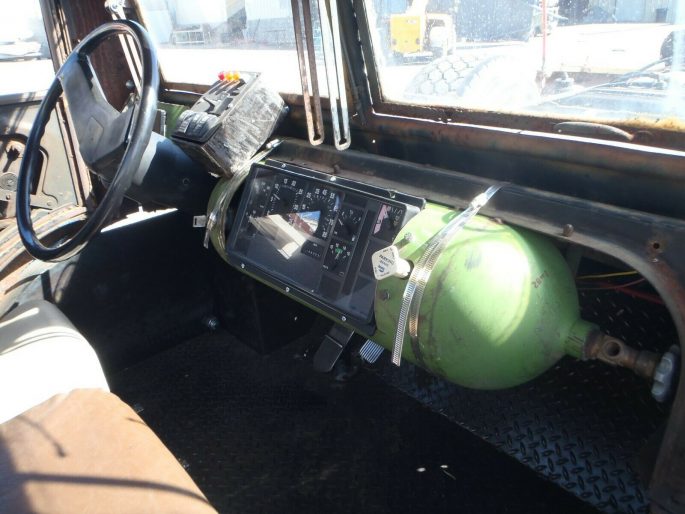 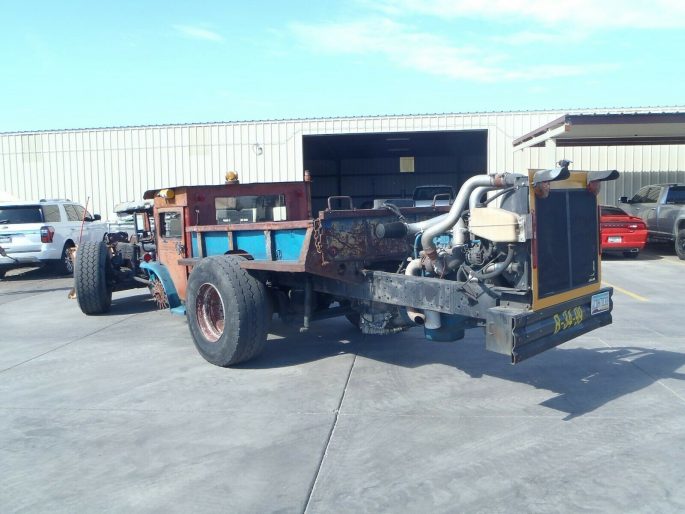 Chicago Fire: Watch What Happened To Jeff Diehl When The Header Failed On His Funny Car Morning Symphony: The Spirit Of The 1960s At Goodwood