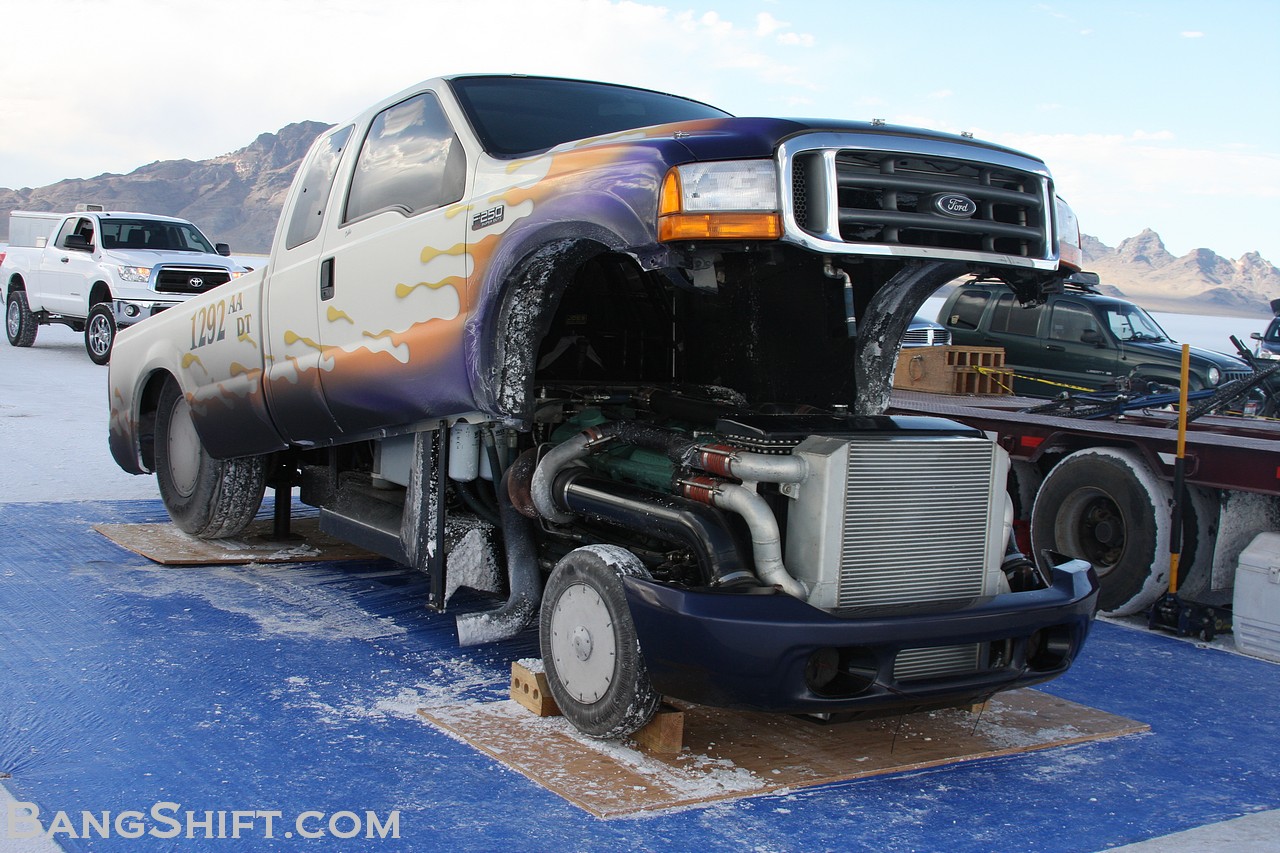 It’s baaaaack! The “It” is the 1999 Ford F-250 Super Duty of AF Dick who hails from Oregon. The last time I saw the truck was at Speed Week 2013 and I instantly fell in love with the big Ford.

So what’s all that neat about it? For starters it is the AA/DT SCTA record holder and has been for more than a decade. Additionally, it ran well in excess of 220mph during my time on the salt at Speed Week. On top of that? Oh, how about the fact that it is powered by a 12V92 Detroit diesel that wears a pair of turbos that are over 100mm inlet size, has a Road Ranger 10 speed manual transmission, and uses a center section from some sort of insano off highway truck. The machine weighs nearly 14,000lbs in race trim and Dick is a seasoned driver who man handles this big boy with a deft touch.

As you will see in the photos below, there is a lot of awesome stuff going on with a truck that appears to be relatively stock from the outside. My eyes started to wander around a bit and I started seeing things like the front tires, which are designed to be used on airplanes. These tires are high speed rated and high load rated. Remember, I told you that this monster weighs in at nearly seven tons when it is on the salt. The rear tires are 37″ tall and also came from the airplane industry. Those babies are used on Boeing 737 jet planes! The front end has dual coil overs on each side and we couldn’t figure out where the massive a-arms for the front suspension came from. They have a key for a torsion bar which is not being used. Out back there is a four link made of insanely massive tubing.

In many respects, the real star of the show can only be seen when the hood is lifted or when the entire body is lifted up so that the spectacular Detroit Diesel 12V92 can be serviced. The front of the engine is lined up with the front spindle of the truck. Its sheer length and girth forced the driver’s roll cage and seat to basically be pressed up against the rear glass of the extended cab on the truck. We asked Dick why he didn’t go with a true crew cab and he told us because he just would have put a 16V92 in it and he would have been faced with the same complete lack of room. Sound logic by our standards!

As if I wasn’t already short on breath and sweating heavily looking at this truck, I nearly keeled over when I saw the big long shifter coming up through the floor and cautiously asked Dick if he had a Road Ranger transmission in the machine. He replied that it was indeed a Ranger and a 10 speed one at that. I wanted to start walking toward the divine light, but it was just the salt. Lastly, the rear end uses a 1.5 ring and pinion ratio and was made by combining elements of at least four different huge industrial rears.

After adding a bunch of data logging and acquisition equipment last year, Dick and his crew found out that they had some problems with turbos and getting air in and out of the engine. Correcting those problems and others that they discovered allowed the truck to run over the record by a ton. That being said, they had not pulled into impound at any point during the week. As explained to me by the guys, there’s no one really chasing their record and when they do decide to reset it, they want to do it big and not when they truck is softer than they think it should be.

The two gigundo turbos definitely helped knock the “edge” off of the beautiful music being made by the engine. That being said, the thing still sounded incredible, ran like the wind, and launched more soot out of the exhaust than any other vehicle on the salt. We’re not sure if the truck is still there or not, but we’ll keep an eye out for a new AA/DT record. Here’s hoping the big truck can get it done!

SCROLL DOWN TO SEE PHOTOS OF THE COOLEST THING I SAW AT BONNEVILLE! 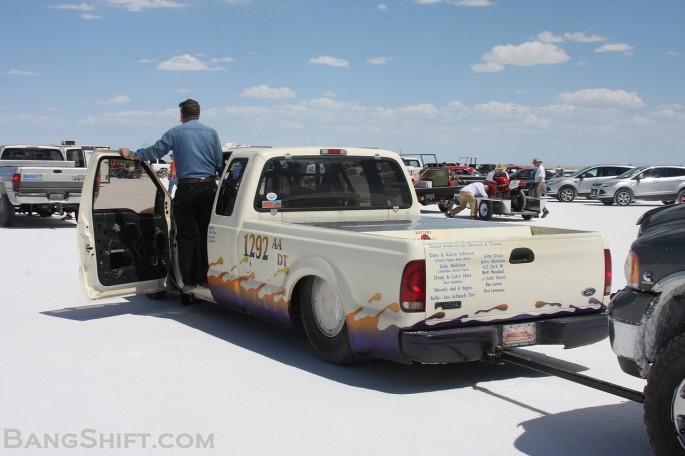 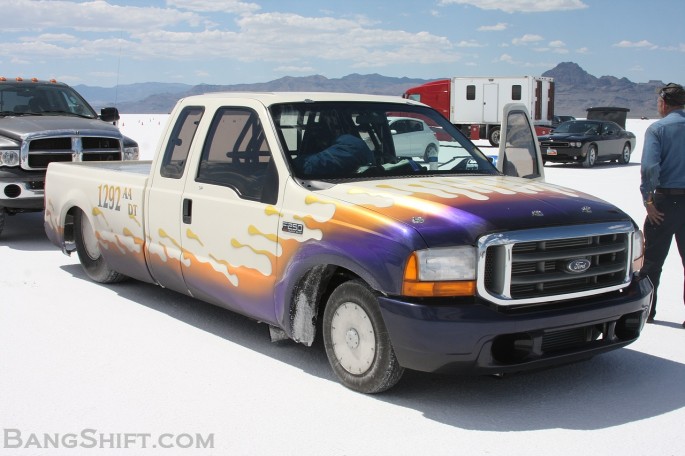 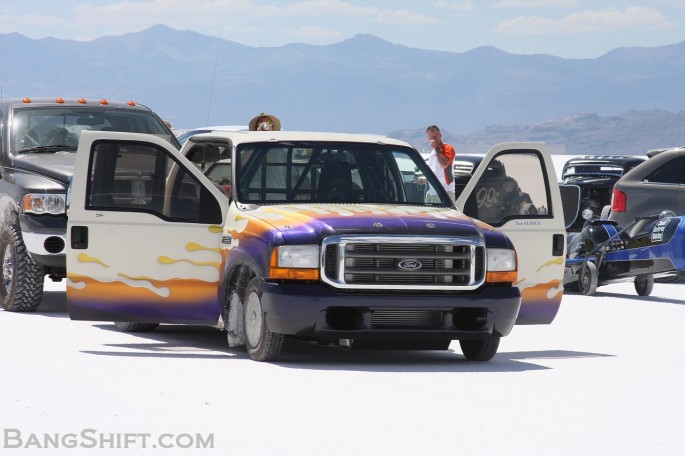 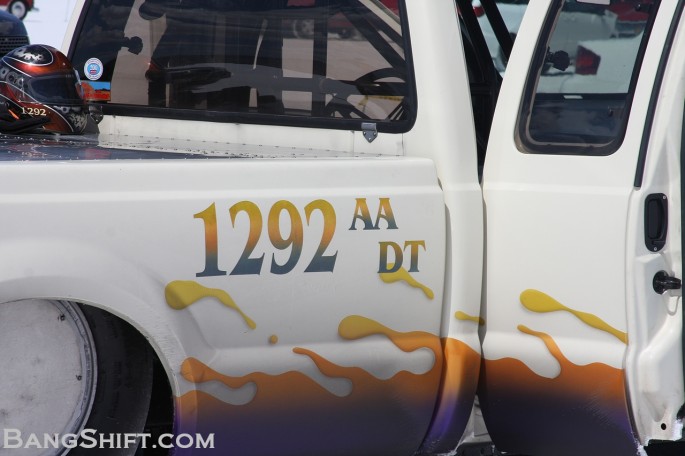 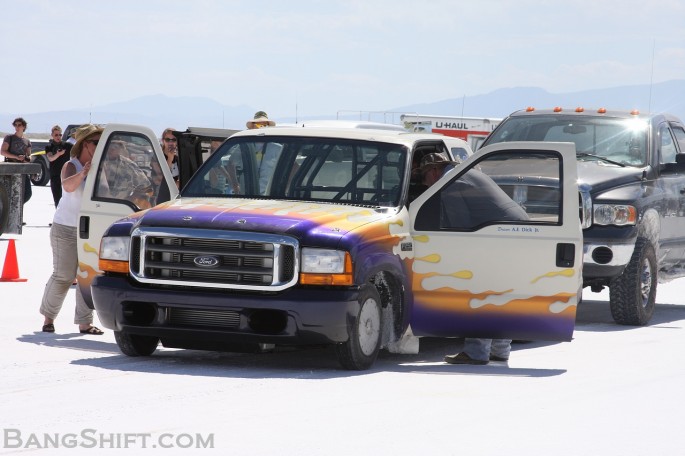 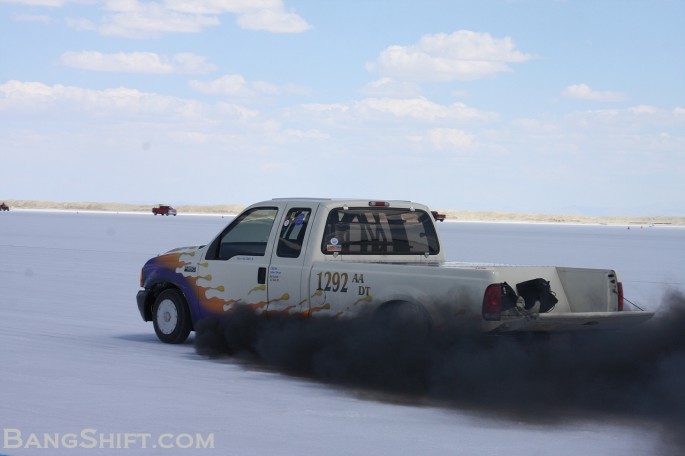 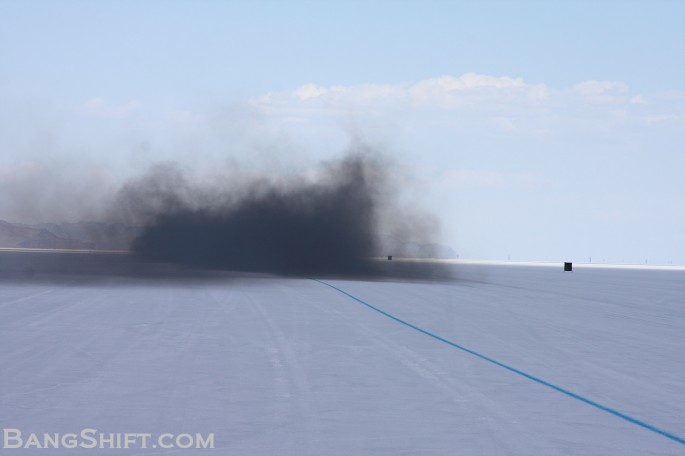 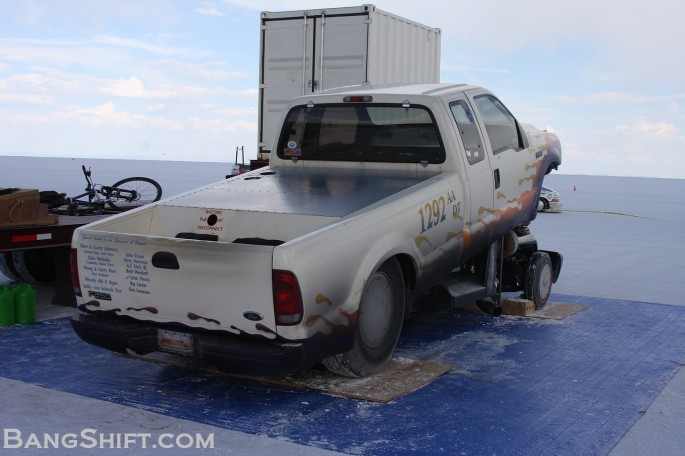 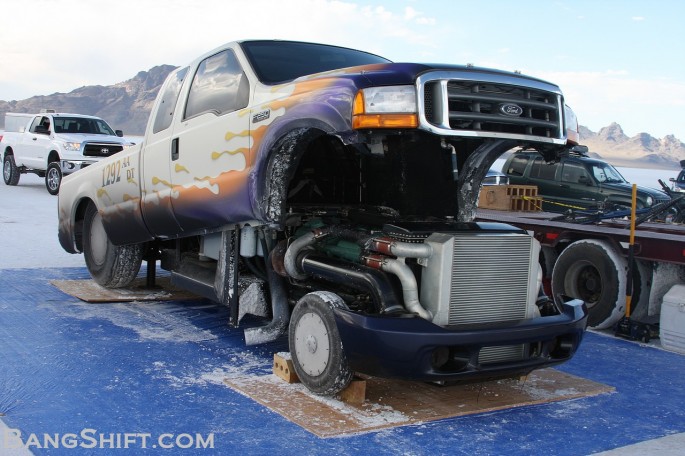 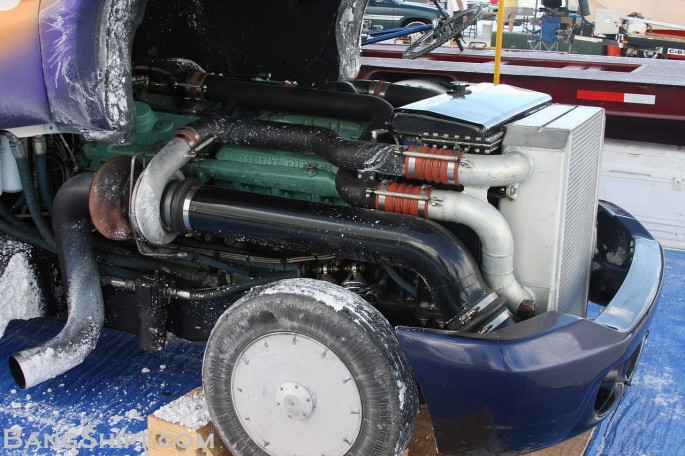 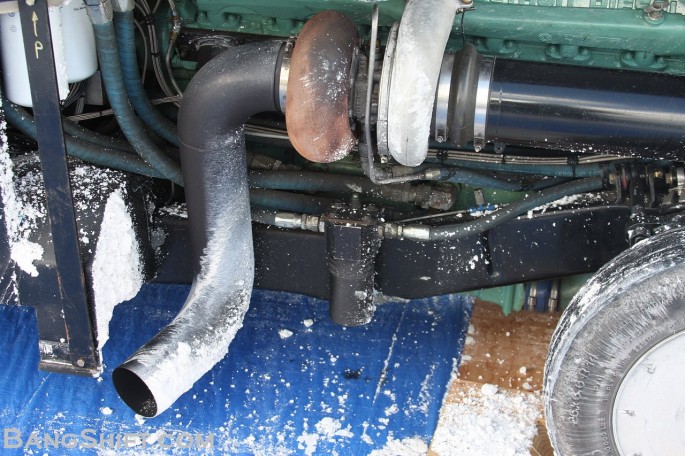 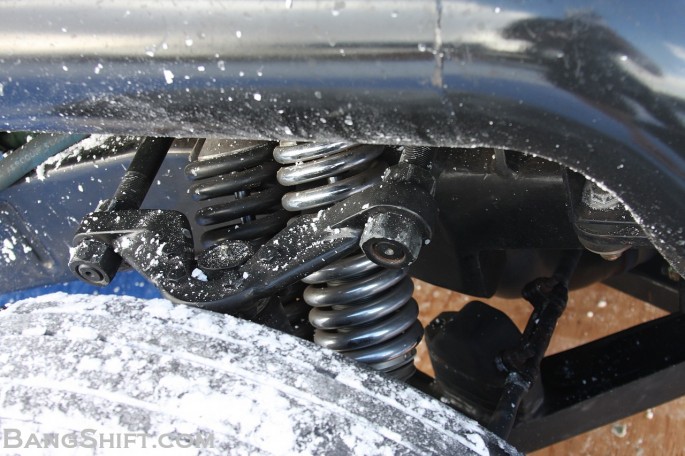 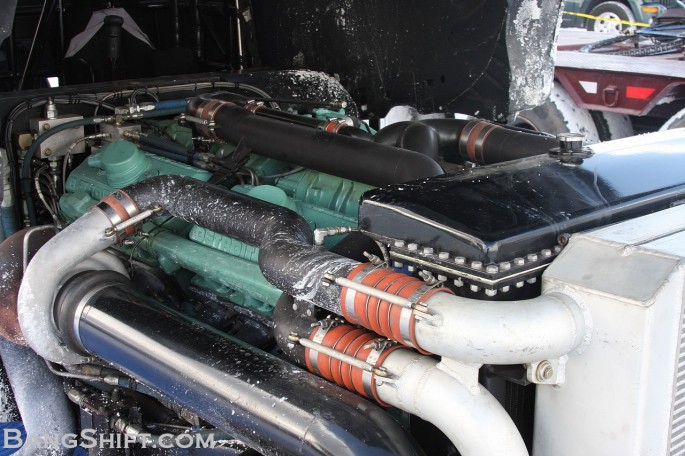 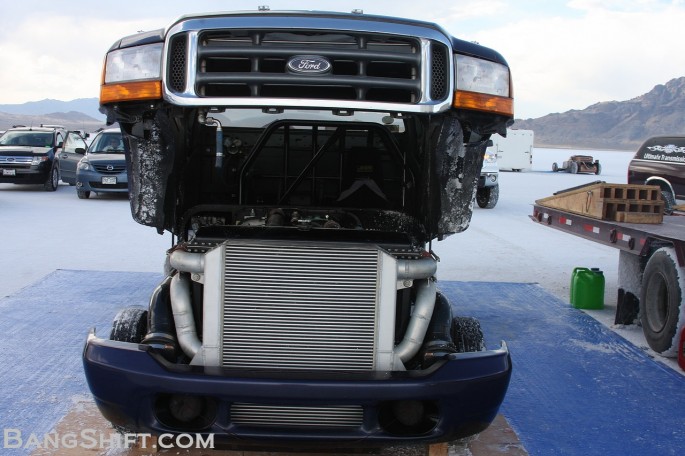 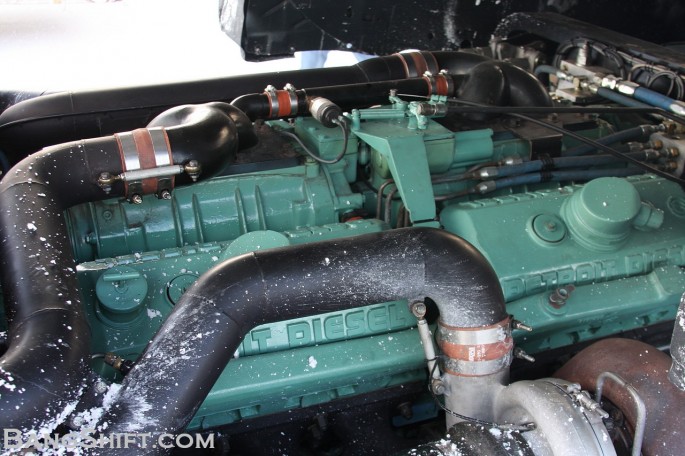 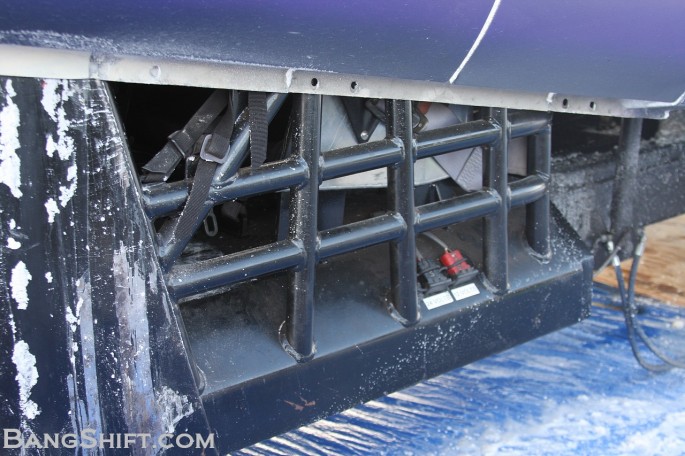 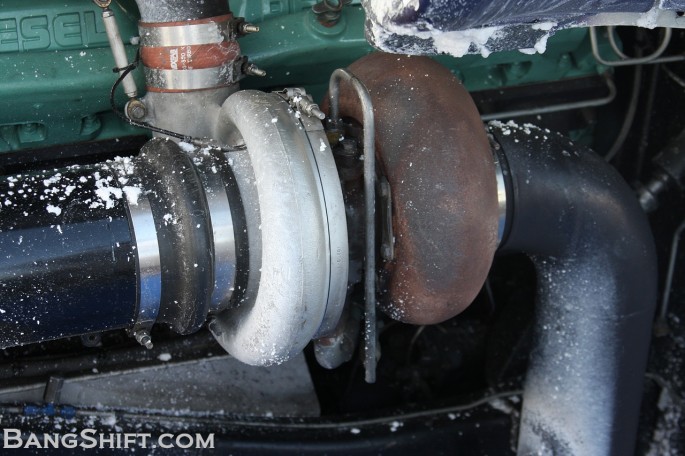 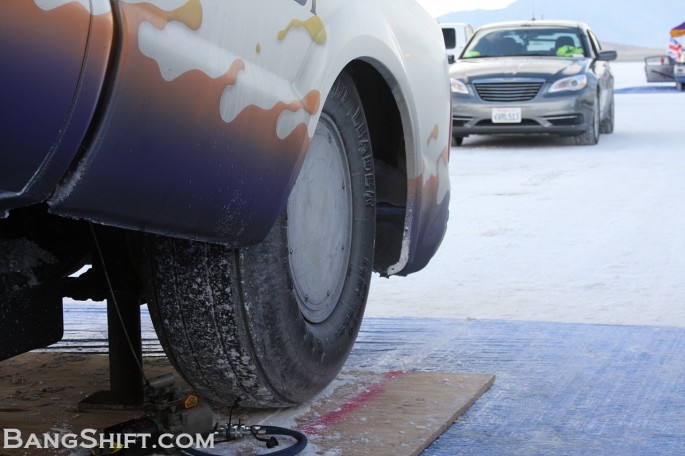 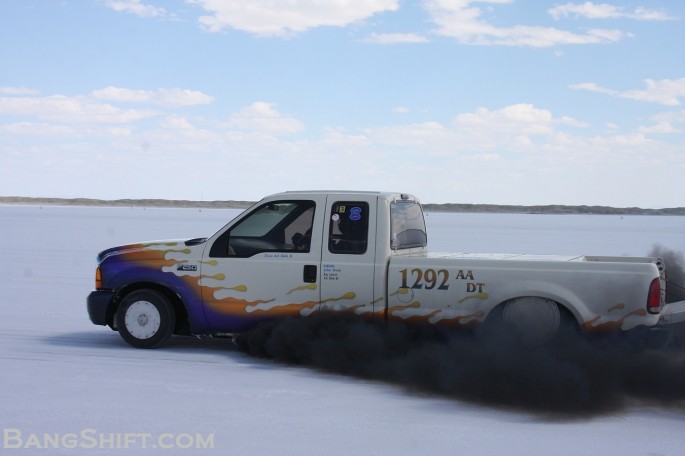 Scrapple, Your Guide To The "meh"-Worthy News! This Week: A Leaf On Leaves? Bad News: Three People Were Killed In A Shooting At Great Lakes Dragaway On Sunday