(Editor’s Note: Our SEMA 2012 coverage will begin later today. Here’s my favorite piece of iron from SEMA 2011!) –  Of all the vehicles I saw and crawled over at the 2011 SEMA show, none hit me harder than this 1960 F100 truck, built by 2 Brothers Custom Trucks of Springfield, Illinois. Cool from every angle, sporting a twin turbocharged, stroked, Y-Block engine, and a manual transmission, it is stunning. Sure, the big wheel look isn’t for everyone, hell, it usually isn’t even it for me, but on this truck it works and those huge 24″ smoothie hoops like as right as rain under the classic 1960 Ford body.

Where to begin? We’ll start up front. The engine, as mentioned is a Y-Block Ford that started as a standard 292ci piece. It was then bored and stroked out to 338ci. As if that were not enough, twin Turbonetics turbos were added to the mix. The modified twin carb airbox actually covers two Holley EFI throttle bodies. There is also a custom built Spearco intercooler that chills the intake charge. We have no idea what it makes for horsepower, but we’re guessing in the mid  400 range. Note that the inner headlights have been removed and that’s where fresh air gets sucked through to feed the turbos. The motor is backed by a Tremec Manum T56 and Centerforce clutch combo.

Moving along, the chassis is a full custom job by 2 Brothers made of 3×5 rectangular tubing. The body is set down 3.5-inches over top of it. Heidts IFS suspension is up front and a Heidts four link handles the suspension duties out back. The brakes are Wilwood all the way around with six piston calipers in the front of the truck and still large four piston stoppers in the back. The wheels up front are 24X9 while out back the rollers are huge 24X15 hoops. The rear tires is a mondo 405/25/24 hunk of rubber love.

The body has been smoothed and massaged subtly, but enough that anyone familiar with this generation of Ford truck can see. I really dug the bed and the relocation of the rear brake lights from the top to the bottom of the rear of the bedsides. Again, little touches, but they all work so well. The awesome hue on the truck is BASF Tantilizing Turquoise.

Given the chance, I’d pop the clutch, bang second and third and not stop until the fuel tank ran dry. This thing would be a riot to cruise from coast to coast. Great work by 2 Brothers Custom Trucks of Springfield, Illinois. Virtually everyone who attended the show saw the truck in the prime location it had. There were constant crowds around it and the following photos took three freaking days to shoot because of how much attention the truck got! 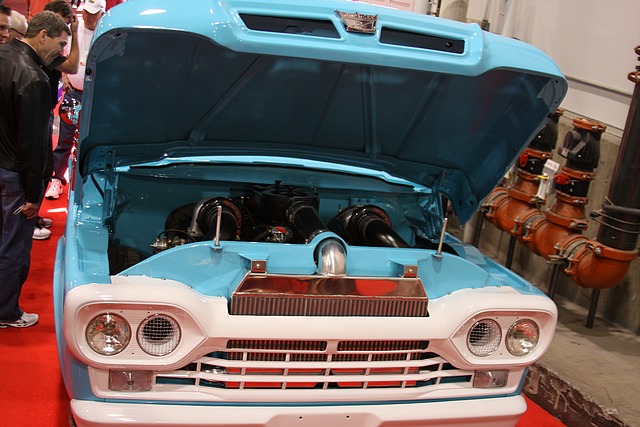 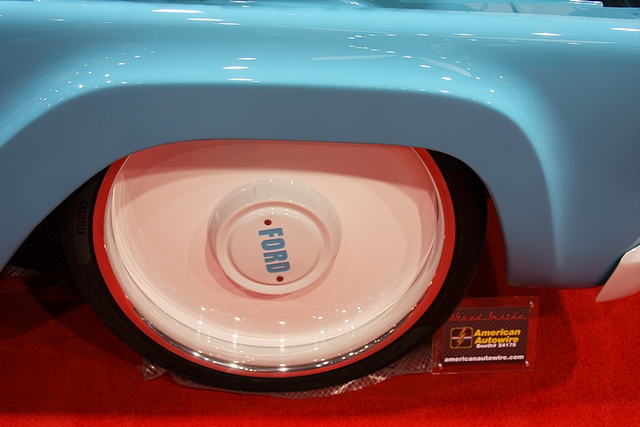 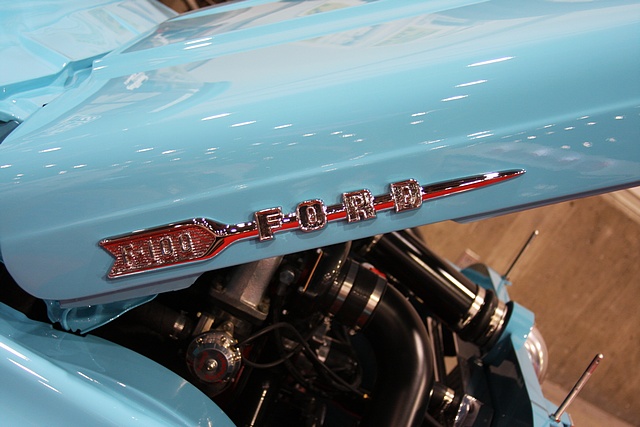 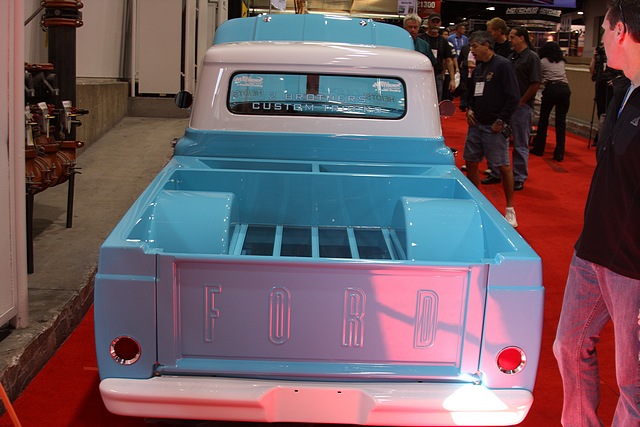 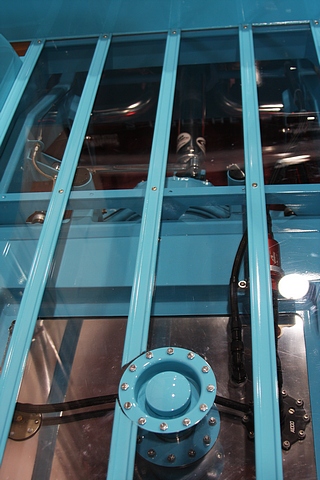 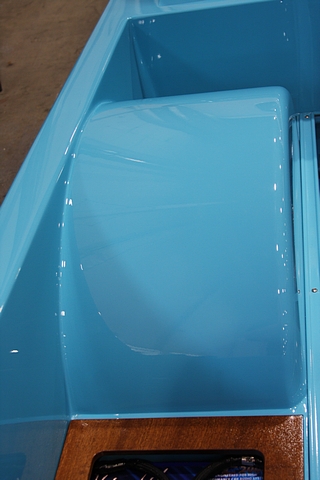 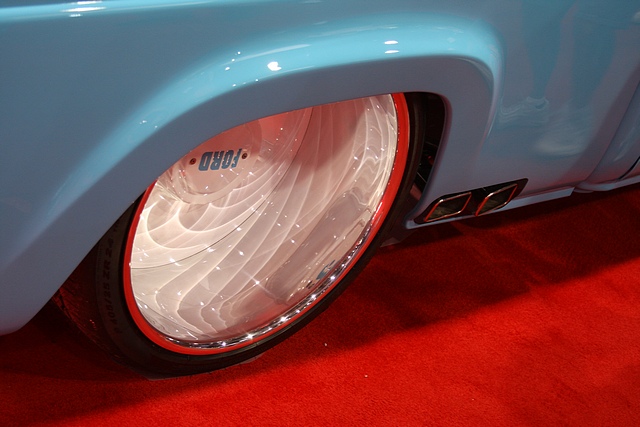 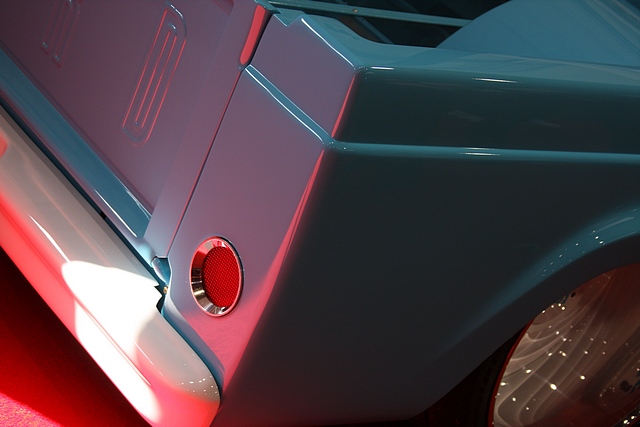 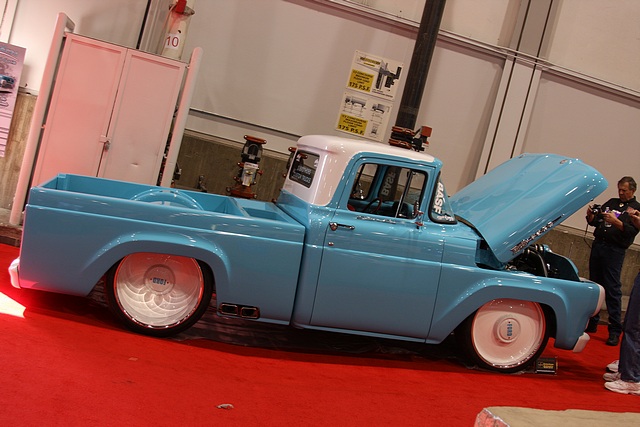 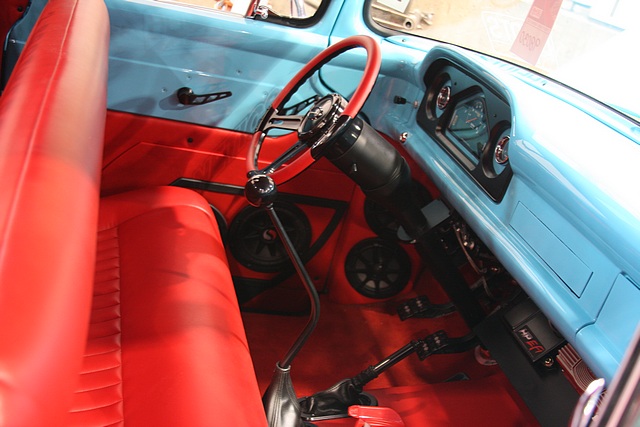 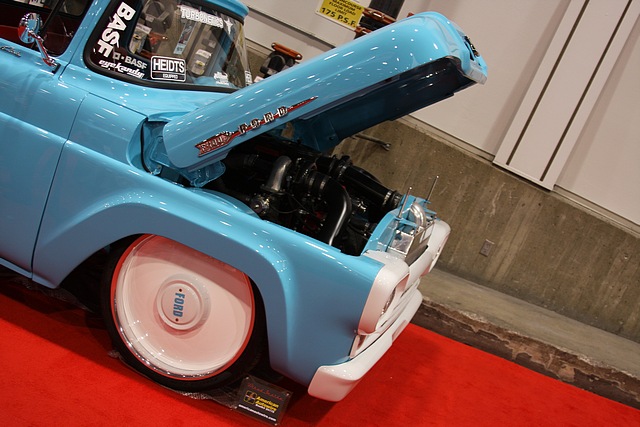 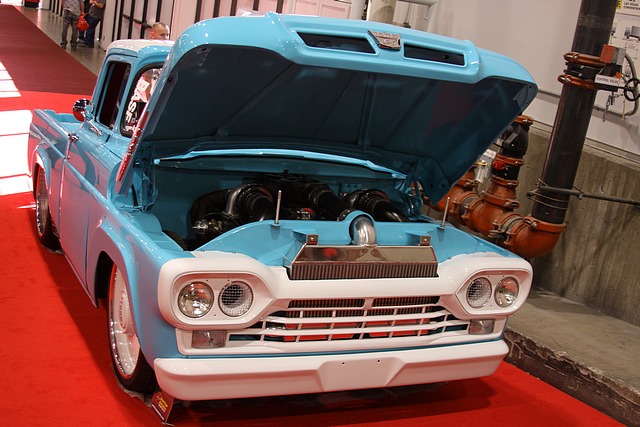 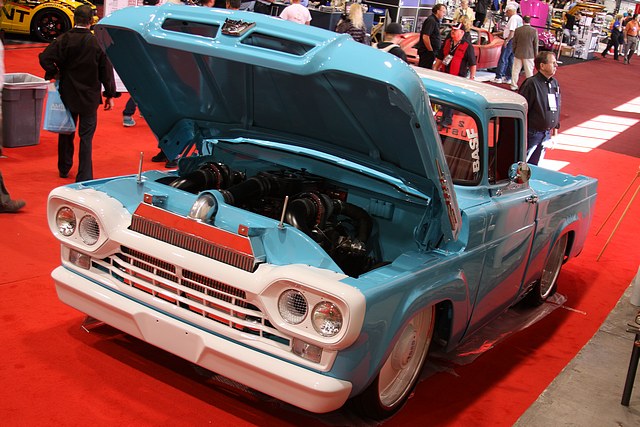 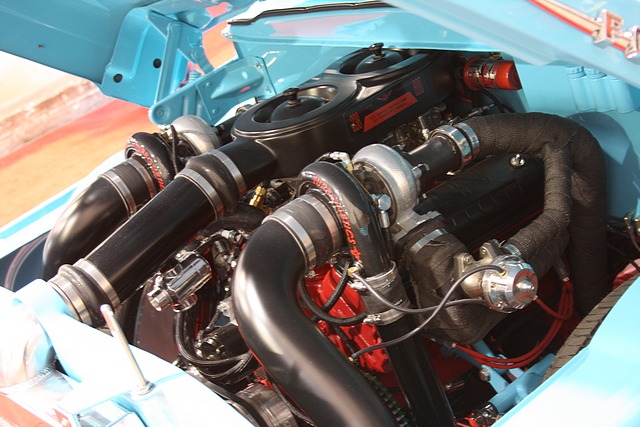 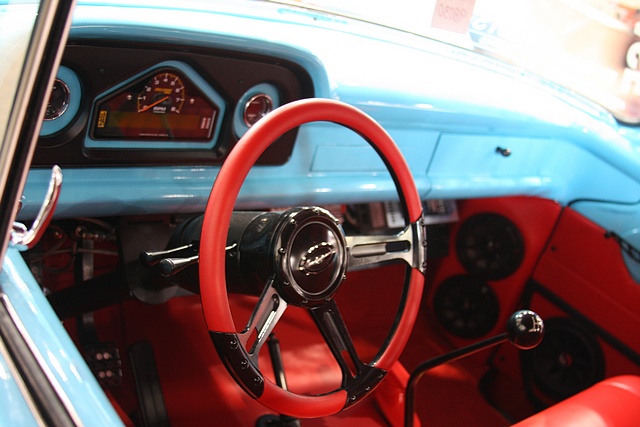 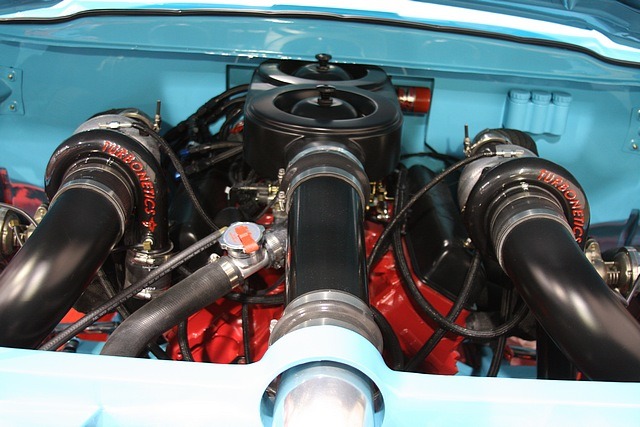 SEMA 2012 Load In Day Gallery: About 100 Photos From SEMA 2012 - We Snuck In Early! Video Project Update: The Viper V10 Powered Maverick Moves To A New Home And A Plan Is Hatched!