The Desert Truck Of Your Mopar Dreams: This Dodge Bodied Class 8 Baja Truck Is Nearly Done – Unique And Awesome! 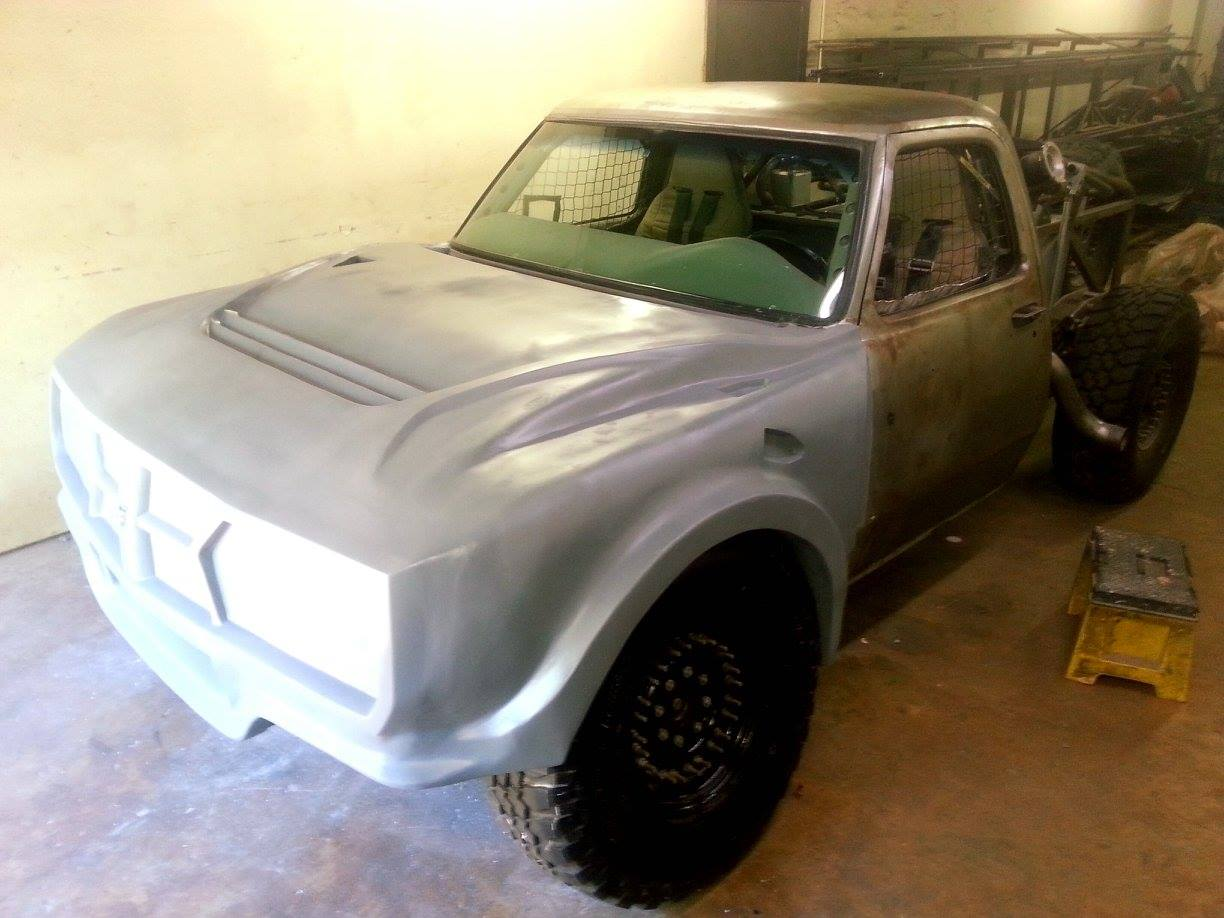 Chad’s usually the certified Baja racing freak around here but when I laid eyes on this model done, Dodge bodied class 8 Baja truck I could not stop staring. The project was started and nearly completed by a father and son, the father having had deep roots with Dodge and was going to apparently be their fun machine to attack the desert racing world with. They made a mold and made the nose themselves, the fabrication is amazing, the suspension travel looks like it is on point, and all the big stuff seems to be done.

What foes the truck need? We’re guessing a bed of some kind to be fabricated, not sure if the driveline is totally connected, but if it is, take that off the list, some paint, and people who want to go have fun beating the snot out of themselves and the rig, right?

We love the fact that this is a two wheel drive truck as well. Something about this monster just heaving rooster rails of rocks, sand, and whatever else is under those big tires makes us smile ear to ear. The nose will look awesome when painted and air brushed with some factory style touches on it. We’re guessing that the factory cab section is part of the rules but we’re not sure.

The engine looks like a small block Chrysler from the one peak we got of it in the photos. That also ratchets up the cool that the drapes match the carpet so to speak on the mechanical side of the rig.

What do you think? Awesome? Not cheap and it shouldn’t be with the amount of hand work that has gone into its construction. 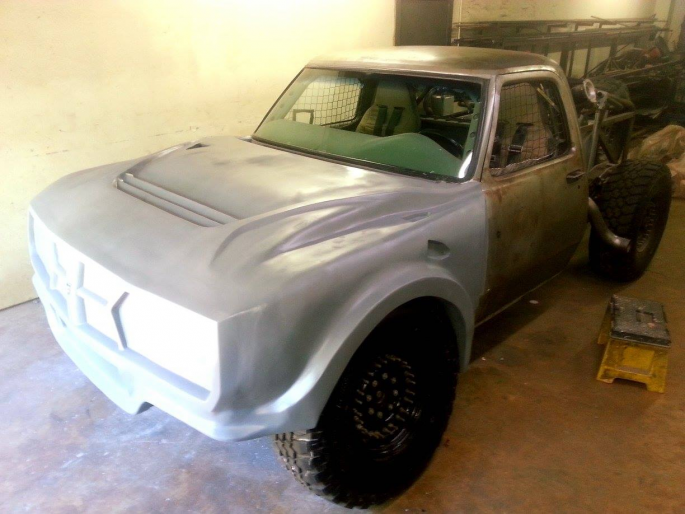 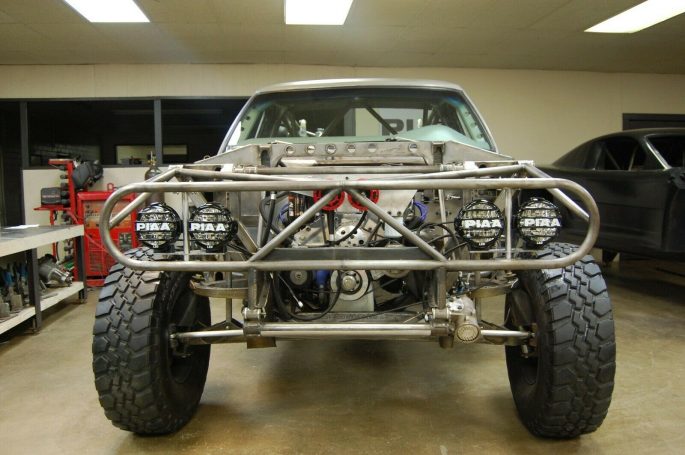 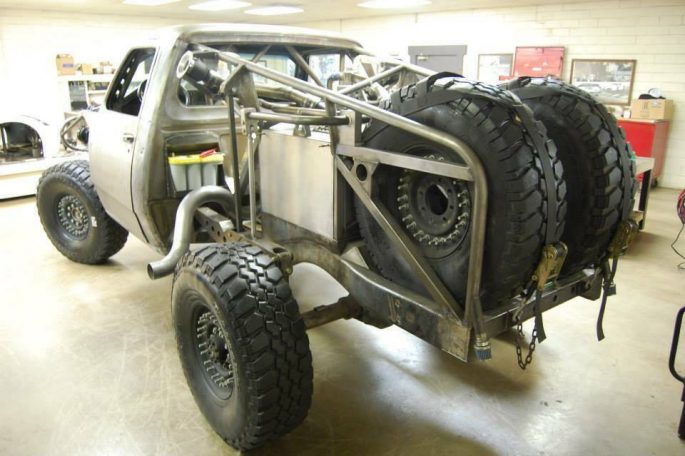 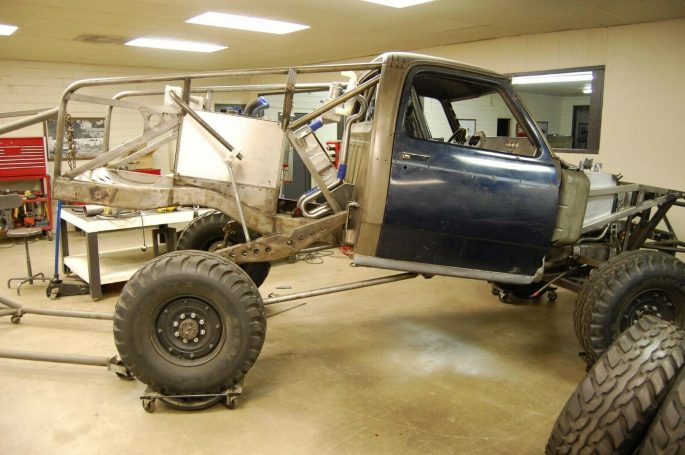 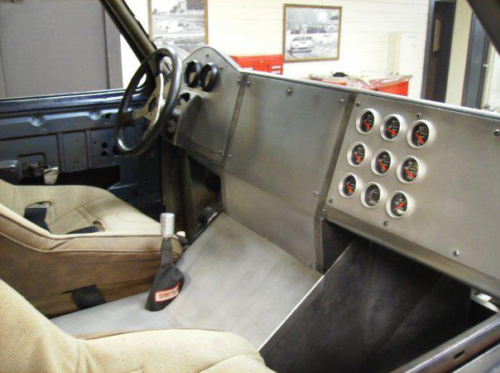 Fun 1960s Video: Check Out Franklin Dobson Testing Out His DIY Hovercraft On Land and Sea Video From Inside A Tire While Driving Is Fantastic: A Weird View Of The Rolling World!

3 thoughts on “The Desert Truck Of Your Mopar Dreams: This Dodge Bodied Class 8 Baja Truck Is Nearly Done – Unique And Awesome!”