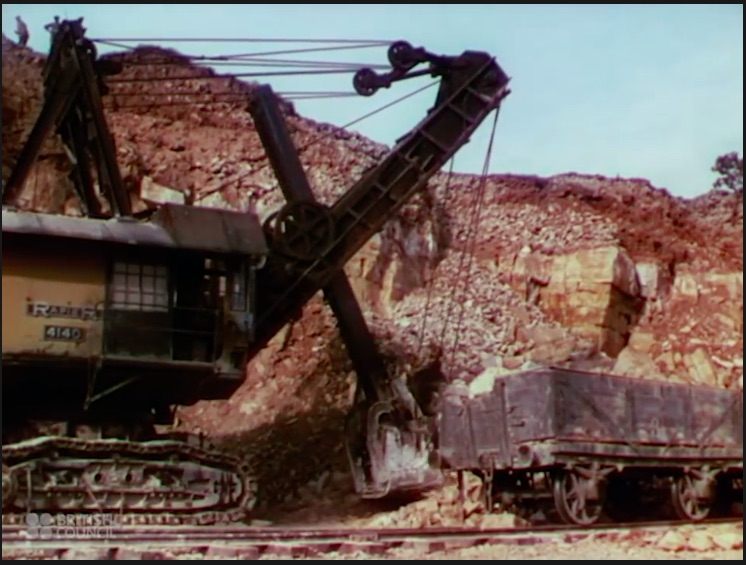 We have showed you a lot of patriotic films made in the USA during WWII. Well, we were not the only country cranking out the content. This film, made in England circa 1942 is called Teeth of Steel and it profiles stuff like cable excavation shovels, walking drag lines and other huge machines that were digging up the minerals and ores needed for the war effort. Films like this served a multitude of purposes. They boosted morale by showcasing industry and capability. They made those people doing the work feel as though they were integral to the war effort, and they showed the country that despite the badness of the war, the nation was still firing on all cylinders and getting the job done.

There are a LOT of awesome machines shown in this one but the walking dragline that they show actually “walking” is fantastic. It is very rare to see one of these machines actually moving under its own power, but you will see it here. They are also careful to show the end product of the work being done by the machines. From making bricks to going inside a steel mill.

This is a really cool video.

Finnegan, Newbern, And Cotten Play A Game: KEEP, SELL OR TRASH? This Ought To Be Interesting Pluggers Beware: Pricing For the F-150 Lightning Is Revealed And They'll Put Hair On Your Wallet