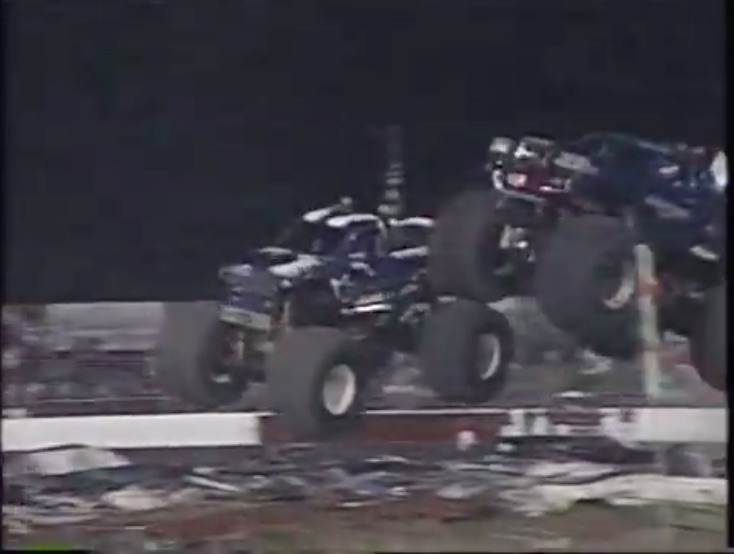 Stock car racers, drag racers, hell, any racer typically can call out some big moments and events in the sport that they love. Traditional monster truck racing fans can do the same thing. It’ a concept that seems foreign in today’s world of seemingly endless arena and stadium “free style” shows but the reality is that back in the day there were certain events that stood way out. This is mainly because they were races, not performances. One of the most legendary events of the early 1990s took place at Louisville Speedway at the start of the decade and it has been elevated to hall of fame status for a few reasons.

For starters, when is the last time you saw monster trucks hauling ass around a banked speedway?! These guys use the whole track and get faster and faster with more laps. The trucks look awesome kind of leaning and bouncing on the huge tires, the jumps are sweet, and the landings on asphalt have to have not been all that comfy for the drivers. The second reason is that Bigfoot 8 had been banned from competition and the team was forced to roll out the seven year old Bigfoot 4. Why was 8 banned? It was too far ahead of the pack and series officials told them to park it while other trucks were completed. They wanted a good show and good racing and Bigfoot 8 was a doomsday weapon.

Andy Brass was tapped to race the practically antique truck against all comers. How did he do? You better watch this –

Press play below to see this awesome video from Louisville 1990 –