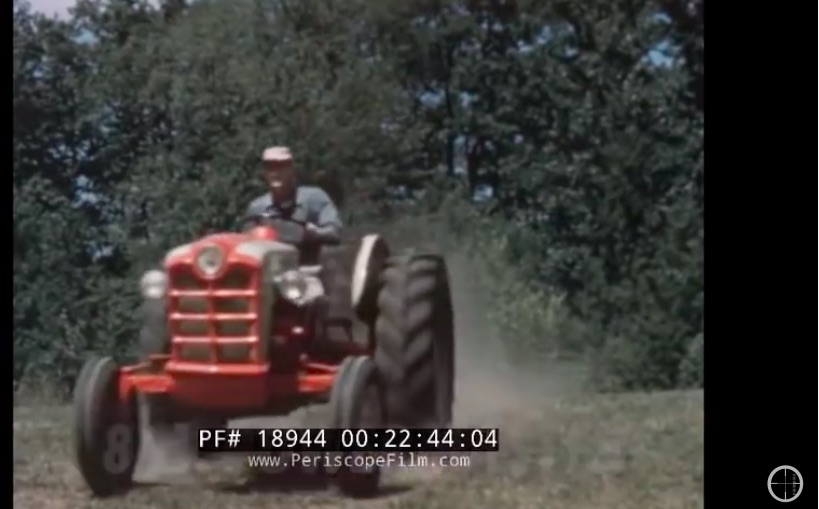 It is a commonly recognized fact that Henry Ford loved tractors more than cars. Seriously. The guy was a farm boy who never forgot where he came from and the massive tractor business that Ford built was not an accident. It was by design and Ford has created so many iconic tractors over the years that it’s a whole different story to argue which were better and more capable for the famers and contractors that used ’em. This 1957 film celebrates the debut of the Workmaster and Powermaster lines of equipment, two important products for the Ford industrial colossus.

For us, the most iconic Ford tractors are the vaunted N-Series machines that persisted for decades into the 1950s. The 800 and 900 series machines of the middle 1950s were not bad but they were not really that much of an advancement over the N-series aside from being more styled. These 1957 tractors were a leap ahead and exactly that the company needed. They were more powerful, they were more useful, and they were more loaded with the kinds of technology that farmers were looking for.

These are relatively small tractors but the thing that Ford never forgot was the fact that American famers need more than one tractor. For small farms these machines would be a do-all style unit. For huge farms, these were good little utility tractors. Hauling a four bottom plow through the land requires some grunt and these guys had it. The attachments and implements available were mind boggling. You’ll see many of them here.

1957 was an amazing year for cars. It was the same for tractors. These were not the only big releases of farm equipment in 1957. We’ll be back to expound on that point tomorrow but for now, enjoy this look into the Ford Workmaster and Powermaster with their Red Tiger power under the hood!

Press play below to see this 1957 Ford Workmaster and Powermaster film!

Weekend Theater: Steel On The Rouge Is An Incredible Documentary About The Steel Production At The River Rouge Plant Drag Racing Time Travel Video: Relive Epic Moments From 1972-1975 - Wheelies, Fires, The Cars Of Drag Racing Mythology

3 thoughts on “Ford Historic Video: This 1957 Film Promotes The New Workmaster and Powermaster Tractors – Icons In The Tractor World”