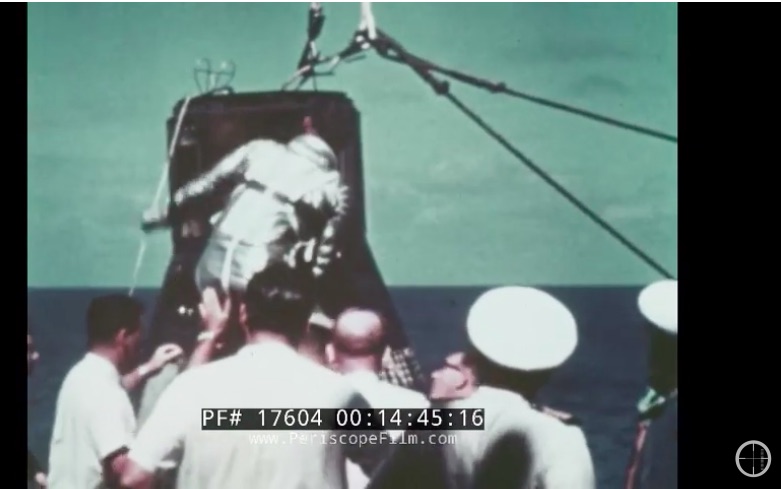 We here at BangShift have never been quiet about our live for the US space program and the incredible magic it produced for decades. The famed Mercury Seven were perhaps the most brave and heroic citizens of our country that have ever lived and this video celebrates the triumphs that the brought to humanity during the most important years of NASA’s history. Yes, the Russians got the jump on us but once NASA felt its might and understood its strength the balance of power in the race to the moon shifted on its axis and our country took the lead and saw the competition to its ultimate finish with the Apollo missions to the moon.

That wok and those missions would never have happened without the bravery, risks, and ultimate success of the Mercury program. From Walter Cronkite calling the action to the men splashing down in the sea, it’s a highlight reel of a nation that won WWII and used the collective knowledge of its “best and brightest” to achieve things that humans had been dreaming about doing for centuries.

Do we sound like homers? Sure we do, but how can you watch this as a person living in 2020 and not be impressed with the things that were done by people who had less computing power among them than we carry in our pocket every day in our “smart” phones. This absolutely rules.

Morning Symphony: The 11,000 RPM JUN-Powered Subaru BRZ Life Goals: A Max Wedge Mopar And The Ramp Truck To Haul It On!