Sep 24, 2020Brian LohnesBangShift XL, HISTORIC, MISC, Videos, XL VideosComments Off on This 1970s Promotional Film For The Sikorsky UH-60A Is Kind Of Weird And Awesome 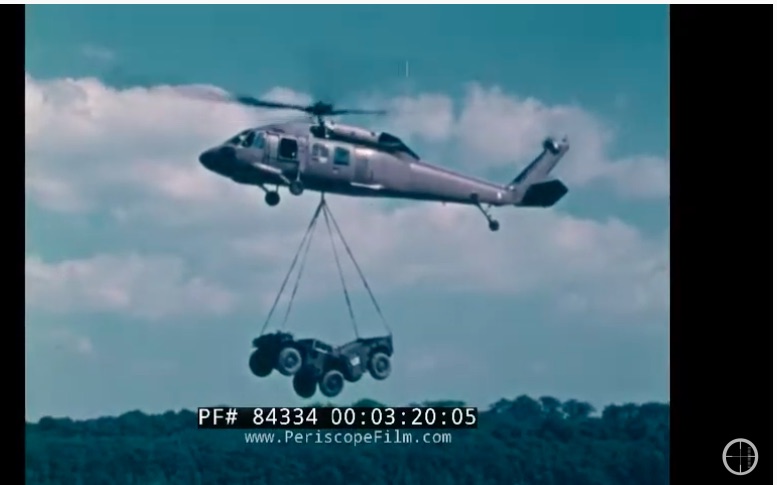 The Skiorsky UH-60A Black Hawk is an amazing piece of military machinery that has been serving the United States and countries across the globe for some 40 years now. First flown in 1974 and then officially introduced in 1979 it has been built in many different configurations and with many different specific jobs in mind and yet it still continues to be an integral part of our nation’s defense and even our nation’s offense. Hell, a modified version with stealth technology was what carried the guys to Osama Bin Laden’s backyard the night that the SEALS got him those years ago.

This film is kind of awesome because it’s basically like the same style of promotional film we find from the likes of Ford or GM in this period but it’s pitching a bad ass military helicopter. There’s groovy music, there’s footage of the thing zipping around, bragging on the technology and advancements, and a deep throated announcer making the sales pitch the whole time.

The major difference in this pitch is the fact that instead of talking fuel economy, it talks about fuel tanks that won’t explode if shot with armor piercing incendiary arounds and an engine that won’t break away during a crash. If you love helicopters and the venerable machines that serve our nation, you’ll dig this video.

The One That Started It All - This Look And Drive Of The 1971 AMG 300SEL Is A Trip Back Into Racing History Carnage Report: Just How Jacked Up Was Cleetus's Dale Truck On RMRW 2.0?