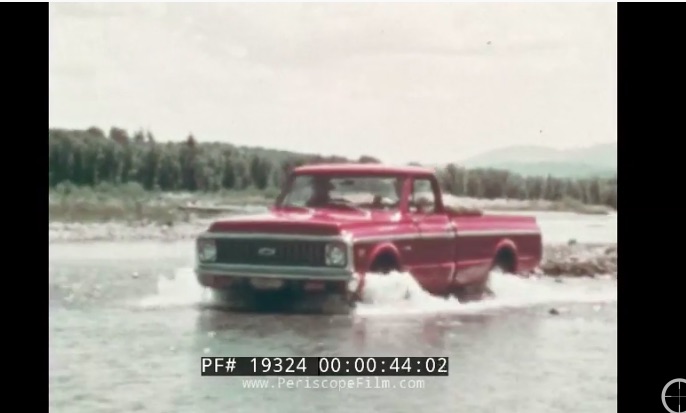 There’s nothing like an old school comparison film, especially when that comparison film is complete propaganda full of insane tests and information that borders on the meaningless. In the case of this film, we’re talking 1972 Chevy trucks versus 1971 Fords. There are commercial excerpts used, there are other tests that we have never seen before or heard of ever, and there’s plenty of killer trucks to look at. We’re almost torn on which we want more in terms of coolness. The 1972 Chevys are among the best looking trucks ever made and the Fords of the early 1970s are awesome in their own right as well.

As we have often talked about, 50 years ago was about the time that manufacturers started to change their pitch to customers who were looking at trucks. The pitch became more car like and not totally built on the machismo that a truck owner felt when cruising down the road.

The bonus here is the video about the Chevy Blazer of the same era! These Blazers are the coolest and while way bigger than the same era’s Bronco, they definitely helped set the stage for the SUV craze of today. The Bronco of 1971 was definitely a farmer/adventurer/outdoorsmen vehicle. They were small, spartan, and had looked exactly the same for years. Blazer was meant to be softer in some respects and larger in others. It was a more “all around” rig than the Bronco and the sales proved it at this time in history.