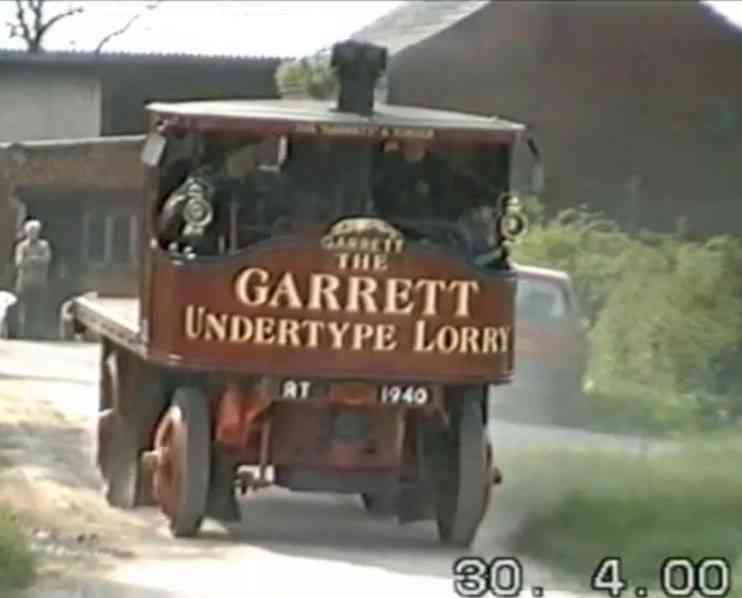 We’re fascinated by old English steam trucks. The mere thought of what is basically a road-going locomotive is almost too much to handle. This video shows a guy firing up and driving one of these old monsters. The chain driven rear tires are something, as is the noise that the chain makes as it whirs around. Note that the driver is basically sitting on top of the boiler. There had to have been some gruesome deaths when these trucks were popular. Boiler explosions were not uncommon in trains back in the day, so these truck can’t be immune from them either. The thing looks like it weighs about a million pounds and when you see the driver try to steer it, your arms will get tired just watching!

If you are wondering why someone thought this was a good idea, you have to look at the time that these were built and what England’s primary available fuel source was. Coal was an indigenous thing in the UK and virtually every function of life was powered by it back when this truck was new. From the ships in the British Navy to the locomotives that were ferrying people all over the country, coal was the lifeblood of England. It only made (some) sense that heavy haulage on land could be done the same way it was being done on the sea and the rails, right?

Their era was short lived but these trucks are loved over in England and it is cool to see one chuffing under its own power in this video.

One thought on “Video: Cruising in an old English Steam Truck”