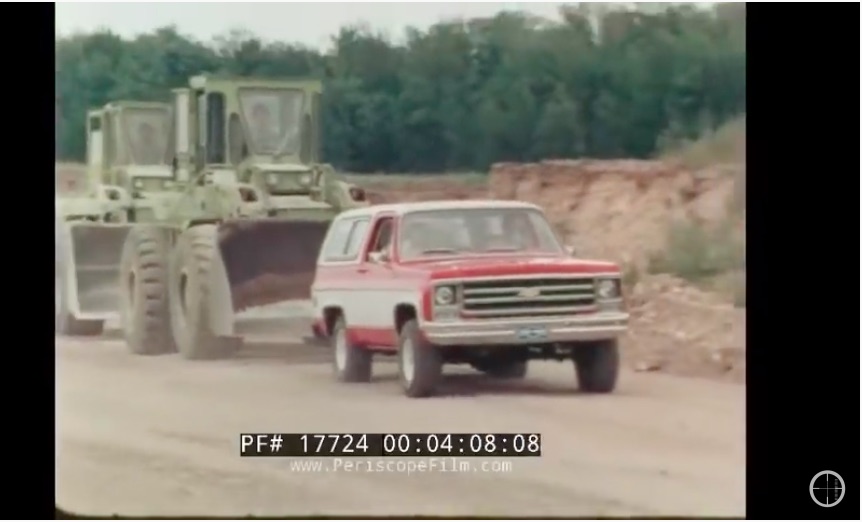 With the launch of the new Ford Bronco, one has to look at GM and wonder just what the hell happened? The company has absolutely nothing for either Jeep or Ford, the current Blazer is a weird mom-buggy that could hardly traverse a grass parking lot, and they have nothing even remotely close coming to market to compete in one of the hottest segments that exist in the industry today. This of course was not always the case. The Chevy Blazer was great and this 1979 Chevrolet film shows us just how great it was. It was tough, it had an image of being capable, and people bought them by the bushel. It’s funny to watch this film and think about what’s happened this week with the Jeep V8 tease and the Bronco drop.

The payoff of this video is that after the Blazer section it goes into the company’s medium duty truck lineup for the 1979 model year. It’s insane how many different varieties and sizes of trucks Chevrolet was making at this time. The chassis configurations and options were insane, the engines and transmissions available were varied, and when you went to buy one of the trucks you could truly tailor it to specific needs.

The bonus round is the vans, man. Yes, we see the 1979 Chevy van lineup and being that 1979 was about peak in the tanning culture in many ways, every company was trying to get their hooks into that slightly odd, long-haired market. When the factories went all in on the vans we think they lost some of their cool factor, but that’s the way it always goes.

Check out this film!

Press play to see this promo film for the 1979 Blazer, medium duty trucks, and more!

BangShifty Resto Video: Watch This 100 Year Old Gasoline Powered Drag Saw Get Torn Down - So Cool! Dare To Be Awesomely Different: This 1976 Pontiac Grand LeMans Has Looks, Power, and Personality