Massive In Miniature: This 1988 USHRA Broadcast From The Pontiac Silverdome Is Bonkers! 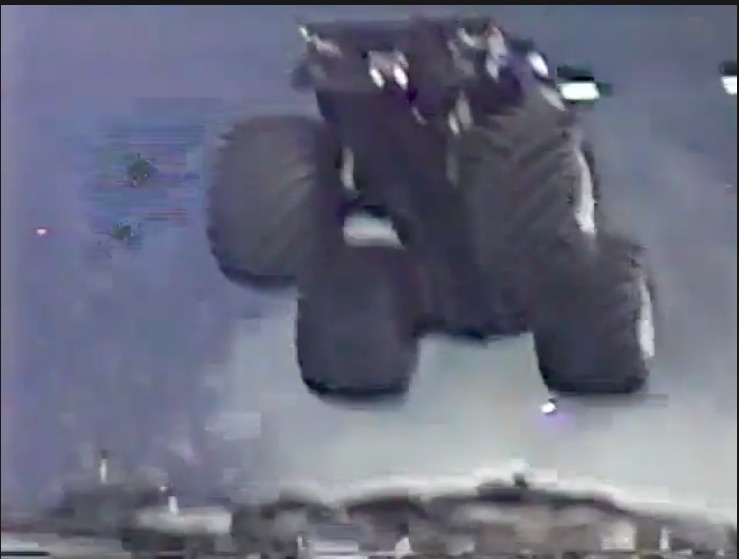 Well, this is peak 1980s right here. You are going to see an awesome and totally bananas UHRA broadcast from the Pontiac Silverdome made in 1988. What’s crazy about this is not any one specific thing, it’s all of it! Monster trucks, Jim Kramer trying to set a jump record, some guy jumping a Lincoln, side by side mud bog drag racing, and even a freaking demolition derby…all inside! Yeah, the mud bog pit it tiny, and the demo derby may as well have been happening in a linen closet, and yes, the monster truck course is not exactly inspired, but hey….this is a show!

Along with the competition, there’s also this element of the new “tank trucks” arriving. There’s the Bearfoot tank truck that looks pretty neat and a second rig there to throw down as well. We’re glad that era in monster trucks was short and sweet because it the whole thing went to tracks it would have died out pretty quick.

The mud bog runs are 2-second affairs, literally. The editing on the demo derby is fun because after a few minor fender benders, there are cars which look to be completely destroyed seconds later. Hey, you have to keep the broadcast moving.

Enjoy this trip back into the glorious 1980s!

Half Ass Kustoms 1951 Ford Pickup Project: Motor And Trans Mounts For The 4.8 And 4L80e In The S10 Chassis For The 1951 Ford F1 Goofy Fun: Check Out The Destruction Of The Easy Evans Used Car Lot At The Houston Astrodome