Mind Blown: There Were Helicopter Airlines In The 1960s And They Were Going To Be The Future (They Weren’t) 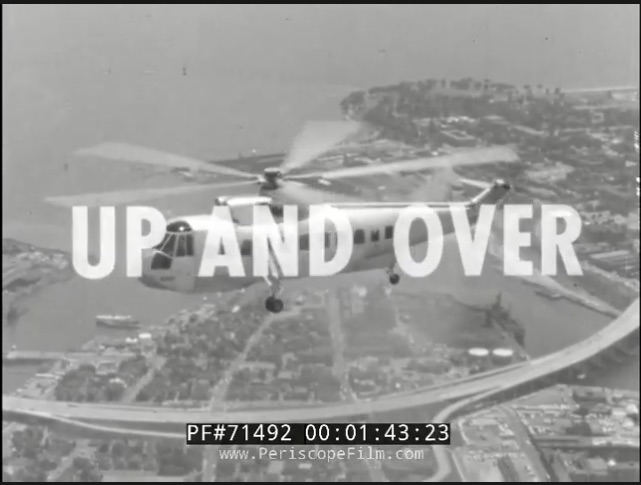 This is the type of stuff we truly love to find. When you run into something that happened or some weird trend that was being pushed as the future which died out and you never knew it existed, the rabbit hole opens right up. In this case, we’re talking about Helicopter Airlines which sprang up in the 1950s and early 1960s in large cities to shuttle passengers between airports or between airports and heliports close to their final destinations. The majority of them were out of business by the middle 1970s with a scant few hanging on until the 1980s but frankly we had never heard of them in the first place and this video paints a pretty boss picture of the whole scene, but that’s because of who made it.

Obviously if they championed this idea of mass-transit helicopter style they’d be in perfect position to take advantage. Hell, look at the behemoths they were already building to carry people, cargo, mail, and whatever else.

Conceptually we like where their heads were at. You can tell the clientele even 60 years ago was very upscale and certainly not hurting for dough. Freaking Dr. Mayo is shown in the film!

This is an awesome picture of a future that never came. When they show the scope and size of some of these helicopter airlines we were blown away. What cool history!

Tech Talk: Borgeson Has A Tech Page That Will Knock Your Socks Off - FAQs, Tips, and More Here Boosts Of Burden: This Video Profiles 10 Of The Coolest, Weirdest, and Most Interesting Boosted Race Engines Ever

One thought on “Mind Blown: There Were Helicopter Airlines In The 1960s And They Were Going To Be The Future (They Weren’t)”