Glorious Noise: Watch This 20V149 Detroit Diesel Fire Up And Then Get Run At “High” RPM! 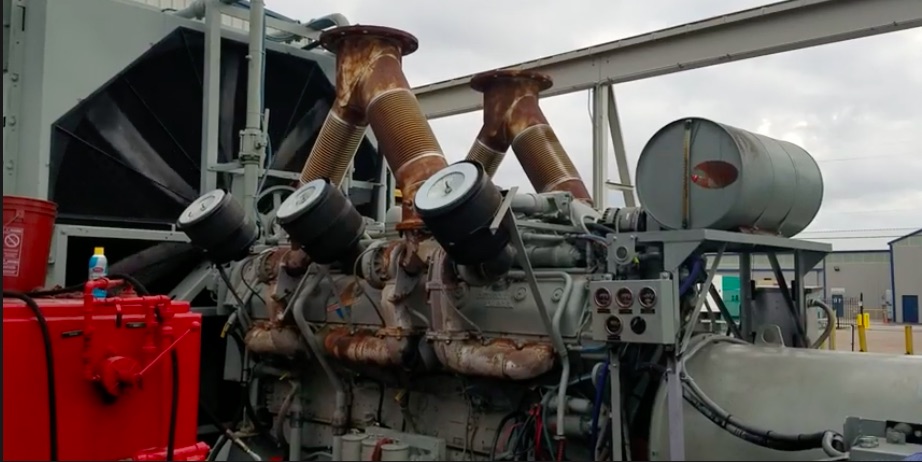 There will come a time in human history where people will look back at the era of internal combustion as curiously as we look back at the era of steam. We employ internal combustion engines to do so much of the work in the world from moving us around to literally keeping the lights on in a pinch. That’s kind of what we are going to see here in the form of a gargantuan 20V149 Detroit Diesel industrial engine being fired up and run. We’re assuming that this engine is hooked to a massive generator of some sort but we’re not 100% sure. Either way, this thing is a monster and it’s being overseen by the most old school Detroit Diesel looking crew of dudes we have seen in a long time. Hell, about one minute in when the engine is brought up off of idle, one of the guys starts laughing and grinning like a proud father.

This engine was never offered in a road going vehicle. The big 16-cylinder engines were offered in some massive trucks but as best we know, the V20 was limited to stationary industrial use only. Most of them, like this one were employed as backup power units for buildings, factories, small countries, etc.

The near 3,000 cubic inches involved here can do some work. This engine likely makes about 1,500hp at less than 2,000 RPM and the torque number should be well over 4,000 lb-ft. Yes, it weighs as much as a small cruise liner but hell, the coolest stuff does not come in the smallest package when we’re in the gearhead realm.

Yeah, when the weird humanoid creatures of the future see videos like this, they’ll laugh at how backward us semi-neanderthal types were during this time but they won’t know the fun or the glory of being in the presence of a big iron giant like this one!

5 thoughts on “Glorious Noise: Watch This 20V149 Detroit Diesel Fire Up And Then Get Run At “High” RPM!”