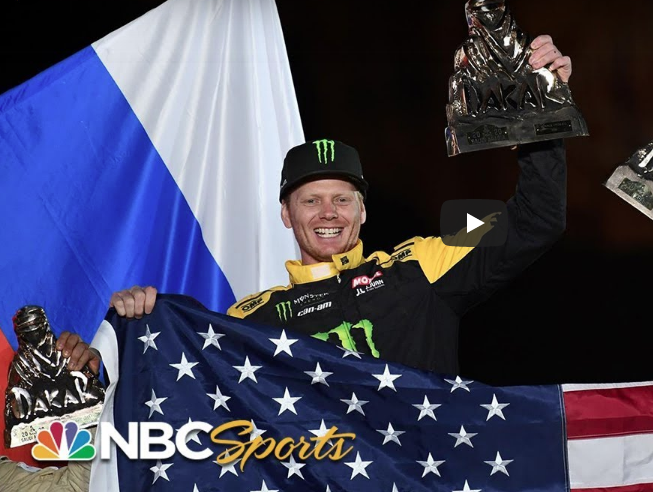 For the first time ever, American’s have won in the Dakar Rally! Overall win goes to Ricky Brabec who finished with a total time of just over 40 hours aboard his Honda motorcycle. The Dakar Rally was in full swing this week and here are the latest stage highlights. We’ve got all the videos from stages 6 through 12 right here for you to enjoy. Remember, the Dakar Rally is in Saudi Arabia this year and includes some terrain you probably aren’t expecting to see in Saudi, along with a lot of the sand you do expect to see. The race is one of the most grueling and epic in the world, and we love seeing it go down.

I first started really watching the Dakar Rally back in the late 1990s and couldn’t believe just how cool this race was to watch on TV. For years I looked forward to it and thought it would be an epic event to participate in someday. Little did I know just how expensive it is to be a part of this historic event, but the cost isn’t the part we care about. What we care about is the endurance required, the focus needed, the performance that your vehicle needs to be capable of, and the mental preparedness needed to drive in such a race. This is the Dakar Rally and it is the king of all off-road rally races.

What you’ll notice when you watch a Dakar Rally is the variety of rides people are on or in. Motorcycles, quads, utvs, trucks, “cars”, etc are all hauling ass across the sand in search of the ultimate win. There have been tons of drivers, from all over the world, who have tried to win at Dakar over the years, but in the last 10-15 years more and more American off-road racers have been trying their hand at this incredible event. We’d still love to do it, but man this looks tough as hell!