Amazing Film: The Story Of B-24 Bomber Production At Ford’s Willow Run Factory 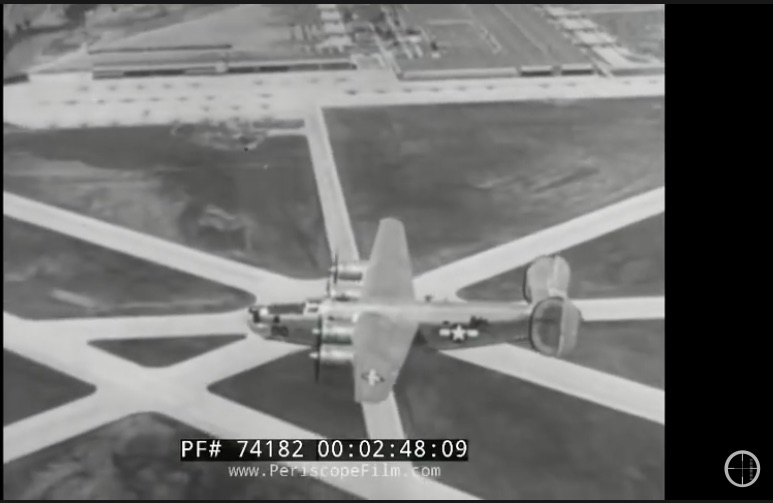 Of the million and one stories that emerged from WWII, it was America’s industrial capacity that likely loomed the largest. There was nervousness among the allies at the start of the war and a smugness among the bad guys that America was like than ungainly kid who had not quite figured out how to use his arms and legs properly yet. It did not take long for that “kid” to become a beast and start producing so much stuff that the enemies refused to believe the numbers were real or sustainable.

They weren’t just sustainable, they were growing and growing by leaps and bounds each year. Among all the stories of production, one stands particularly tall. We’re talking about the Willow Run, Michigan factory that at its peak would push one B-24 bomber out the doors EVERY 55 MINUTES. The plant was far more the project of Edsel Ford than Henry (the old man had some real weird views) and it became one of the most impressive industrial operations in the world.

This was not just some assembly point, either. There were two halves to the 80 acre (under one roof!) building. Yes there was an assembly side but there was also a manufacturing side and that’s where stuff as small as the rivets that hold the plane together got made. Yes, they made the rivets in the same plant as the airplanes.

This film is amazing and it’s a bit of a well earned victory lap for Ford and the whole plant. Fantastic!

Living That K-Car Life In A Ford Taurus World - This 1986 Review Of The Chrysler LeBaron Is A Neat Look Back BANGshift Question Of The Day: Which Tool Would You Rather Have In Your Shop? CNC Plasma Table Or CNC Milling Machine?

2 thoughts on “Amazing Film: The Story Of B-24 Bomber Production At Ford’s Willow Run Factory”