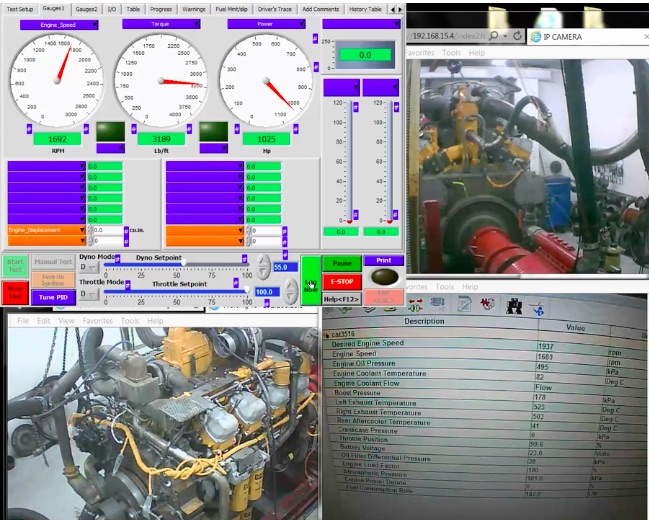 Now THIS is a V8. The Caterpillar 3508 V8 Land Mechanical Engine is a monster in every way, shape and form. It is huge and it is heavy, weighing nearly 10,000lbs. This turbocharged beast has a bore that measure 6.7″ and a stroke that measures 7.5″. Because of this the redline is basically just over 2,000 RPM. The thing makes the kinds of torque that diesels are famous for, churning out a brutal 3070 ft/lbs at less than 2,000 RPM. Horsepower is north of 1,000 and there are loads of other impressive numbers as well. Stuff like the lubrication system with its 60 gallon capacity. The cooling system requires 69 gallons to be considered “right”.

This engine is not found in anything that goes over the road but it is found in stuff like massiveoff-highway dump trucks, tugs, dredges, cranes, drilling rigs, power shovels, and various mining equipment as well.

The engine in this video was being run after service by a shop to make sure it was still healthy and capable of doing the job it was built for. As the numbers bear out, this engine is as good as new and can be reinstalled into the vehicle it was powering. Imagine that job. Yikes!

One of the coolest numbers to share on these engines is the fact that the piston and rod assembly is two feet long from the top of the piston to the bottom of the rod. Crazy!