Finnegan Wants To Trade His Enclosed Ramp Truck For ALMOST ANYTHING ELSE!!! 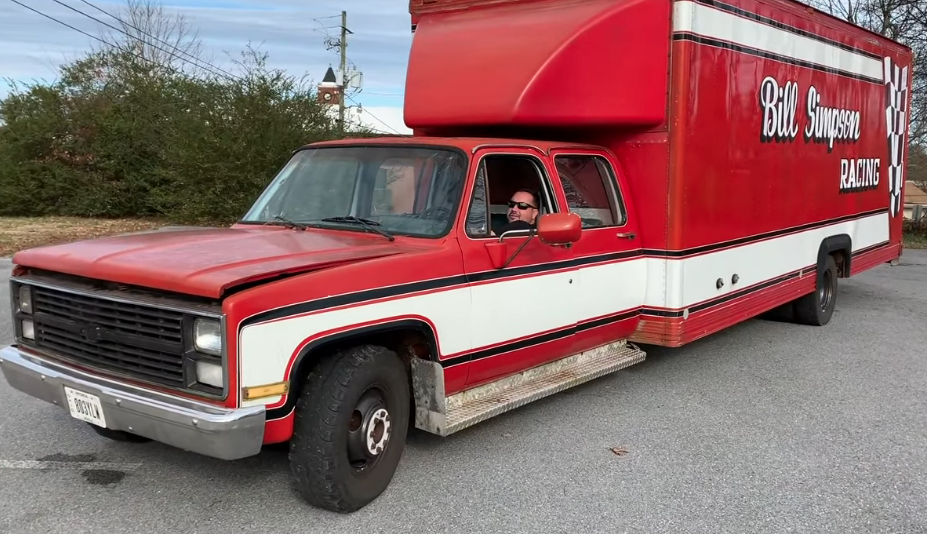 So late last year Finnegan and Dave bought another square body ramp truck, but this one was enclosed. This was before buying the white enclosed ramp truck now known as Square Force 1. As cool as Square Force 1 is, this Bill Simpson Racing enclosed ramp truck might be a little cooler. Well except for the stuff on it that doesn’t work, and the part where someone decided it only needed a small block. Weird, but true my friends. But I digress! Since even Finnegan doesn’t need three square body ramp trucks, he’s decided that this one needs to go. But he doesn’t want to sell it. Nope, he wants to GIVE IT TO YOU! Okay he wants something in trade, but he’s open to whatever might entertain them. Seriously, the list of possible trades is a mile long or more so NOTHING is off limits when it comes to ideas for trading. In fact, they want you to email them photos, videos, and descriptions of whatever it is you have and want to trade.

I have to tell you, the desire to trade is so strong I actually spent some time trying to figure out what I had or could get to trade with them and then remembered that I’m moving to Texas and there is no reason in the world for me to own this thing right now. At least I realized it before making some huge mistake, and before screwing you out of your chance to own something awesome! Yep, I’m doing it for you kids. So email them and tell them what you have to trade!

Until then, watch the video to find out where to email them and to see just what you’ll be getting if you are the one they choose to trade with.

Welding Isn't Rocket Science, But Here Are The 7 Most Common Mistakes People Make When Doing It Who In Their Right Mind Wouldn't Close This Intersection Or Fix The F'ing Bridge?

3 thoughts on “Finnegan Wants To Trade His Enclosed Ramp Truck For ALMOST ANYTHING ELSE!!!”