Cool Old Video: Did You Know That GMC Worked With Lotus On Active Suspension For Trucks In The Late 1980s? 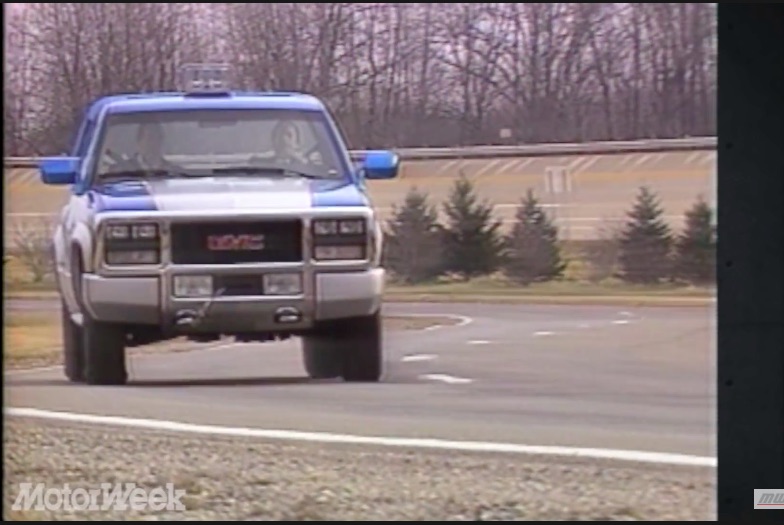 This is one of those, “wait…what?” moments for us. Apparently in the late 1980s General Motors and Lotus were working together on active suspension systems and the plan was apparently to debut it in GMC trucks?! This whole thing is wacky and the video below that actually shows the “GMC AR400 Project Truck” on and off road is wild. Why? You are actually going to see this truck go into a “death wobble” a couple of times as it is driving! The first one comes on at 1:50 and you’ll see the second one a little bit later on.

The video is hopeful in the statement that some of this technology would start showing up on GM cars in the late 80s or early 1990s. It was a while more than that and we’re not entirely sure this system had anything to do with the magnetic system which ended up being not only amazing for GM but licensed to car makers around the world.

The truck is pretty cool. It was definitely built to get attention. The paint work, the cool brush guard with integrated winch, the weirdo massive light that sticks up like a poorly combed cowlick.

One thing we can say is this. We’ve never seen a vehicle with independent front suspensions go into the death wobble. That camera guy on the outside of that curve was either ignorant to what happened or feeling lucky that he wasn’t squashed by the truck!

Press play below to see this video featuring a 1988 GMC truck with active suspension!

Horsepower Costs Money: Wrangler 392 Pricing Is Coming In Hot - Have $70,000+ For A Jeep? This Video For The 1962 Corvair Monza Touts A Hurricane Of Power Under The Hood - Cool Gear Jamming As Well

One thought on “Cool Old Video: Did You Know That GMC Worked With Lotus On Active Suspension For Trucks In The Late 1980s?”