Old Caterpillar Video: This Introduction Film Of The Caterpillar 944 Wheel Loader From The 1950s Is Awesome 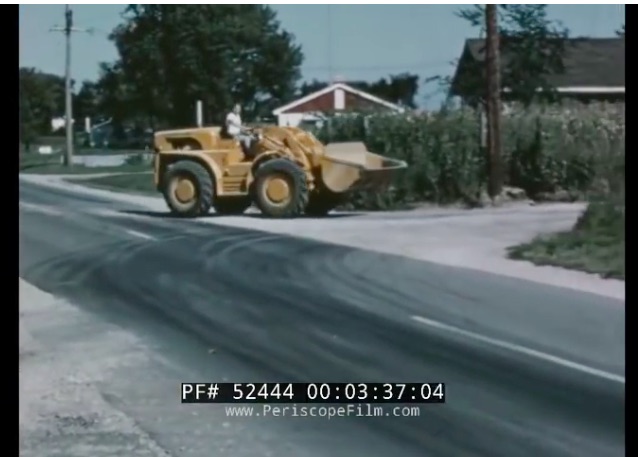 We take lots of stuff for granted today when we see it. Machines and operations that have seemingly been around since tim first began. The fact of the matter is that everything we do as human beings is evolutionary and that includes how we move the Earth and design the machines that we do it with. This video from the 1950s shows off the (then) new Caterpillar 944 wheel loader. The company that was (and is) so famous for making crawler tractors of all shapes and sizes wanted to make sure the world knew that they could make one equipped with tires as well.

The video is cool because we see the machine working in all different types of conditions. Scooping loam, sand, gravel, and whatever else they wanted to capture on film. We see the tractor being driven at its maximum speed of 24mph in it road/travel gear, and we see it stopping for a school bus to let kids cross the street in front of it.

We dig the fact that we get to check out the engines and see the wild transmission that sent the power to the axles. Oh, axles. We see those too as the tractor is driven over an old school lube pit (at least that is what it looks like) and the camera has a perfect view of its guts from the perspective of an ant.

A cool machine and a great film!

This 1950s Caterpillar video shows the awesome 944 when it was brand new!

Daddy's Thing: This 1958 Bel Air Drag Car Has A 540ci Big Block, A Tunnel Ram, and The Ability To Fly! Brains Or Balls? Watch This Excavator Operator Take The Quick Way Down A Hill - Does He Make It?