Here’s Mud In Your Eye! Watch This Compilation of Crazy Mud Bog Runs and Wrecks From The 1980s 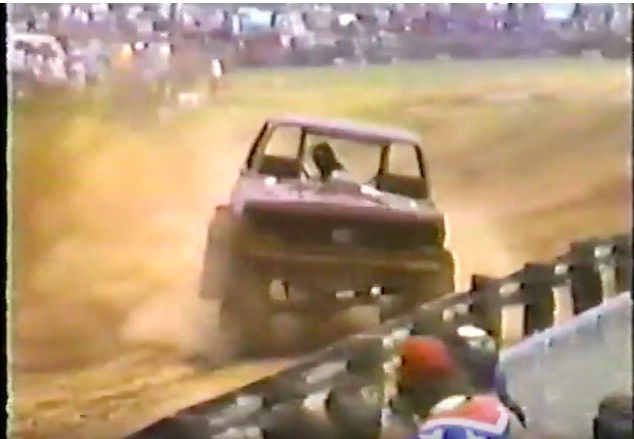 With the explosion in popularity of monster trucks in the 1980s, other motorsports in that genre of competition were also uplifted. One of those sports was mud bog racing. It was the simple fact that many monster truck shows also featured mud runs as an “undercard” that helped the high horsepower machined designed to plane over the slop get more attention than they ever had before. With TV appearances and growing  crowds around the country due to the increased exposure of the sport, things got faster all over the place. When thins get faster in any sort of racing, they get crazier.

This video shows some wildness from the Pro Mud series back in the early 1980s. It also highlights plenty of cool rigs making clean runs too, but the crashes will make you wince. Early on in the video you will see a Chevy truck get sideways and perhaps suffer a stuck throttle because the thing roars across the pit, flies up the embankment, and them hammers the guardrail that serves as the last line of defense between the people and the racing vehicles! Yikes!

Mud bog racing at this all-out level is pretty wild. These things share a lot in common with drag racing cars when it comes to chassis and horsepower. Believe it or not, the suspension setups on the really balls-out efforts tune like drag racing cars as well with adjustable shocks and some real big dollar components. While there is a certain homespun feel to the sport by its very nature, the competition is deadly serious and continuously advancing technologically.

We dig this video because the trucks and race vehicles are cool, the crashes are gnarly, and it is a reminder of just how far the high horsepower world of mud bog racing has come.

Battered Barracuda: Check Out This Tribute To The Bashed Barracuda In The Awful Movie Highwaymen It's Blown Baby: This Vintage Road Test Of A Supercharged 327 Powered Avanti II Shows Just How Neat These Cars Were

One thought on “Here’s Mud In Your Eye! Watch This Compilation of Crazy Mud Bog Runs and Wrecks From The 1980s”