I’ve Always Wanted One Of These Import Mini 4×4 Trucks, But What’s It Really Like To Get One? 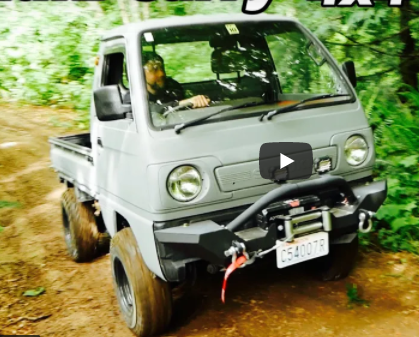 I know a lot of you out there have really wanted to get hold of one of these little import Mini 4×4 trucks, whether it is to drive on the street, around your property, or to take wheeling on weekend trips. I know I’ve always liked them, and they are available from several manufacturers and sold for a variety of prices online from importers who bring them over from Japan and other Asian countries. Some sellers, in some states, claim that you can register them for street use in some states, and Texas in apparently one of those. I am not sure if they end up the same as a side by side where you are limited on the streets you can drive them on or not, but if that was the case I’d be good with that. Nobody is going to want to run one down the freeway without some serious modifications. But I sure do thing it would be a fun little utilitarian vehicle to have. I’d like a crew cab, 4×4, with a nice bed on the back to use on our property. I think it would be nicer than some of the side by side or gator options, if for no other reason that air conditioning. LOL

At any rate, this video shows one that has been fixed up, but still has issues, and is now being fixe and driven to see just what these little trucks are capable of. I think you’ll dig the video, I know I did, and I still think I might want one.

Spectator Video: Watch Max Verstappen's Controversial Crash From Silverstone From A Fan's Video! The F-Bomb Project Keeps Coming Together. All The Pieces Are Starting To Be Connected And It's Looking Killer.

2 thoughts on “I’ve Always Wanted One Of These Import Mini 4×4 Trucks, But What’s It Really Like To Get One?”