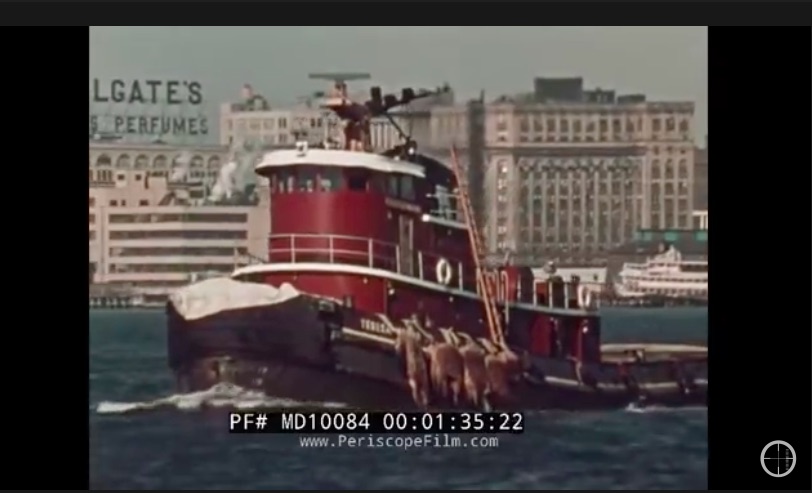 Captain Grover Sanschagrin was one of the most knowledgeable, experienced, skilled, and level headed guys who has ever piloted a craft in New York Harbor. This is a guy who spent decades on the water of the harbor. He knew every tide, every current, every wind pattern, and every weird little curveball Ma Nature would attempt to lob at guys like him on a day to day basis. He is a man who built his own home, with his own two hands, from the felling of the trees to clear the land, to the wiring of the lights in the bedrooms of his children. Oh, he was also so well respected and known that when ocean liners came into the harbor, he was the pilot that brought them in. We’re talking the QEII and every other of the massive machines that roamed the seas back then. You’ll see him in action.

You’ll also see something of a foreign concept in today’s world. Serenity. You’ll see it in his job, you’ll see it in his face, and you’ll see it in the way this documentary is made. There is no crummy attempt to make some docking look dangerous, some manufactured crisis that validates the captain in some way, nope. There’s is a man who is very good at doing what he does, doing it. We loved every second.

48 hours on and 48 hours off. That was his shift for many, many years. Nor surprisingly, I love tug boats. Like a tractor on the water they perform yeoman’s work and do it with huge horsepower and skilled operators. This film is really great.

DAKAR 2022 Daily Video Highlights: Stage 8 Baby! The Saudi Arabian Desert Is Putting Up Quite The Fight. Smallest Recall Ever: Bugatti Recalls All 60 Chiron Pur Sport Models Ever Made

One thought on “Profile Of Awesomeness: This Look At NY Harbor Tug Boat Captain Grover Sanschagrin Is Fantastic”