Did Ford Really Try To Sell A Cab Over Big Rig As Aerodynamic In 1977? Yes, Yes They Did 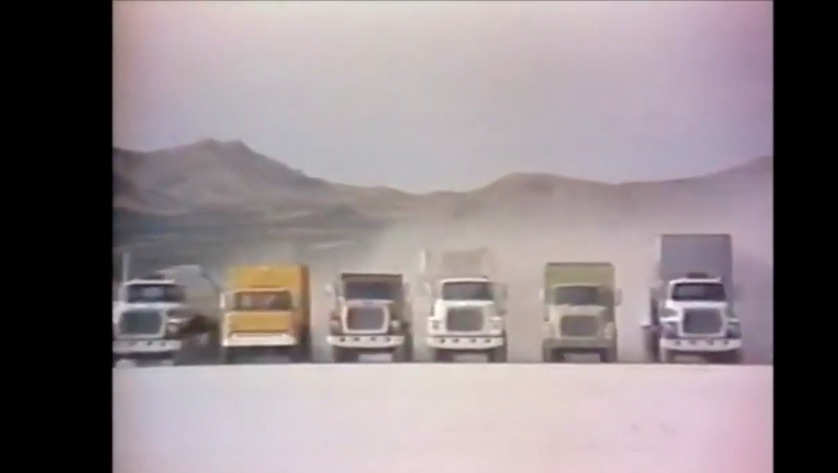 One thing you just do not see on TV anymore are commercials for big rig trucks, right? When is the last time you saw a single name for a truck on your television? As we’d say in Boston it’s probably a wicked long time ago. Back in 1977 you’d see such ads like this one from Ford. They’d normally use persuasive stuff like horsepower and torque ratings to get your attention and perhaps sway a trucker or fleet manager to pay attention to their brand. They would also sometimes use wanton bullshit like calling a cab over rig which is like a two story house on wheels, aerodynamic. They’d also employ some random streaks of green to really convince you that they were telling the truth.

Meanwhile they were lying and their pants had caught on fire because of it.

Don’t get us wrong, we love this ad. The whole lineup driving across a dry lake and then splitting off to show the new boss of the Ford lineup like some sort of conquering hero? The bragging about the size of the cab that makes a Latvian prison look cozy? Love it. We love all of it.

Watch this and smile.

5 thoughts on “Did Ford Really Try To Sell A Cab Over Big Rig As Aerodynamic In 1977? Yes, Yes They Did”