Weekend Theater: Steel On The Rouge Is An Incredible Documentary About The Steel Production At The River Rouge Plant 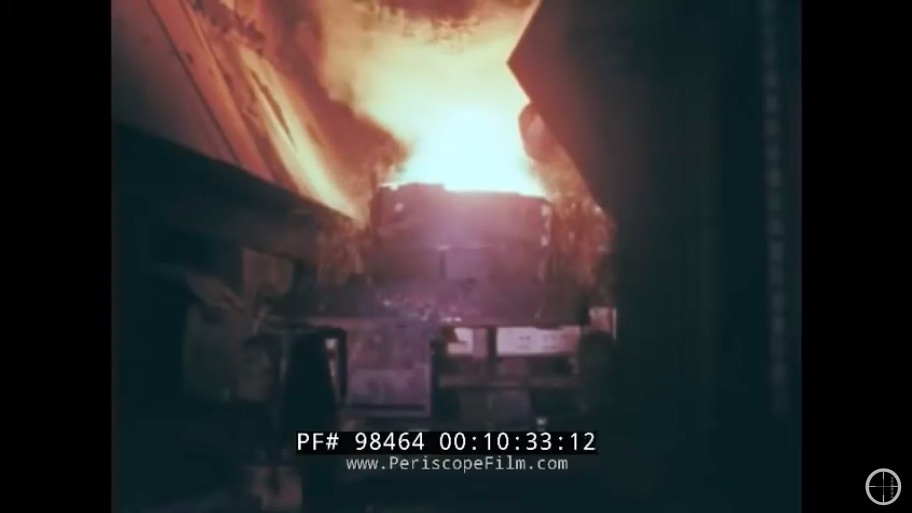 There are few factories that have actually and literally changed the world. Ford’s River Rouge plant, at its height was the most incredible factory that the human race has ever produced. Quite literally, raw materials entered one end and completed cars exited the other. It is not a place that was super helpful to the environment. It was not a place that seemed like an amazingly fun place to work when it was really cranking in its original form, but it is a place that has been studied, analyzed, and parts of it have been replicated the world over. This being said, it was an industrial colossus the likes of which the world had never seen.

In this film we see one part and perhaps the most amazing part of the process. That’s the mining of ore, the shipping of it across the Great Lakes, and then the processing of it into steel at The Rouge. This place was so massive and productive they produced so much steel that the majority of it was exported to other Ford plants for the stamping of bodies and other functions. They developed processes to take the low grade ore that they were getting and transforming it into the high quality stuff that they needed for the results they were trying to achieve.

This is not a braggart or propaganda style film. It is as dry and deliberate a documentary as you will ever see and that is the genius in it. You cannot embellish this process or story and make it better. Just simply seeing The Rouge operate is the message in an of itself. Incredible. Every blessed inch.

2 thoughts on “Weekend Theater: Steel On The Rouge Is An Incredible Documentary About The Steel Production At The River Rouge Plant”