The 1955 Chevy Apache Pickup Rebuild Continues! The New Clip Gets All The QA1 Upgrades. 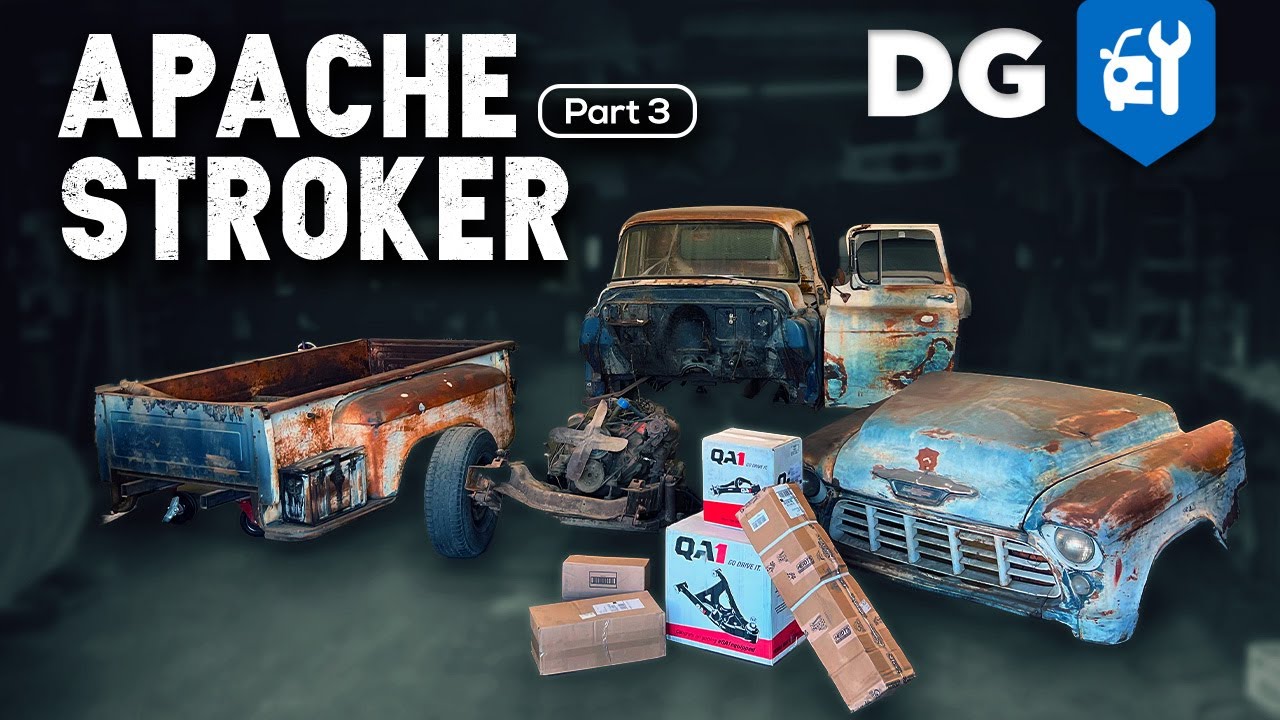 This project is way bigger than you might think, as the Deboss Garage gang scores a support rig from the Dirt Cinema guys and then buys this 1955 Chevy from Stanceworks before taking over his shop to make some changes. We’re talking about major changes, as this truck is going to get a front clip swap, LS swap, rear step notch and 4 link, and so much more, before driving it 5,000 miles back home to Canada. This is no small feat, it’s going to be epic. This is the second video in the series and there is a lot more coming, stay tuned.

The latest DEBOSS Garage project is this cool 1955 Chevy truck that has been sitting for far too long and is in need of some love before being driven cross-country home. And not only are they going to do the ’55, but they are also taking an OBS Chevy to use as their support rig. They stopped at Dirt Cinema’s headquarters to see Johnny and Manuel so they could pick up the OBS and found it isn’t as pretty as they thought it was in the photos. Of course when they get the wheels and tires off of it to do some work to it they realize just how nice it is since it is a corrosion-free California truck, something they can’t even comprehend since they come from the hell we call snow country.

Regardless, they do some quick maintenance, swap the wheels and tires, and are on the road in this now cooler looking OBS on their way to the ’55. And that’s where the real fun begins. Watch, cause there is going to be a lot of driving and hauling and back and forth to finally finish up this ’55 for the drive.