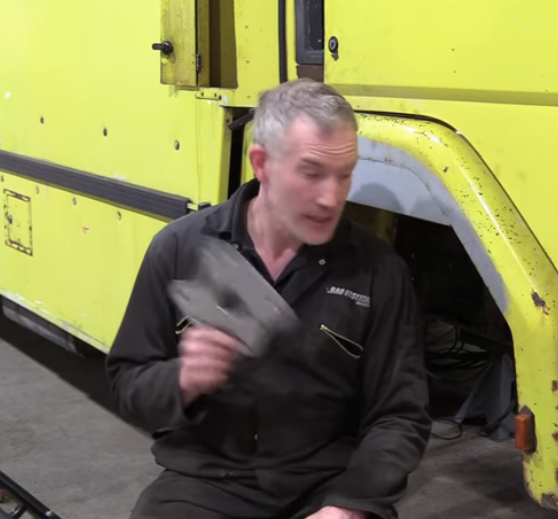 Cummins swapping a square body or something like that has become sort of common, even if it is a lot of work, but when the Bad Obsession Motorsports boys from England decided they needed to dump their ultra heavy low powered diesel powerplant out of Project Escargot for something more powerful and befitting of a race car hauler the choice was simple. Cummins. And when they found a rig that already had one and was for sale ultra cheap, they just had to snap it up so that they could use the ZF 5-speed transmission, or gearbox as they say, with it. This is a cool project and the entire swap was done to get more power and lower weight so they could haul more stuff and do it better.

Mission accomplished? Well the weight savings is hundreds of pounds, as in nearly 500 and the power is double that of the original powerplant. But are they going to leave this one alone or do some power upgrades? Hmmm. Watch the video and see what you think. We think this install was so stinking simple easy that it boggles the mind. Watch how a couple of adapters make this one require nothing but drilling some holes. This is our kind of swap!

2019 Danchuk Tri-Five Nationals: Celebrating Three Years Of Chevrolet In One Massive Throw-Down! These 1960s Race Car Classified Ads From The Back Of National Dragster Will Make You Smile AND Cry - Awesome Stuff