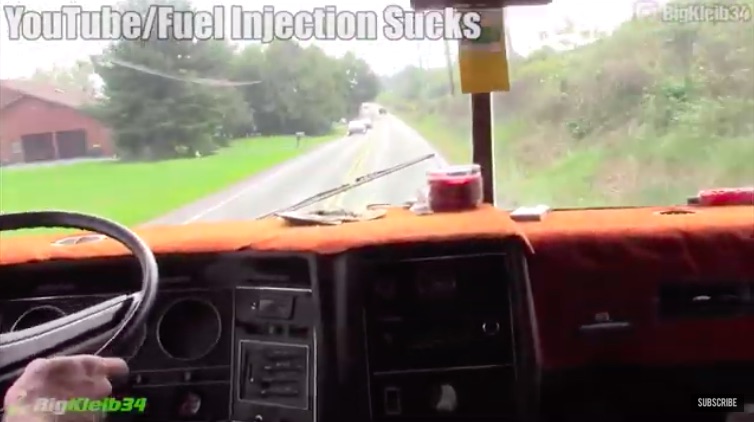 Here’s one that should hit most BangShifters right between the eyes! This video captures a bunch of the action at the yearly cluster of horsepower known as Cruising Ocean City. This Maryland tradition has been under fire for a few years and as you’ll see in this video, the city really has locked down on the typical kinds of gearhead fun that pops up at events like this. There are guys on horses and bikes writing tickets for various violations. One crazy guy in a Ford truck seems to be reveling in the fact that he got nailed.

Either way, the payoff here is an insanely clean, turbocharged LS-swapped motorhome that we ride in, watch make some power pulls, and generally love in every way. The owner of the rig is cool and talks about how they did it on the cheap and shows off some of its various charm. This really is an awesome piece and not some over the top build. Awesome!

Video: Louie Force and His Wheelstanding 1953 Kenworth Look Back: This Review Of The 1982 Corvette Is A Study In The Overall Evolution Of The Nameplate