Got Guts? This Video Showing Guys Trucking Through Africa Is Wild – Cowboy Capitalists In Action 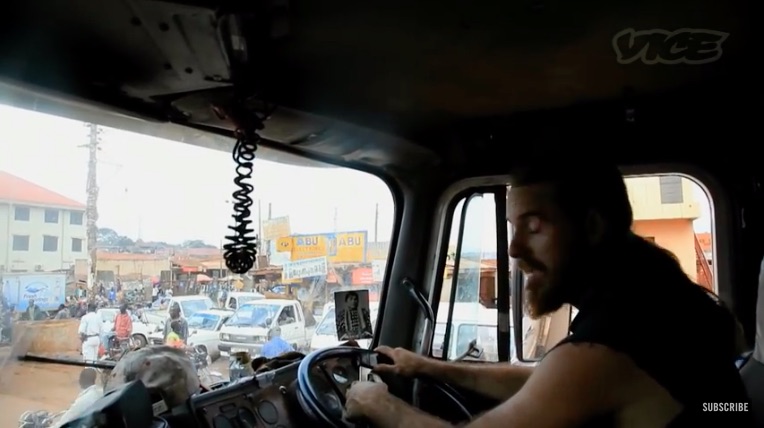 Risk and reward, that’s what life is about, right? Guys and girls who take bug risks can garner themselves big rewards. They can also find themselves in big trouble or on the losing end of a big bet. There seems to be few places on Earth where risk and reward exist at such extremes as they do in Africa where people still go to make big money by doing the seemingly impossible. This film is proof of it and it strikes right at the heart of the adventurous gearhead in all of us.

Basically what you are going to watch is a group of guys who are moving dilapidated trucks that would not pass any sort of inspection in the United States being driven across multiple African countries on roads that are barely fit to walk on. Oh, and one of them is hauling a massive bulldozer. The drivers are American guys, the owner of the company who puts this whole deal together is American and to say that they are flying by the seat of their pants is the understatement of the decade.

These guys are tough, smart, and resourceful. They have to navigate the roads, the roadblocks, the trucks acting like the shitpiles they are, and they mostly do it all with smiles on their faces understanding that this whole thing is so utterly ridiculous no one would believe them if they told the story anyway.

Don’t think you can fix a truck differential with bananas? Watch ’em do it.

The 2022 GMC Sierra Lineup Has Been Introduced - Cool Trucks But Does Your Wallet Have The Payload Capacity? Ride Along Video: Attack Bristol In A Super Late Model and Crank Up The Sound