When The Announcer Becomes The Driver: Watch Mike Gallaway Pilot Bigfoot Around A Parking Lot Back In The Day 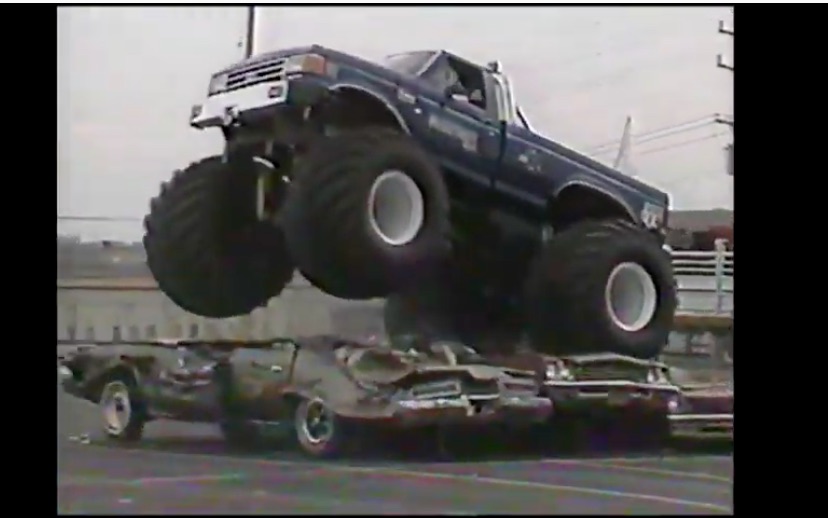 If you grew up watching pulling, mud bogging, or monster trucks, you know Mike Gallaway. He was a prolific announcer of that stuff and someone who’s voice would be coming through your TV screen or out of your VCR back in the day as well. He did events from everywhere seemingly all at once and that is what makes this video event better.

The neat consequence of being a professional motorsports announcer is that you come friends with the people who own, drive, and wrench on the competition vehicles that you’re constantly talking about. Inevitably this leads to some fun conversations. Being offered the shot to drive someone’s car or truck is not uncommon and speaking personally, I never take those opportunities because I’m not a race car driver and I have little interested in replacing someone else’s stuff when I pile it up. That said, there are a few shots that I would take no matter the risk and Mike got one of them that I’d do unnatural things to get an opportunity to do. Drive Bigfoot.

Mike got to cruise the truck around a parking lot, mash a couple of cars, and get the general experience of the driver doing the era of hard suspensions and bruised kidneys. Not only does he talk us through all the stuff, he does a really nice job of driving the truck.

You can tell by how he and Jim Kramer interact that they’re both pals and you can also tell how excited that Gallaway is and how happy he is after the fact. This is good stuff and a fun trip back to my living room carpet as a kid.

Watch Bob Wollek Dominate An IMSA Race At Sears Point And Then Wreck Horribly In The 1980s A Quick, Happy Little Car: This 1995 Profile Of The New Dodge Neon Is Awesome - These Things Were Fun!