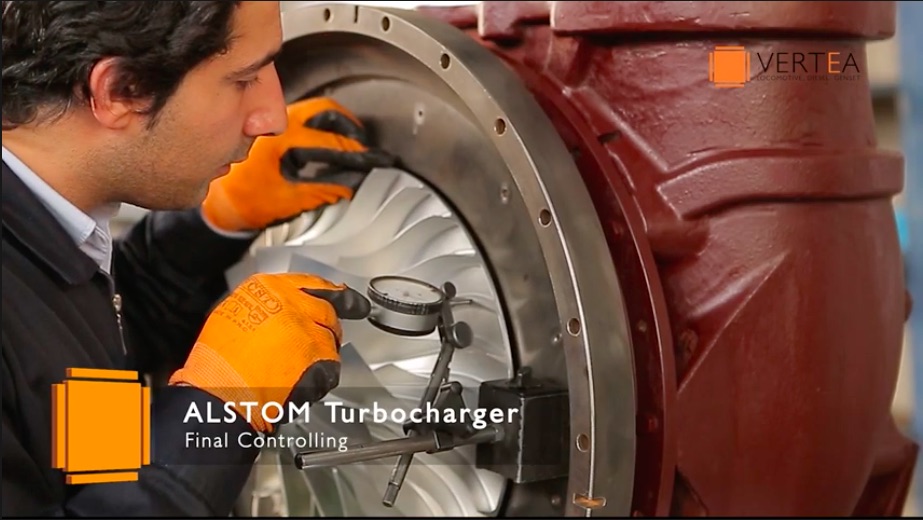 This is one of those times when we really don’t have much to tell you about the context of the video below other than to say, THIS TURBO IS FLIPPING HUGE AND WATCHING IT GET REBUILT IT IS AWESOME! Yeah, it’s lacking in some scientific and engineering qualities with that description but that’s what we were thinking the whole time. This turbocharger feeds a 16 cylinder, 4,500hp engine that powers a locomotive. What country? No clue. Who made the turbo? We can only answer that because the manufacturing badge is on it late in the video. It is a Hispano- Suiza unit. Yes, that some company that was making airplanes engines in like WWI, same guys. Neat, right?

Just look at the side of the wheel they drag out of the box to stick in this thing. Hell, just look at the shaft the wheels ride on and how freaking massive it is, even compared to a “big” car turbocharger.

This is just some fun gearhead video to revel in.

Press play below to see this awesome locomotive turbocharger get serviced –

This Bad Ass 1966 Nova Is One Bad Blown Beast. The Want Is Real. Chamber Music: Watch And Listen To This 4.7L Maserati Indy V8 Make A Dyno Pull -Sounds Awesome!