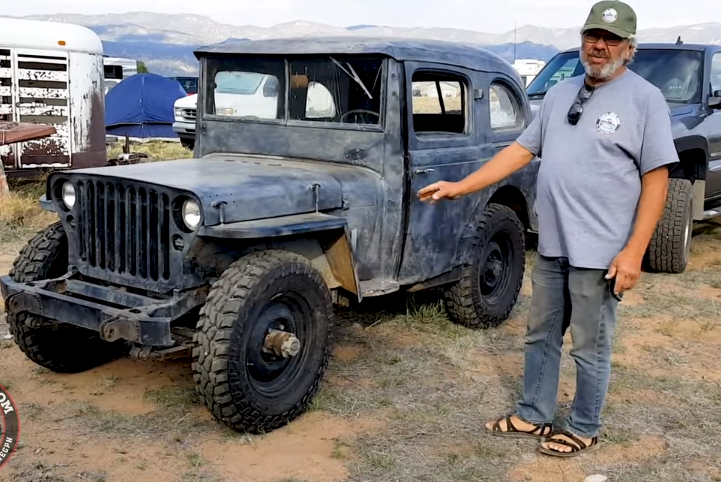 Rick Pewe is the most hard core Jeep guy I know. As far as he’s concerned, every Jeep that matters came with flat fenders, or something like that and I’m not one to argue with him. I’ve known Rick for a while, in fact somewhere around 14 years now that I think about it, and met him while hanging out with Freiburger back in the day. He is a fount of information on Flat Fender Jeeps and I took my first ride in one while he watched a giggled like a little kid. If the name looks familiar, that’s because Pewe was the Editor of 4-Wheel and Off-Road Magazine for nearly 20 years, was inducted into the Off-Road Hall of Fame in 2010, and is a bad ass who’s raced and rock crawled all over North America. To say that he’s a knowledgeable cat in the world of off-road rigs would be an understatement. With all that said, one of his most entertaining attributes is his penchant for stuff that is weird, and this is why we are friends.

When you watch the video below, which features a 1941-1945 Willys MB Military Jeep that has had some seriously interesting modifications done to it, you’ll love Rick’s play by play on the mods, the features of this rig, and the features that would have come stock on the Jeep. His excitement is infectious, which is why I had to share this video, but we’ll probably be sharing more now that I’ve seen the channel in action.

Watch, laugh, cringe, whatever, but know that whether you like it or not this Jeep is rad because it has flat fenders.