Homemade Heroics: Watch A Wild Vertical Take Off Airplane Get Built At A Guy’s House In 1950s America 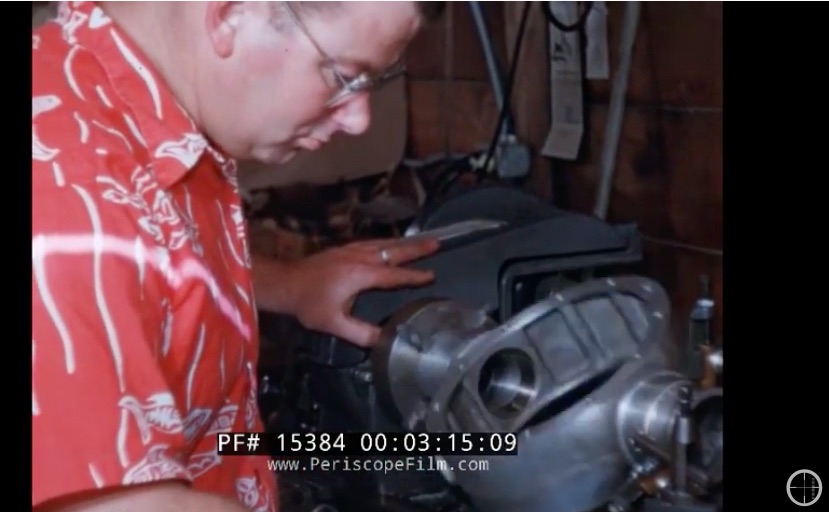 This is one of those videos that makes you realize just how much the world has changed over the years, right? Yesterday we showed you Franklin Dobson and his cool hovercraft that you could have built from home. Today we look at video of what might be Dobson’s most impressive private project, although it’s never really spoken about in aviation history so we’re guessing it was a failure. This is a video documenting the construction of the prototype Dobson “Convertiplane” which was a VTOL (vertical take off and landing) aircraft that would lift off like a helicopter and then the props would level out and drag you around like a normal plane does.

The most awesome parts of this video are the actual machining and construction of the prototype. We see guys making stuff on lathes, welding by the swimming pool, fitting beautiful gears and differentials together, and the list goes on. It appears that basically all of this aircraft was built in either a single small home shop and backyard or a few home shops and backyards. Either way, this is the stuff people used to do before the internet existed. Who knows, these guys probably read books as well. Gasp!

A little more digging on Dobson seems to have turned up some interesting facts, like the idea that he was the designer of the most widely used glider aircraft in WWII, he got the boot from Germany in the 1930s while studying aeronautics and apparently getting a little bit too far ahead of the class, and the list goes on.

This video is a visual link to a world that seems so, so different than that of 2020.

Press play below to see our man Franklin Dobson creating an airplane at home!