The Compilation Video Featuring Locomotives Crashing Into Stuff Is Wild 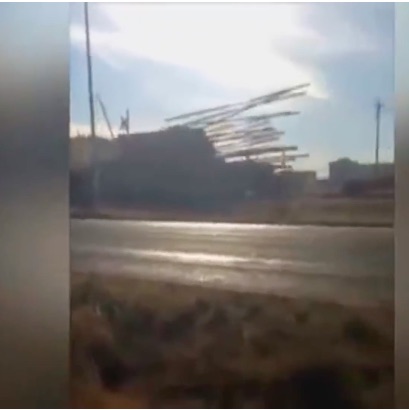 Trains are interesting for a thousand different reasons but at the end of the day, their immense power is only truly illustrated when you see them run into something. They look all docile just rolling along with a mile of cars behind them. You see them hauling all of this stuff but there’s nothing to alert anyone of just how insanely bad ass a locomotive is until you see one plow into a loaded tractor trailer truck and it treat’s the thing like a Hot Wheels car. It is also amazing when you see one come off the tracks and how much bigger one of those babies looks when you realize that it is completely and utterly stuck.

By all appearances, no one was harmed in the making of this video. People flee as the locomotive approaches and the derailments are at slow speeds and there’s no real way someone’s getting killed in a 5mph tussle. Technically they could but that would be bad luck on a biblical level.

If your week has not been going to plan, watching locomotives run into stuff will make it better. Why? Because the people involved here are having a WAY WORSE TIME THAN YOU.

FOR SALE: This Clean 1968 Nova Is Ready For Some Real Horsepower, But Would Make A Perfect Cruiser As Is Ridetech Wins Goodguys Best New Suspension Product Of The Year Award In Columbus With Ford F100 System!