Cool Video: The 10 Best Sounding Diesel Engines Of All Time! 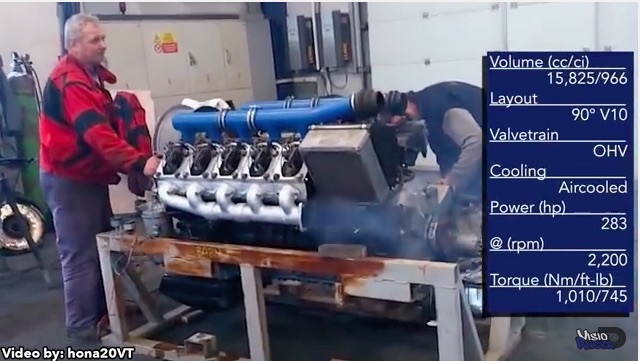 When it comes to diesel engines, not all of them are created equal. That’s in terms of horsepower, torque, and even the noise that they make. The video we have for you below is pretty awesome in the fact that it highlights the 10 best sounding diesels of all time (as chosen by the guys who made the video) and not only does it go through each one, but it gives specs, it gives some history, and it gives multiple examples of each engine rumbling away in a vehicle or on an engine stand.

What’s funny about this for us is that most of the time these lists have some sort of massive, glaring omission but this one? This one seems to have been made by people who actually know what the hell they are talking about. There are European engines on here, a bunch of burly American engines, and the mix is awesome. We genuinely learned stuff while watching this, especially about some of the screamers from Europe that we had no idea of. Additionally it does not just stick to big truck engines. There are some of the most familiar “light” diesel engines on this list as well.

If you loves some compression ignition like we do, you owe it to yourself to press play, crank the speakers and listen to the clattering, screaming, rumbling, and sometimes raspy voices of the prime movers that keep the world and its goods on the go. This is really cool!

5 thoughts on “Cool Video: The 10 Best Sounding Diesel Engines Of All Time!”