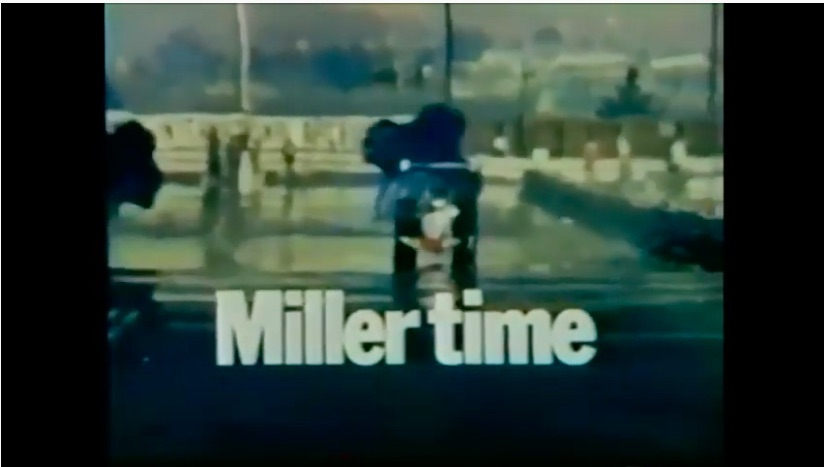 It’s Friday. It’s summer. It’s beer ‘thirty somewhere, right? Well if it’s too early for you to imbibe as you read this, let the killer 1974 Miller Beer ad below carry you into the afternoon. This is one of those “more than meets the eye” moments and while it takes a high level of dorkery to discern it, once we figured it out, it made the whole thing more interesting.

At first we were liking the ad because it was a drag racing piece that used the classic “eight packs a day voice” 1970s announcer but then we started to look a little closer at the car. It took a little digging but the competition number 713 was spotted at one point and that’s McEwen’s number (how we remember this and not other important life things is a mystery). Once we figured out it was Goose’s car, we rolled the tape back and forth and made sure our eyes weren’t lying about the driver.

It’s not McEwen for the “glamour shots”. They found a guy who looks like him and who fits into his fire suit but that’s definitely not Tom McEwen playing himself in this commercial. Why? We’ll never know it appears as McEwen is passed and we’d not have a clue of where to begin looking up the name of the actor playing the driver here.

Long story short, we want a beer and we like drag racing.

Press play below to see this 1974 Miller Beer commercial with top fuel action!