When Weird Was Cool: This MotorWeek Retro Review Of A 1991 Saab 9000 Is A Reminder Of The Bygone Brand 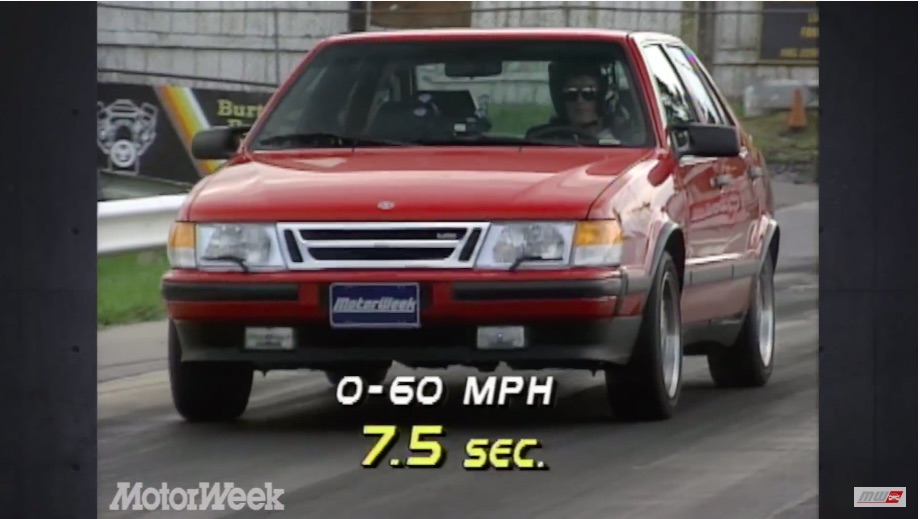 Saab died a crummy and undignified death. Swallowed by a listless giant in General Motors, it was basically yet another casualty of the economic collapse of the 2008 time frame. By then the company was barfing out styling exercises based on Subarus and Chevrolets. It was a far cry from the stuff like you’ll see in this video. The 1991 Saab 9000 didn’t look or drive like anything else on the road and that was the point. The company was unapologetically odd and the cars struck the fancy of buyers who wanted a European experience but didn’t see themselves as Audi or BMW owners.

This particular car was a ripping little sedan. The 0-60 time of 7.5 seconds due to the turbocharged engine had the testers and anyone who bought this thing 30 years ago grabbing gears with a smile. The 2.3L engine in this car was strong as iron and the cars typically ran for a long, long time. We had guys land speed racing these with upgraded turbos and loads more boost than stock. 160-170 in the standing mile was not uncommon.

As weird as it sounds, we’d rock a clean version of this car today. Not to show off but as a daily driver. They did all the stuff pretty well. When compared to other junk from 1991 like a Ford Tempo, we think you’d make the same call. The fact that it is fast enough and capable enough in handling to hang with today’s cars makes it all the better.

Press play below to see this 1991 MotorWeek Retro-Review of the Saab 9000 a hustler!

Random Car Profile: Opel Manta 400i, Opel's Other Group B Rally Car Stealing The Show In Orlando: Watch The Quickest Side By Side Pro275 Pass Ever And Mark Micke's Record Shattering 3.82 Run!