Hydraulic Press Channel Craziness: Crushing A Portable Charging Pack Is The Most Spectacular Thing Ever 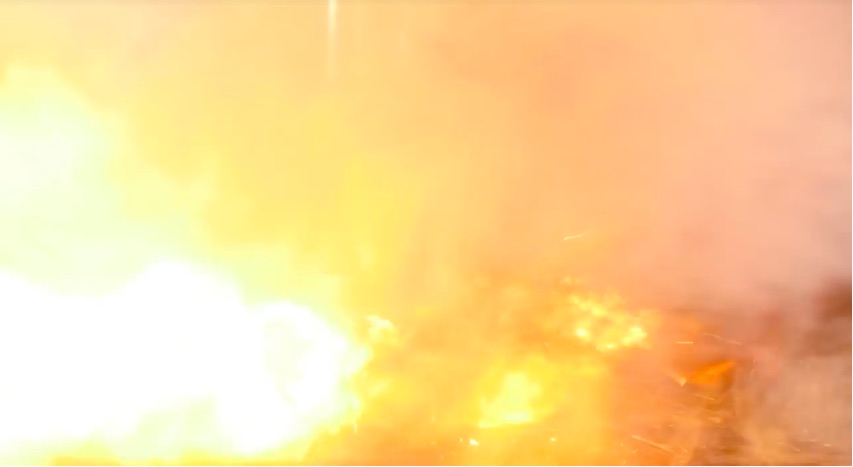 Well this is something interesting. Our man at the Hydraulic Press Channel has a twofer for us in this video. For starters he takes a standard cruising model tablet and gives it the business on his press. That thing meets a slightly more entertaining ending that you’d expect but it is crushing a portable charging pack that really gets wild. Obviously we all know the stuff about batteries and how Lithium-Ion style units can end in spectacular fashion if the beans get above the frank, right? We have seen Chinese hover boards, vape things, and other battery powered equipment self-combust in spectacular fashion but we have never seen one go up like this.

Press dude takes a couple of dozen sharp screws and makes a bed for the thing to be squashed on before lowering the press on the charger. It does not take long for the smoke to start and then immediately after a very impressive amount of fire comes rocketing out of the thing in every direction. He abandons ship to let the air clear of all the noxious fumes and badness that were released, which is probably a good idea.

When you see what’s left of the thing you’ll be as impressed as we were at the heat released during the process.

So if you have ever thought about crushing your portable charging pack, make sure you are prepared. This one produced a heck of a display and it was pretty small!

This Video Showing How Rolls Royce Merlin Engines Were Built Is Amazing BangShift Question of the Day: What's the Biggest Underdog Engine?

2 thoughts on “Hydraulic Press Channel Craziness: Crushing A Portable Charging Pack Is The Most Spectacular Thing Ever”